Madhya Pradesh is called Heart of India, the second largest state of India is Madhya Pradesh. From the impressive architecture of the past, the rich history of the state is clear. Not only is Madhya Pradesh Tourism renowned for its vibrant heritage and architectural wonders, it is also known for its natural attractions, such as hill stations, stunning landscapes, sanctuaries of wild life and national parks. Madhya Pradesh tourism has seen remarkable growth in the past few years and has succeeded in carving a special place for itself as the tourist destination in India that must be visited. 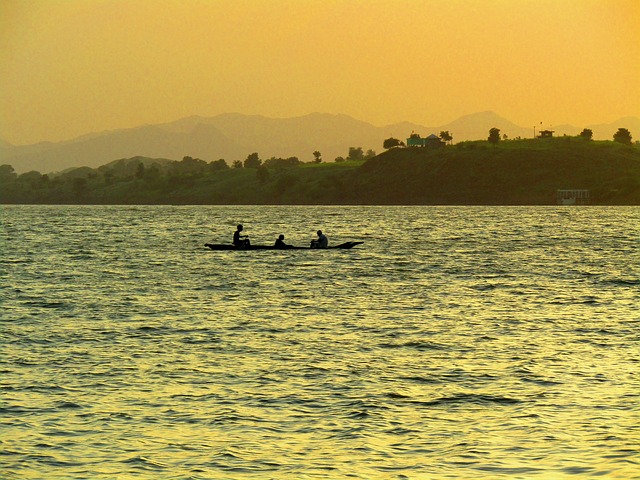 What is the Best time to visit in Madhya Pradesh?

How To Reach Madhya Pradesh?

By Rail: The state has a long rail network, with Jabalpur serving as the West Central Railway Zone’s headquarters. Parts of the state also comprise the Central Railway and the Western Railway areas. There are a total of 20 broad railway junctions in the state, including Ratlam, Indore, Bhopal, Jabalpur, Gwalior, and Khajuraho stations. Direct trains take about 12 hours to reach Madhya Pradesh from Delhi, Mumbai, or Bangalore.

By Road: The length and width of Madhya Pradesh is provided by both interstate and intrastate bus services. At Bhopal, Indore, Gwalior and Jabalpur, the largest interstate bus terminals are. Madhya Pradesh Road Transport and private owners run frequent bus services from all of Madhya Pradesh’s major cities to neighboring states’ famous cities. For eg, the distances within the main cities of the state are huge, it may take an overnight car journey to reach Bhopal from Gwalior and Ratlam from Jabalpur.

Here are the Best Places to Visit in Madhya Pradesh

It is named the ‘City of Lakes,’ and rightly so, Bhopal Tourism, capital of Madhya Pradesh. There are an incredible number of natural lakes and man-made lakes. The town is a mixture of culture, elegance and modernization. Here are the most popular places to visit in Bhopal: Upper lake, Lower lake, Van vihar national park, Bhimbekta, Bhojpur, National museum of mankind, Birla museum, Gohar Mahal, Minto Hall, Taj ul masajid, Bhadbhada dham, State museum of Madhya Pradesh.

Check Out – Top 10 Best Places to visit in Bhopal

The magnificence of the Sanchi Stupa is one of the most beautiful places to visit near Bhopal, and probably in India. It was built by the great emperor Ashoka of the Maurya Dynasty and was believed to have originated in the Third Century B.C. and is one of the country’s most remarkable Buddhist monuments.

In Madhya Pradesh state, Gwalior is a historic town. Gwalior Tourism is famous because it is full of palaces and glorious temples and has a majestic beauty, reminiscent of the glorious history of the region. Gwalior was the born great Indian musician Tansen and the Tansen’s grave is also significant.

Check Out – Top 10 Best Places to Visit in Gwalior

Indore, the greatest city in Madhya Pradesh, is renowned for its beautiful architecture and is situated on the banks of Sarawati rivers. The country is up to date with the modern world, but a visit to Indore gives you the impression that you are in a strange and ancient part of the world. Some of the popular places: Lal baag palace, central museum, Patalpani waterfalls, Town hall, Nehru park, Tincha falls, Indore white church, Krishnapura chhatris, Ralamandal wildlife sanctuary.

Check Out – Top 10 Best Places to Visit in Indore

The Bandhavgarh National Park has been known worldwide as a tiger reserve formerly a hunting ground for the Rewa Maharajas. It is known for being the world’s highest density of Bengal tigers. The daily visits by royal tigers make it a must-visit national park for all lovers of the wild. Around 44-49 tigers lived in the park in 2012. More than 22 mammal species and 250 avifauna species exist.

The privilege is to provide the inspiration for the classic book, The Jungle Book, by Rudyard Kipling. The luxuriance of saal and bamboo trees, lakes, rivers and open grasslands is plentiful. The park is abundant in barasingha (swamp deer) and a large number of other species and birds, as well as tigers. It offers a whole-around nature experience instead of providing one specific form of animal. The park is well known for its research and conservation programmes, and there are many endangered species saved.

Ujjain is one of seven main Hindi centres of pilgrimage to mukthi. The city is situated on the banks of the Shipra River, and has a significant number of pilgrims. This old town was once a learning centre. Some of the famous places here are Kal Bhairav temple, Shree Mahakaleshwar Temple, Jantar Mantar, Kalidesh Palace, Vikram Kirti Mandir Museum, Chintaman Ganesh Temple.

Orchha is a historic town on Madhya Pradesh, on the banks of the Betwa River, famous for its palaces and the complex temples it has carved. It is renowned for classic paintings of the mural, its frescos and the cenotaphs, built to remember the rulers of Bundela, regarded as the city of palaces.

Jabalpur has a lot to give, considered the most favourite destinations in the world. Your stay will be worth the abundance of natural beauty and historical monuments. Here are Jabalpur’s top destinations. Narmada Valley, Madan Mahal Fort, Balancing Rock, Bargi Dam, Bedaghat, Dhuandhar Waterfalls, Rani Durgavati Museum, Dumna Nature Reserve.

Check Out – Top 10 Best Places to Visit in Jabalpur

Explore these amazing places to see in Madhya Pradesh and share your amazing experience with us!