Top 10 Must Visit Tourist Places in Haryana – The Tour Buddy

In the days of the Mahabharata, the landscape and area of Harayana were a battlefield. This state is recognized for its arts, music, history of archeology, cuisine, vibrant festivals, and shopping. In India, this state has an epochal history dating back to Vedic times. For several purposes, it’s called ‘The Abode of Heaven.’ On that ground, Veda Vyasa wrote the Mahabharata. For sightseeing, history, culture, graves, towers, parks, temples, lakes, folklore, bird sanctuaries, and more, you can visit them. In this Travel Blog, we are going to share top ten must visit places and things to do in Haryana. 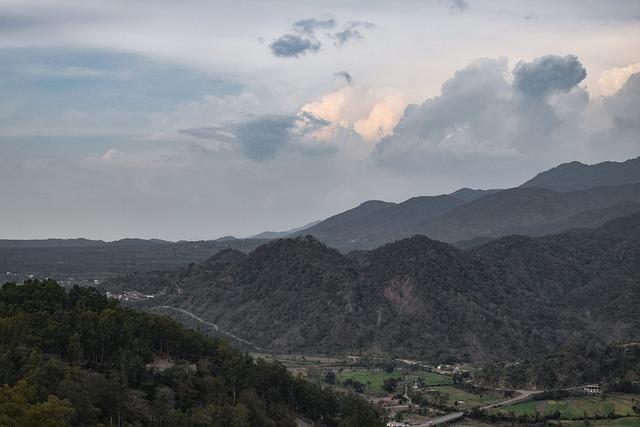 The best time to visit the state is between October and March, so that the hot summers and the rainy season are easily missed. There will be cold and pleasant weather.

How To Reach Haryana

By Air: The state’s main airport is in its capital, Chandigarh. Which is well linked with North India’s cities. The Indira Gandhi International Airport in Delhi, which also provides easy access to the town, is also very close to some parts of Haryana.

Now Coming to top attractions, here are the must-see places in Haryana…

Gurgaon, once only a dull and relatively unknown suburb of the national capital, is today one of India’s most urbanised cities, and is equally well equipped with a view to HongKong and Singapore. It is rapidly becoming a tourist destination for visitors, easily accessed from Delhi and Noida. The city offers everything you might like, from natural treasure,to a flourishing lifestyle and a livelynightlife. In reality, it offers many attractions for nature lovers, contrary to what you might expect from a land-laden area. The Sultanpur National Park and the Bird Sanctuary, home to avast array of unique flora and fauna, as well as bird species, are the place to sitand relax in the centre of nature.
The Sohna Lake, named after an entire stream of sand, is believed to contain gold particles. This is the name ‘Sohna,’ and is an other famous tourist attraction.
Gives the Aravalli Mountain scenic view.

The town of Kurukhetra is known as the “Land of the Bhagavad Gita” in Haryana, and it is known as Dharmakshetra. Located 170 km north of Delhi, it is famous for fighting in the Hindu epic of Mahabharata between the Kauvaras and the Pandavas. The Bhagavad Gita was said to have recited Arjuna in this place. Lord Krishna is said to. In the past, Kurukshetra was one of the key centres of the Vedic culture and education. Lord Buddha and other Sikh Gurus are well known in Kurukshetra for their visit and spending time.

Panchkula is popular on its way to the hills of Shimla, for the ruin of Chandels and trekking in the peacocks of Morni Hills. A satellite city that forms the tricity of the Chandigarh and Mohali is one of Haryana’s most planned cities. This hill-city, ruled by the Chandels of the 9th and 12th centuries, derives its name from the five irrigation canals or ‘kuls’ from uphill Ghagghar. Sector 5 in city is well known for its diversity of fun and food choices. It has also an outdoor amphitheatre and the DRDO Ballistic Research LaboratoryTerminals. It is also a stop over location in Himachal Pradesh before heading to near by mountain.

Check Out – Top 10 Must Visit Tourist Attraction in Chandigarh

Faridabad is the biggest city of Haryana and also its biggest manufacturing hub. The City  has two divisions – Faridabad, and Ballabgarh, is the principal part of the district. In addition, the town shares its boundaries on the north with New Delhi, on the west with Gurgaon and on the south west with Uttar Pradesh.

The city of Panipat is situated 90 km away from Delhi and is famous for its three historical battles which were fought there. It is a tourist destination with numerous monuments, for tresses, temples and magnificent historical connections; it is also called the City of Weavers and Textile City. The village of Panipat was one of the five towns (prasthas), built by the Pandav as brothers during the era of Mahabharata, and is certainly one of the archeologist’s remains of the Old Fort, the Kabuli Mosque, and Ibrahim Lodhi grave, as well as the tomb of BuAli Shah Kalandar.

In Mahendergarh district of Haryana, the old town of Narnaul has been said to be one of the important sites in the Mahabharata Dwapar Yuga. Narnaul is famous for its many grave sand historical sites that go back to the Mughal and Rajput period and are the rulers of Prince of Jaipur and Patiala, claiming to be composite architectural inspirations of Mughal, Rajput, Persian and British.Also known as Birbal’s home in the court of Akbar, Narnaul is the place where the King of Afghanistan.

The city of Nuh traced its origins to the Aryan civilization, later the Tughlaqu dynasty, 70 kilometres from Delhi and at 190 m above sea level. In addition, city is a humble home to numerous ancient buildings and ruins in the Mewat district of Haryana and it’s a day trip into history. In its Trembling Monument, the chui Mai pond or tank,the town of Sheik Musa, Kotla, and the religious sites, the architectural marvels of the site with carvings on ared sandstone and grey quartzite are seen.

Manesar, a unique blend of traditional and modern life styles, is a destination to be visited from Delhi to Jaipur for your next journey. You are strongly advised to spend at least a day in this city, before going a long journey, to experience its farm tourism, spa and relaxation. Manesar is an industrial suburb that is transforming and quickly becoming a prime destination for rural life. Although, the site is renowned for its rustic life and the wonderful views of the Aravali mountains it provides. In addition, the tourism of Manesar’s farm is considered a stop over on the journey to Jaipur. Manesar contains a few resorts that deliver a rural experience of Haryanvi. In general, Manesar offers people in Delhi a fascinating experience of the country side and a pleasant change.

The Heart of Haryana, Rohtak, is just 70km from India’s Heart, Delhi and becomes part of the National Capital Area (NCR). The name of the city and its history have been rumoured. Rohtak has proved to be a city of curiosity with evidence that the old town is as old as Indus Valley Civilization. Rohtak district is split into two sections: Rohtak and Meham.
However, the town of Rohtak is located 250 km south of Chandigarh, the state capital of NH9. This has given way to continuous change while at the same time maintaining the historic significance of the area.

Morni Hills is a hill station in Haryana close to Chandigarh in the outskirts of Panchkula. It is also a popular resort for local residents and visitors, being the only mountain stations in Haryana. Whereas, the hills have a height of 1,220 meter sand very spectacular views. Besides being a great sight, Morni Hills is also an important archaeological site, where carvings from the 7th century were found in the Temple of Thakur Dwar. It is also an excellent place to hike and watch birds. Common walnut birds, such as Crested Kingfisher, BluePeafowl, Calij Pheasant, Red Jungle fowl and Gray Francolin, Quailles and Himalaia’s Bulbul and Oriental Turtle Dove, are all sighted. Also, the entire route from Chandigarh to those quaint hills is a wonderful ride, located a mere 45 kilometers.

Explore these amazing places to see in Haryana and share your amazing experience with us!