Rajasthan, known formerly by the name Rajputana or the land of the kings, is the largest state in the Republic of India. The land of Maharajas, lakes, grace, emotions, adventure, and vibrancy, Rajasthan with its royal essence welcomes you with all its heart. “Khamma Ghani”, it says, and has the beauty that never betrays. Rajasthan is a magical land full of cheerfulness and quintessential charm. In the era where development has taken over, the state remains truthful to its roots and customs. In every street you will find a new ritual, in every face, you’ll see an acquaintance. In other words, tours in Rajasthan are a way to acquaint one with history, culture, wildlife, and nature along with the adventure of a place that is just so exceptional. There are lots of places to visit in Rajasthan and here we have listed the top 10 must visit places in Rajasthan. 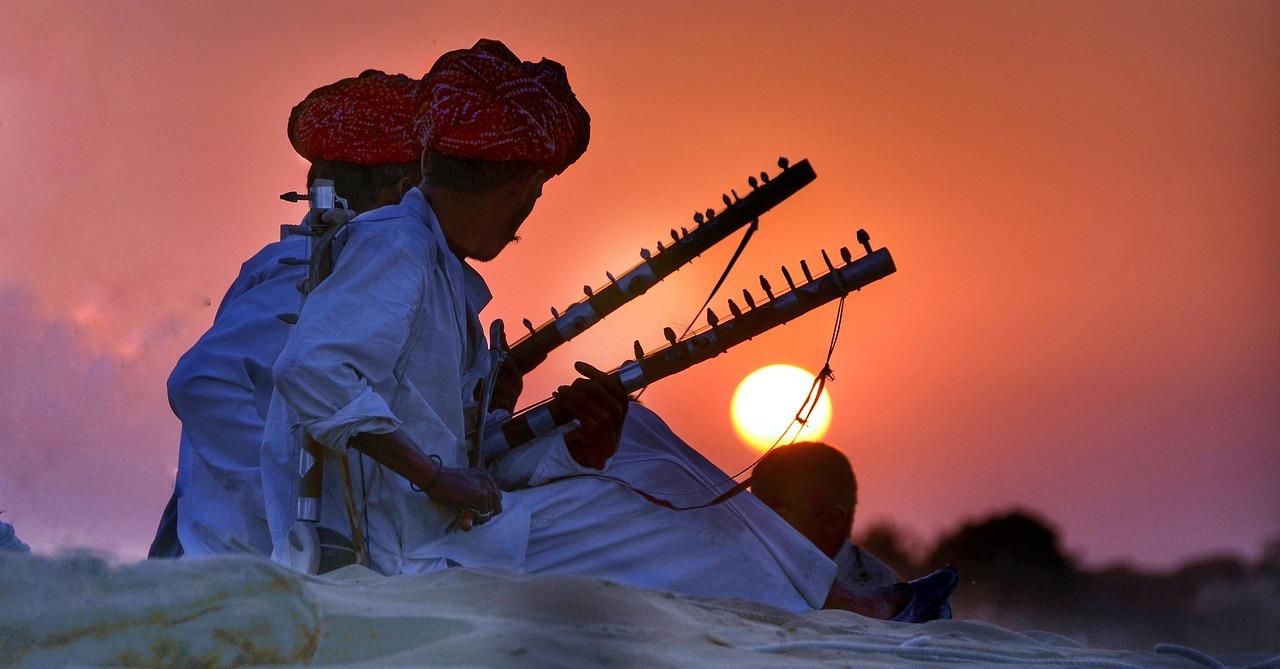 Summers in Rajasthan last from April to June and are particularly harsh with temperatures rising up to 48°C during the day. Monsoon is a far more pleasant experience, the temperatures tend to drop across the state and the rain showers transform the arid landscape of Rajasthan. However, temperatures are known to drop as low as 0°C and below. This is the best time to visit Rajasthan as the desert sun is not as intense and the days are pleasant. Most of the festivals held in winter are planned as tourist attractions, with visitors coming in from different parts of the world.

How To Reach Rajasthan

By Air: Rajasthan is a tourist hub and therefore well-connected by air.  Whether you’re flying in from within the country or from another one, you’ll find that there are a host of options you can choose from based on your itinerary. The three major airports of Rajasthan are Sanganer International Airport in Jaipur, Jodhpur Airport and Dabok Airport in Udaipur.

By Train: Rail is one of the best ways to travel to Rajasthan from anywhere within India as it is both, comfortable and economical. The state is well-connected to all the major cities across the nation and there are several routes to opt from.

By Bus: Rajasthan has 20 national highways passing through the state, spanning a distance of about 6373 km. You can very well choose to drive to Rajasthan or hop onto a bus operated by the Rajasthan State Road Transport Corporation if you prefer traveling by road.

Now Coming to top attractions, here are the must-see places in Rajasthan… 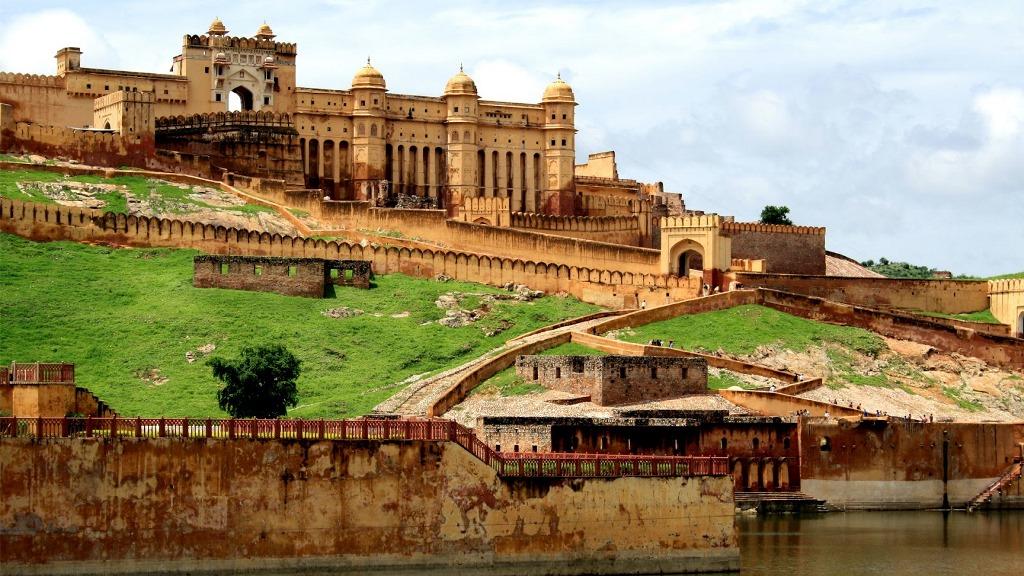 Planned by Vidyadhar Bhattacharya, Jaipur holds the qualification of being the first arranged city of India. Famous all-inclusive for its hued pearls, the capital city of Rajasthan joins the appeal of its old history with every one of the benefits of a city. Jaipur traces back its origins to 1727 when it was established by Jai Singh II, the Raja of Amber. The bustling modern city is one of the three corners of the golden triangle that includes Delhi, Agra, and Jaipur.

2. Udaipur (The City of Lakes and Palaces) 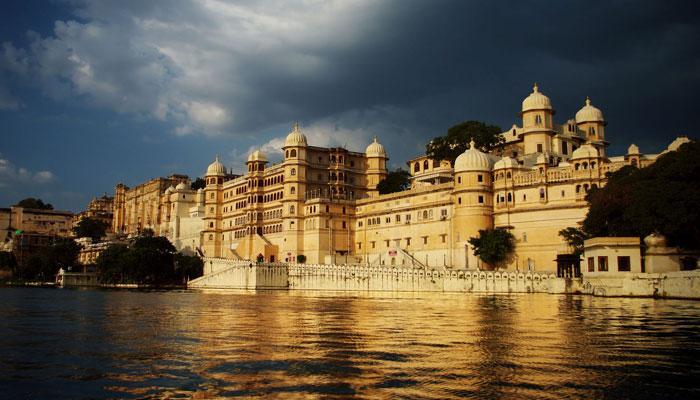 Often referred to as the ‘Venice of the East’, the city of lakes Udaipur is located around azure water lakes and is hemmed in by lush green hills of Aravallis. The well known Lake Palace, situated in Lake Pichola is one of the most excellent sights of Udaipur. It is likewise home to Jaisamand Lake, professed to be the second-biggest man-made sweet water lake in Asia. The city is additionally known for its abundance of zinc and marble. Sun based observatory in Lake Fateh Sagar is the main observatory in India situated on an island and has been made on the example of Big Bear Lake in Southern California. Udaipur was established in 1553 by Maharana Udai Singh II as the new capital of the Mewar Kingdom. It is situated in the prolific, roundabout Girwa Valley toward the southwest of Nagda, which was the primary capital of Mewar. 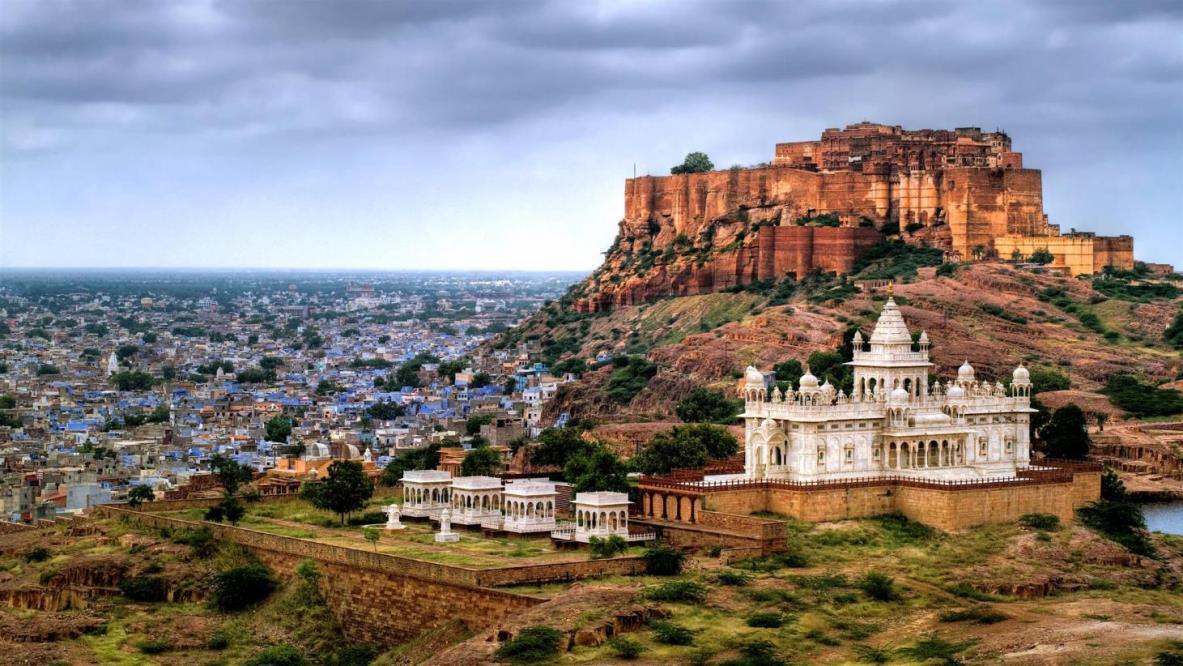 Jodhpur, the second-largest city in Rajasthan is popularly known as the Blue City. The name is plainly befitting as the greater part of the design – fortifications, castles, sanctuaries, Havelis and even houses are worked in distinctive shades of blue. Jodhpur is additionally known for the uncommon type of ponies known as Marwari or Malani, which are just found here. The city is known to be worked instead of the old capital, Mandore of the province of Manwar. Henceforth, the individuals of Jodhpur and encompassing territories are usually known as Marwaris. Jodhpur denotes its cause back to the year 1459 AD.

4. Jaisalmer (Where the Forts are Still Alive) 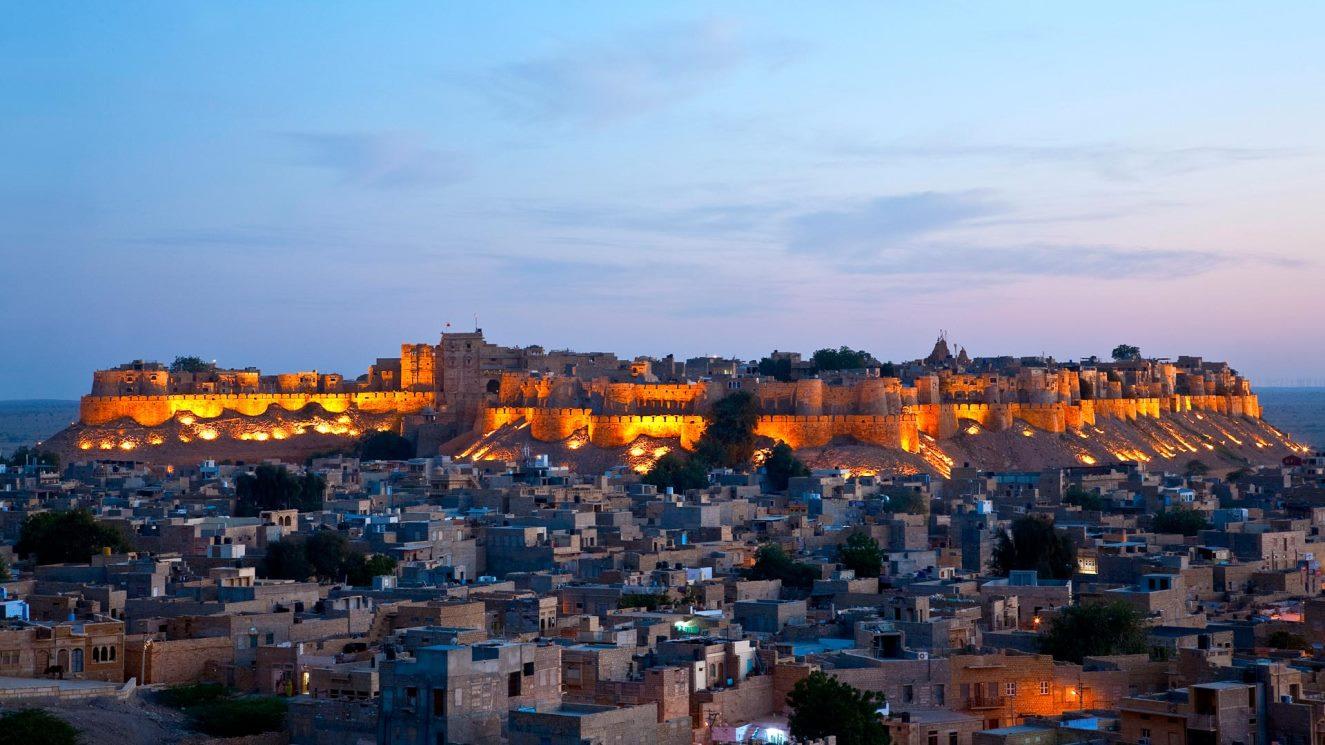 This ‘Brilliant City’ is found near the Pakistan fringe and in closeness to the Thar Desert. The city of Jaisalmer likewise goes about as the gatekeeper toward the western Rajasthan wilderness. The city’s most noticeable milestone is the Jaisalmer Fort, likewise called Sonar Qila. In contrast to most different strongholds in India, Jaisalmer Fort isn’t only a vacation destination. It houses shops, lodgings and old Havelis where ages keep on living. Jaisalmer follows its beginning to the twelfth century. On the off chance that geography intrigues you, at that point, Jaisalmer is the place you have to travel. 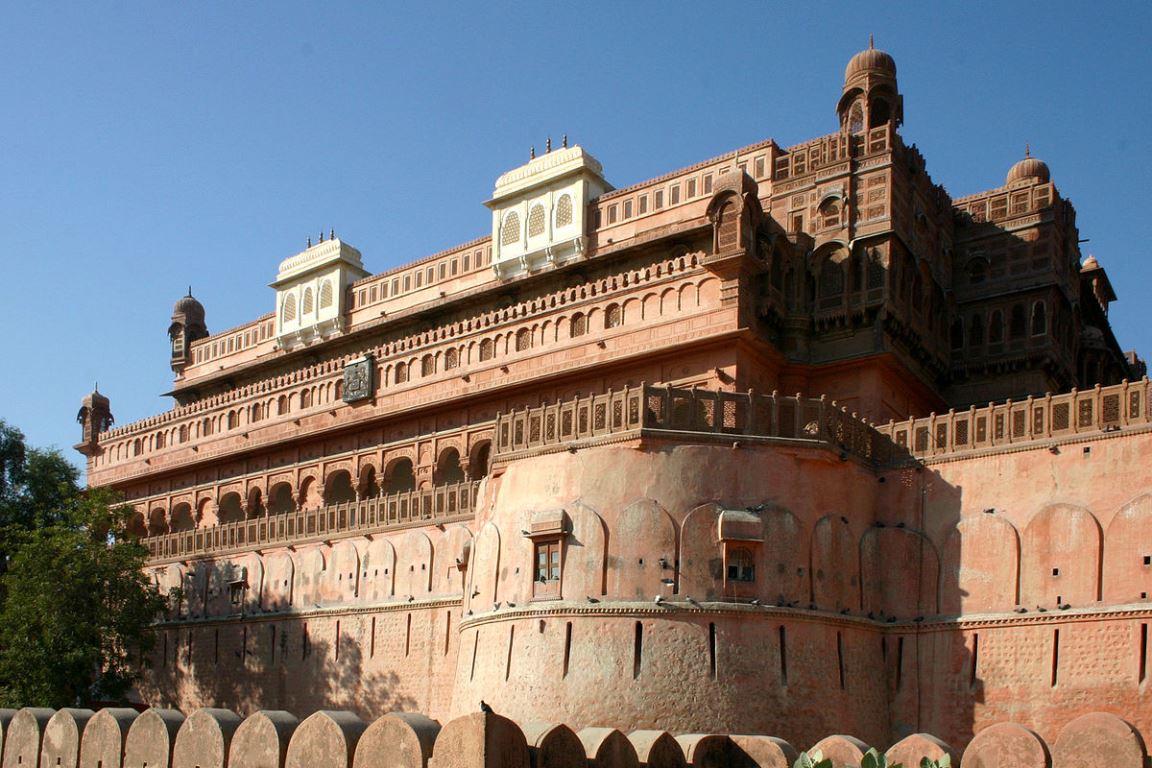 Bikaner is home to one of the main two models of the biplane utilized by the British during World War I. They were exhibited by the British to Maharaja Ganga Singh, at that point leader of the city. Bikaner is arranged in the northern locale of Rajasthan. One of the prior set up urban areas, Bikaner still shows its antiquated extravagance through royal residences and strongholds, worked of red sandstone, that has withstood the progression of time. It is likewise home to one of the world’s biggest camel research and rearing ranches; just as being known for having its very own novel sanctuary devoted to Karni Mata at Deshnok, called the Rats Temple. The sources of Bikaner can be followed back to 1488 when a Rathore sovereign, Rao Bikaji, established the realm.

6. Pushkar (Suburb of the Gods) 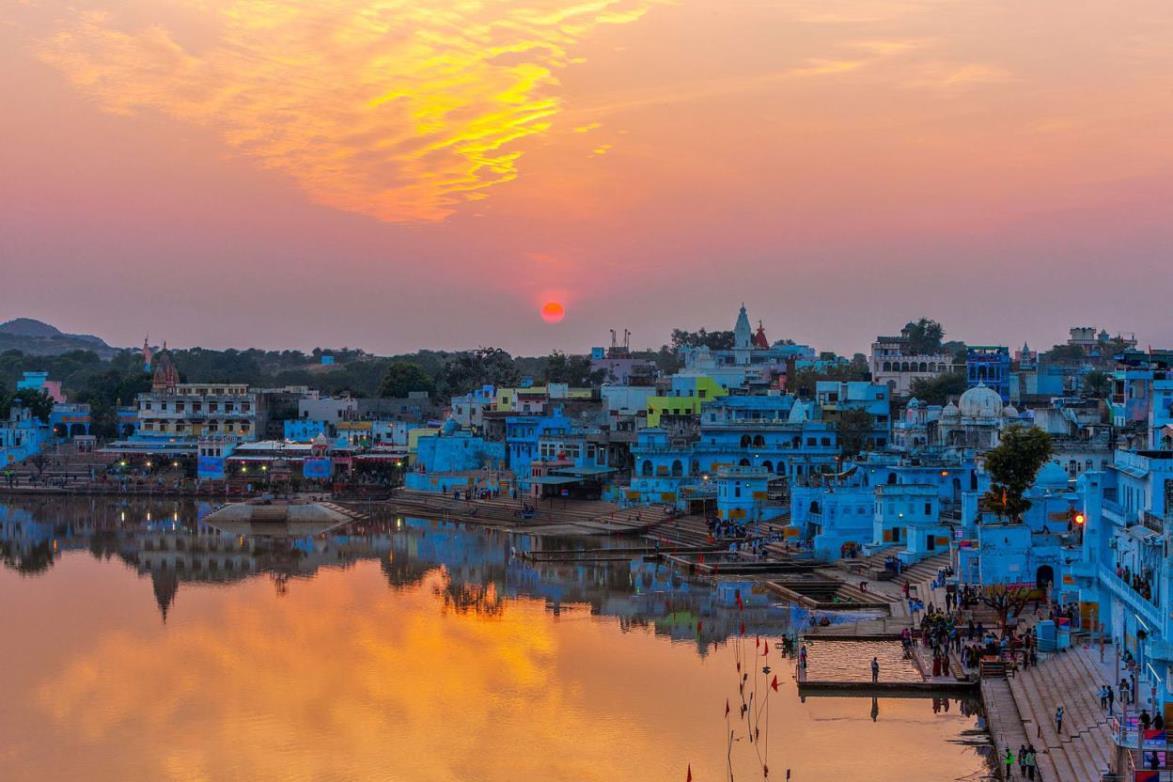 Pushkar is probably the most seasoned city in India. Situated toward the northwest of Ajmer, the serene city of Pushkar is a favored goal for a huge number of visitors and enthusiasts running to Rajasthan. The ‘Bother Pahar’, actually significance Snake Mountain frames a characteristic outskirt among Ajmer and Pushkar. Known as ‘the rose nursery of Rajasthan’, the embodiment of the renowned Pushkar rose is sent out everywhere throughout the world. The city of Pushkar is home to the only temple dedicated to Lord Brahma in the whole world. 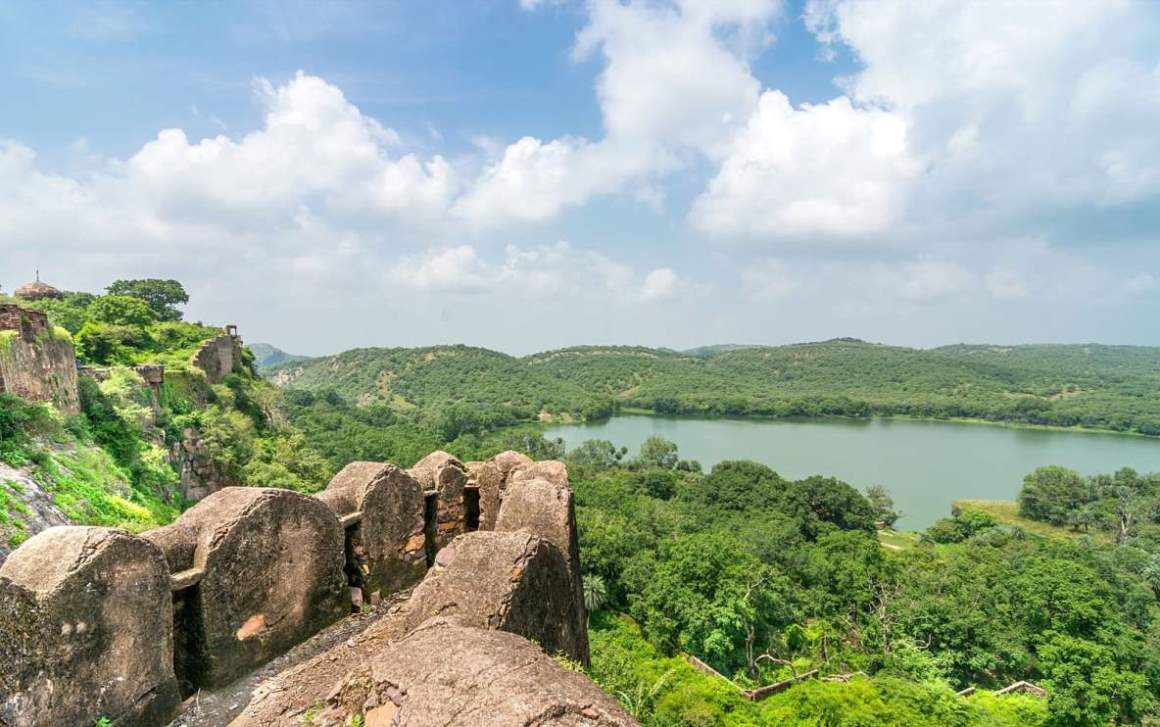 Sawai Madhopur is one of the unmistakable conurbations of Rajasthan. Prominently known as the ‘Passage to Ranthambore’, the town has seen numerous memorable scenes and rules. Sawai Madhopur has a somewhat plain and mostly undulating uneven territory. Encompassed by Vindhyas and Aravalis, this spot is a treat for experienced aficionados just as the ones with an interest for history, with the Ranthambore National park-the most famous national park in northern India and the Ranthambore Fort which was as of late remembered for the rundown of UNESCO’s World Heritage locales, being the principal attractions. During the British Rule Sawai Man Singh assembled a railroad line among Jaipur and Sawai Madhopur. Subsequently, it got available from a focal spot in the territory of Rajasthan. Today it has developed as one of the well-known traveler goals in India. 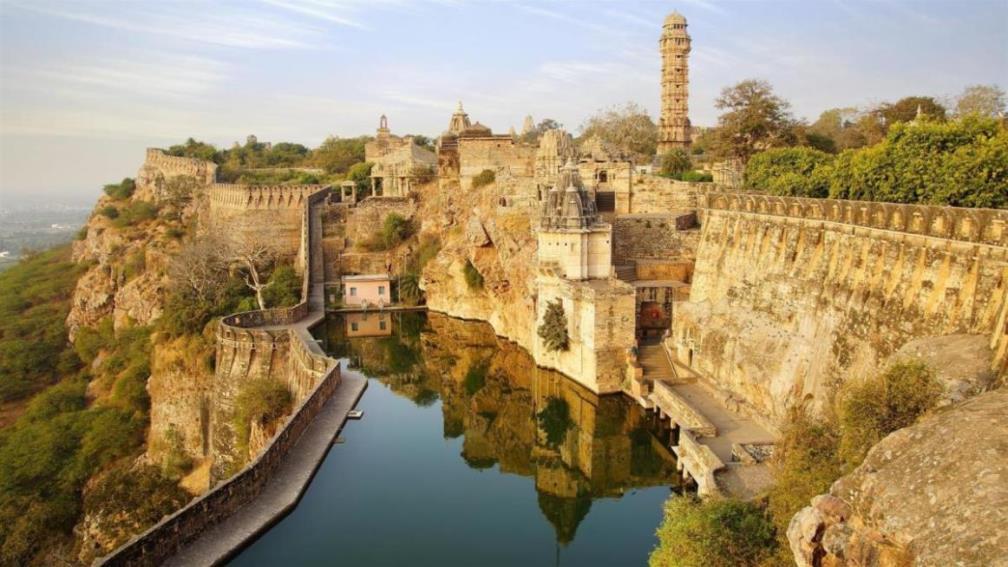 Chittorgarh resounds with accounts of Rajputana’s boldness, pride, and energy. Chittorgarh is named after its most impressive structure, the Chittorgarh Fort which remains on a 180-meter high slope and is spread across 700 sections of land. Chittorgarh Fort has had a turbulent past. This bastion of the Rajputs has confronted savage assaults thrice in its whole history. The city being an old spot contains a wide range of royal residences, sanctuaries, and fortresses which show probably the most exceptional structural plans and aesthetic authority. 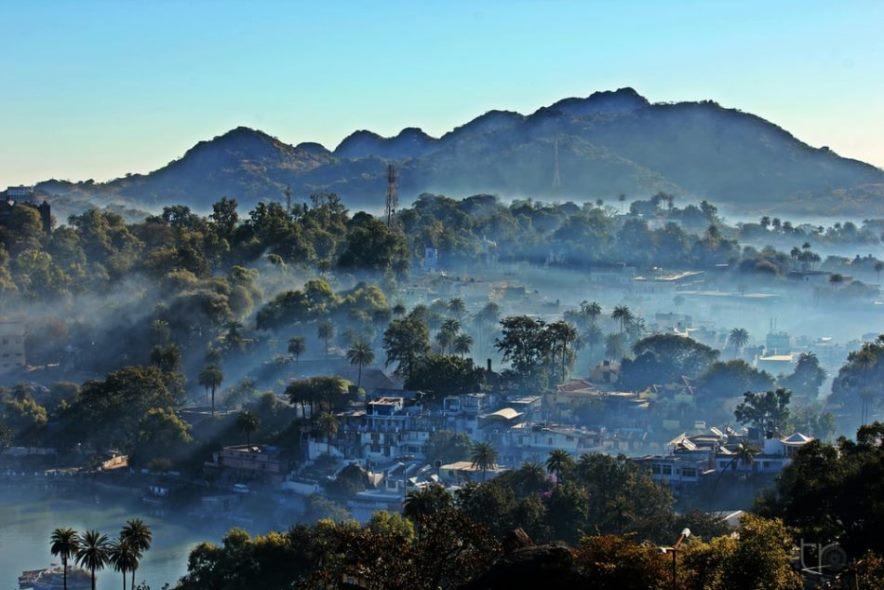 Filling in as a wellspring of solace from the sultry desert atmosphere of Rajasthan, Mount Abu, the state’s just slope station remains at a statue of 1722 meters above ocean level, and is grasped by lavish green slopes of the Aravalli extend. Mount Abu seems, by all accounts, to be no not exactly a marvel in this sweet state. Shrouded in tremendous stretches of green woods, peaceful lakes, and unrestrained cascades, this locale enables you to delight in the midst of all-encompassing vistas, throughout the entire year. Other than its grand magnificence, Mount Abu is additionally well known as a seat of strict significance for Jains. The auxiliary building ponders in Mount Abu, among different spots to visit, have been drawing history buffs and engineering devotees from various corners of the world. The historical backdrop of Mount Abu can be followed back to the Puranas. 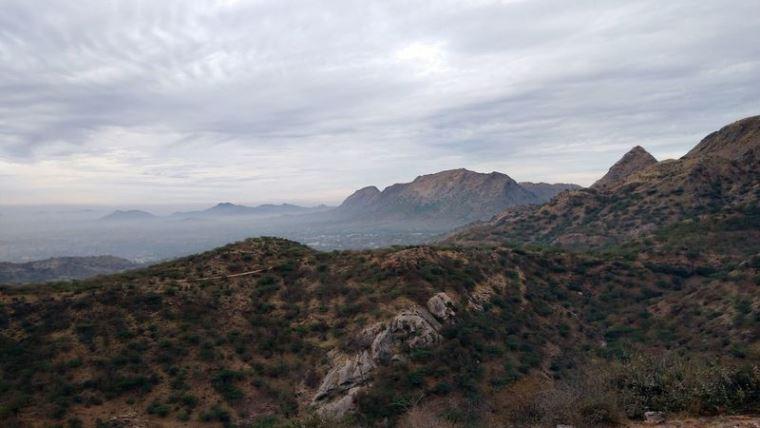 The city of Ajmer gets its name from “Ajay Meru”, which can be generally deciphered as an “invincible hill”. Home to various vacationer places, Ajmer can be an ideal portrayal of the decent variety of the Indian culture and morals, and showcases an ideal mix of religion, network, culture, and so on., existing together and thriving in amicability. Ajmer, the city is additionally fundamentally known for the Jain religion and is home to a stunning brilliant Jain Temple. Ajmer is additionally a notable learning focus. The Mayo College was one of India’s first schools that went about as the venturing stone for the British style of training and is currently one of the well-known spots to visit in Ajmer.

Explore these amazing places to see in Rajasthan and share your amazing experience with us!