Punjab or Panjab is also known as ‘The land of five rivers‘, is located in the northwestern part of India. Deriving its name from five full-bodied rivers–Sutlej, Beas, Ravi, Jhelum, and Chenab. Historically, Punjab has played host to a number of ethnicities, including the Aryans, Persians, Greeks, Afghans, and Mongols, thus bestowed with a rich tangible heritage. Reflecting this history are the countless sites that dot the state: impressive forts & palaces, ancient monuments, architectural marvels, and many a battlefield. Punjab’s numerous celebrations Teej, Lohri, Basant, and Baisakhi, to name some–are festivities that mirror the farming ethos. Right from spirituality to commercialization, this state will leave you enthralled regardless of what you seek. If you are a true traveler who wishes to witness the true essence of Punjab, you must take a circuit! After all, you are in Punjab!

Punjab is best visited between the months of October and March. It is winter and spring season in the state during this time. Monsoons, however, can be a good idea sometimes depending on the region being explored as certain locations receive heavy rainfall during the season.

How To Reach Punjab

By Air: There are a number of airports in Punjab in cities like Amritsar, Chandigarh, and Ludhiana. The main airports of Punjab are located in Amritsar and Ludhiana. The regular flights to Delhi can be taken from here. Also, Amritsar and Chandigarh airports are international airports. Travelers from within and even outside India can book tickets to these airports to reach Punjab in the fastest, and most convenient ways.

By Train: The state of Punjab and many of its cities have well-developed railway stations that connect them to different parts of the country via railways. There are around 90 railway stations in different districts of Punjab which make it even more convenient for travelers to reach as close to their destination as possible. Trains also serve as a more economical means of transport and are best for budget travelers.

By Road: Traveling to Punjab by road is one of the most charming experiences. Plain-sailing roads and lush green fields on both sides form a perfect landscape for a long drive. Highways in Punjab are very well developed and you would love the ‘Dhabas’ that serve local food on such highways. Road transport is well developed and probably the best way to move around in Punjab.

Now Coming to top attractions, here are the must-see places in Punjab… 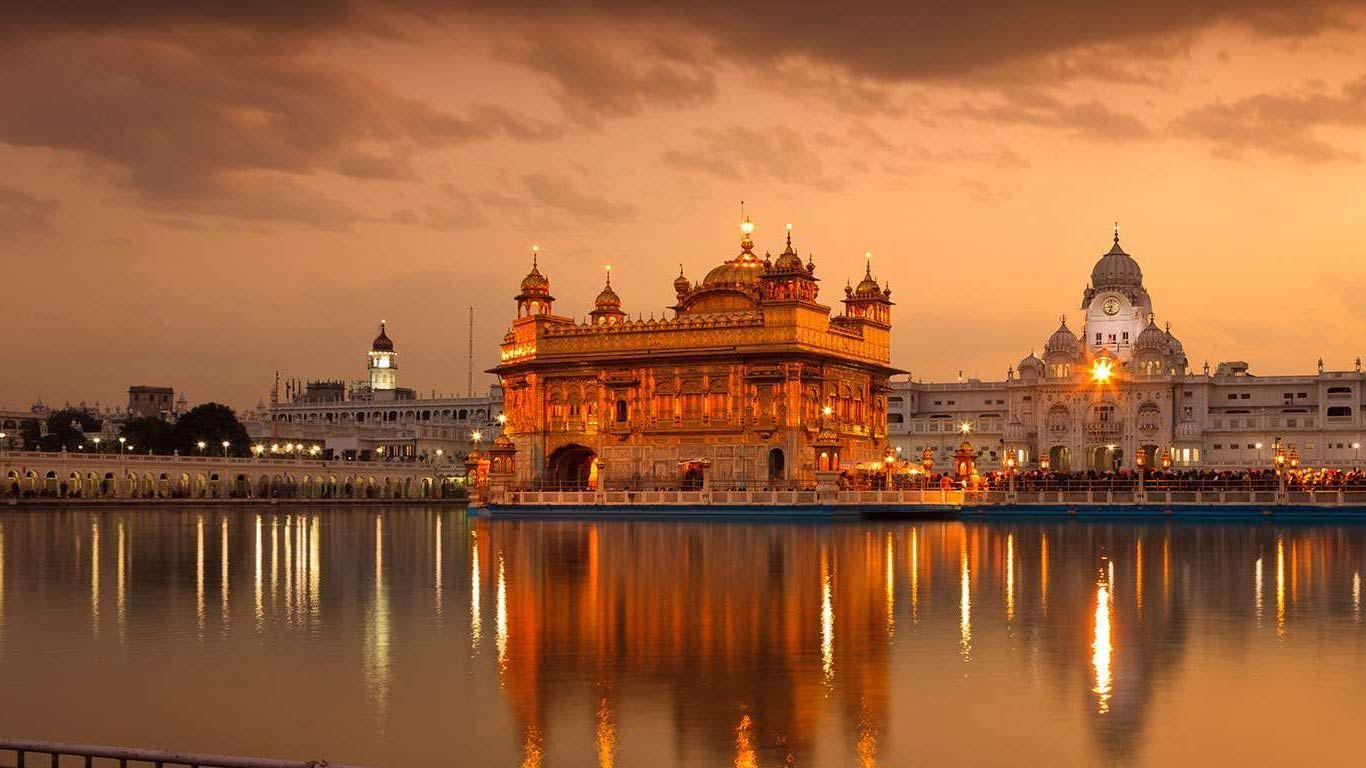 Amritsar historically was also known as Rāmdāspur and colloquially as Ambarsar. It is a city in northwestern India which is the administrative headquarters of the Amritsar district and is located in the Majha region of the Indian state of Punjab. Amritsar has been chosen as one of the heritage cities for the HRIDAY  scheme of Government of India. Amritsar is the spiritual center of the Sikh Religion. It is also the cultural capital.

Check Out – Top 10 Must Visit Tourist Attraction in Amritsar 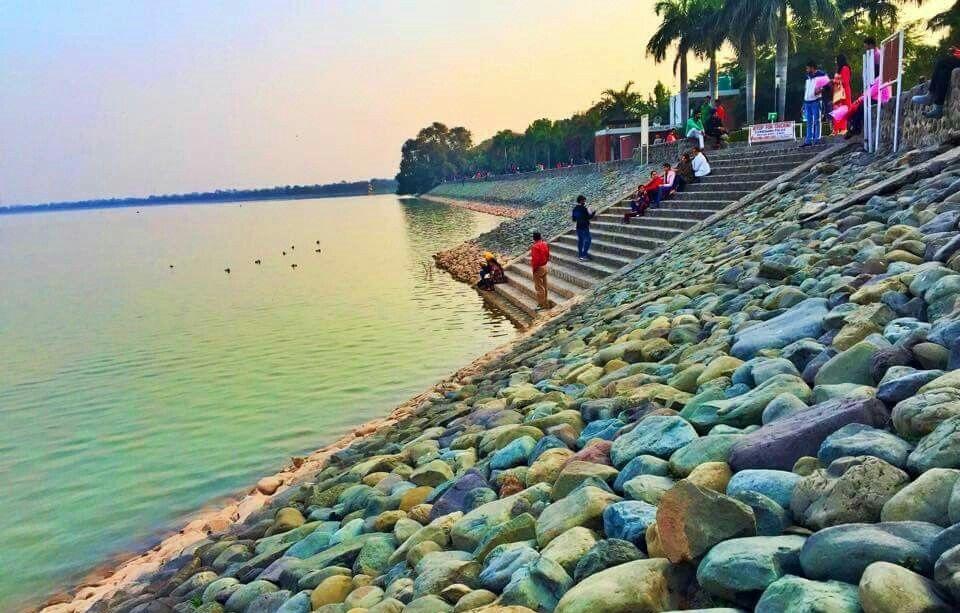 Chandigarh was shaped after the Indian freedom, as the first arranged city of post-autonomy India. This city is known to be absolutely particular from the remainder of the urban areas in India and is impressively efficient when contrasted with the remainder of India. Chandigarh, in the territory of Punjab, is situated in the lower regions of the Shivalik scope of the Himalayas. Because of the high height area, the atmosphere of Chandigarh remains good throughout the entire year.

Check Out – Top 10 Must Visit Tourist Attraction in Chandigarh 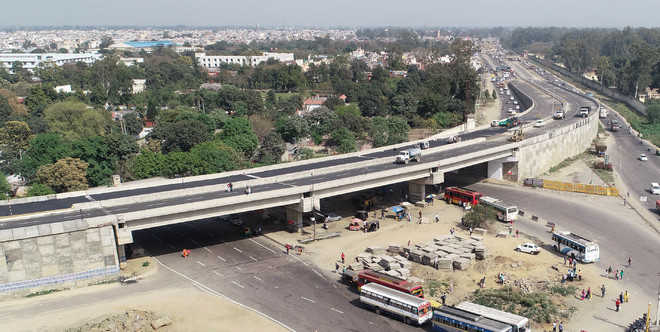 Jalandhar district, located in the irrigated plains between the Beas and Sutlej rivers, is steeped in legend. One tradition says that it is named after a demon king mentioned in the Puranas and the Mahabharata. Following Independence in 1947, Jalandhar has become one of the wealthiest districts of Punjab, thanks in part to the sports goods industry it has nurtured. The city of Jalandhar is home to a number of tourist attractions, including forts, temples, and museums. 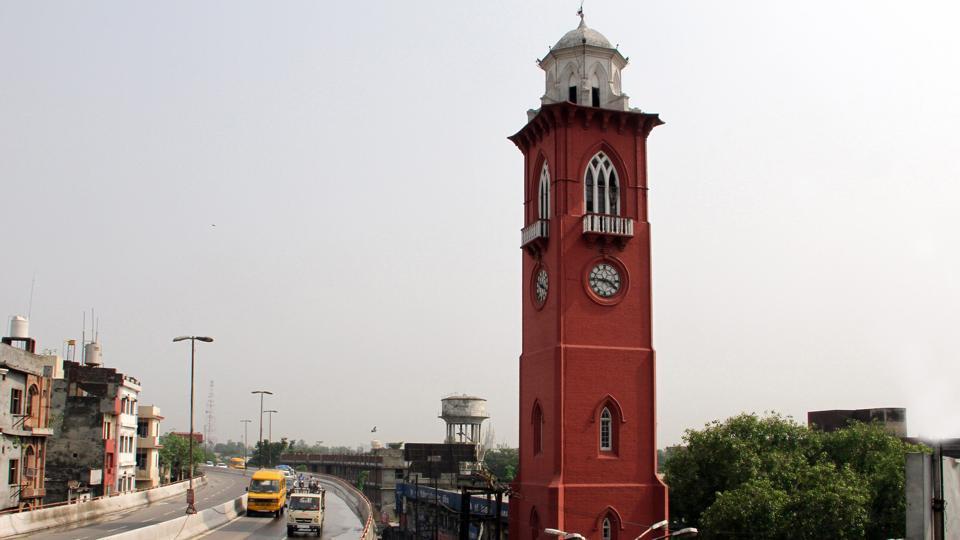 Ludhiana is a large industrial city in the north Indian state of Punjab. Ludhiana is now Punjab’s most populated and very rapidly growing metropolitan city. It is on the south bank of the Sutlej river. The city was the sight of a great battle during the first Sikh wars. It was also an important center during the struggle for freedom and is associated with names like Lala Lajpat Rai, Sardar Kartar Singh, Baba Santa Singh, and Maulana Habibur Rehman. 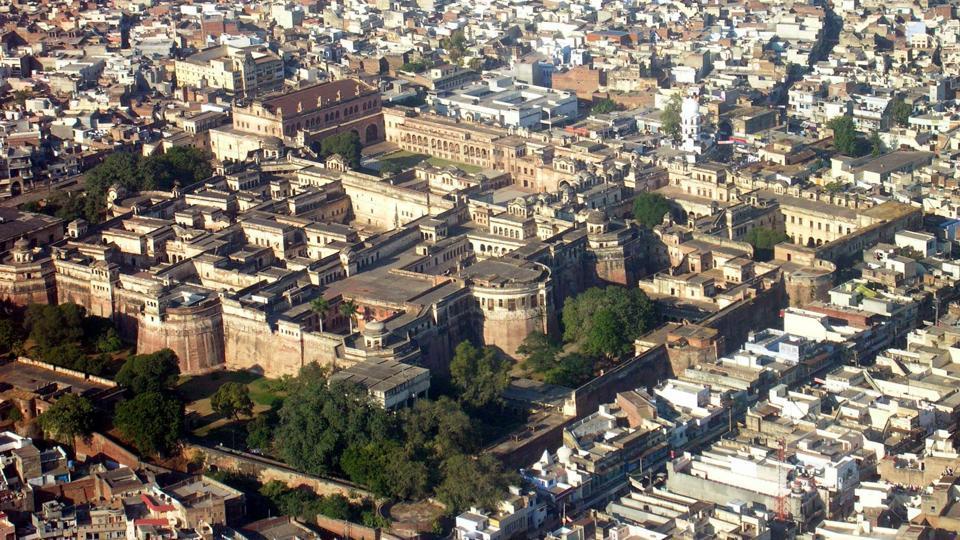 The place that is known for ‘Patiala Peg’ and ‘Patiala Shahi Salwar’, the imperial home the Maharajas invites all of you! However, would you be able to think about who was the one that discovered this astounding spot that we completely revere? It was Baba Ala Singh who previously advanced the underlying establishment of “Quila Mubarak” and the city was built around it. Because of the author, it currently displays the name ‘Ala De Patti’. Esteemed as the central command of Punjab, the fourth biggest city, Patiala is situated in the Malwa area of Punjab.

The city is known to be more than 3000 years old and to be a part of the Kushana Kingdom under the Kushana King Kanishka. The city is rich with culture and heritage and has several places that attract a large number of tourists. Post-independence, Bathinda became a full-fledged district and is today a thriving industrial township with two thermal plants attracting many visitors. The large Rose Garden and the popular Bir Talab Forest on the outskirts are popular tourist destinations while Damdama Sahib and the Maisar Khana Temple draw devotees the year-round. 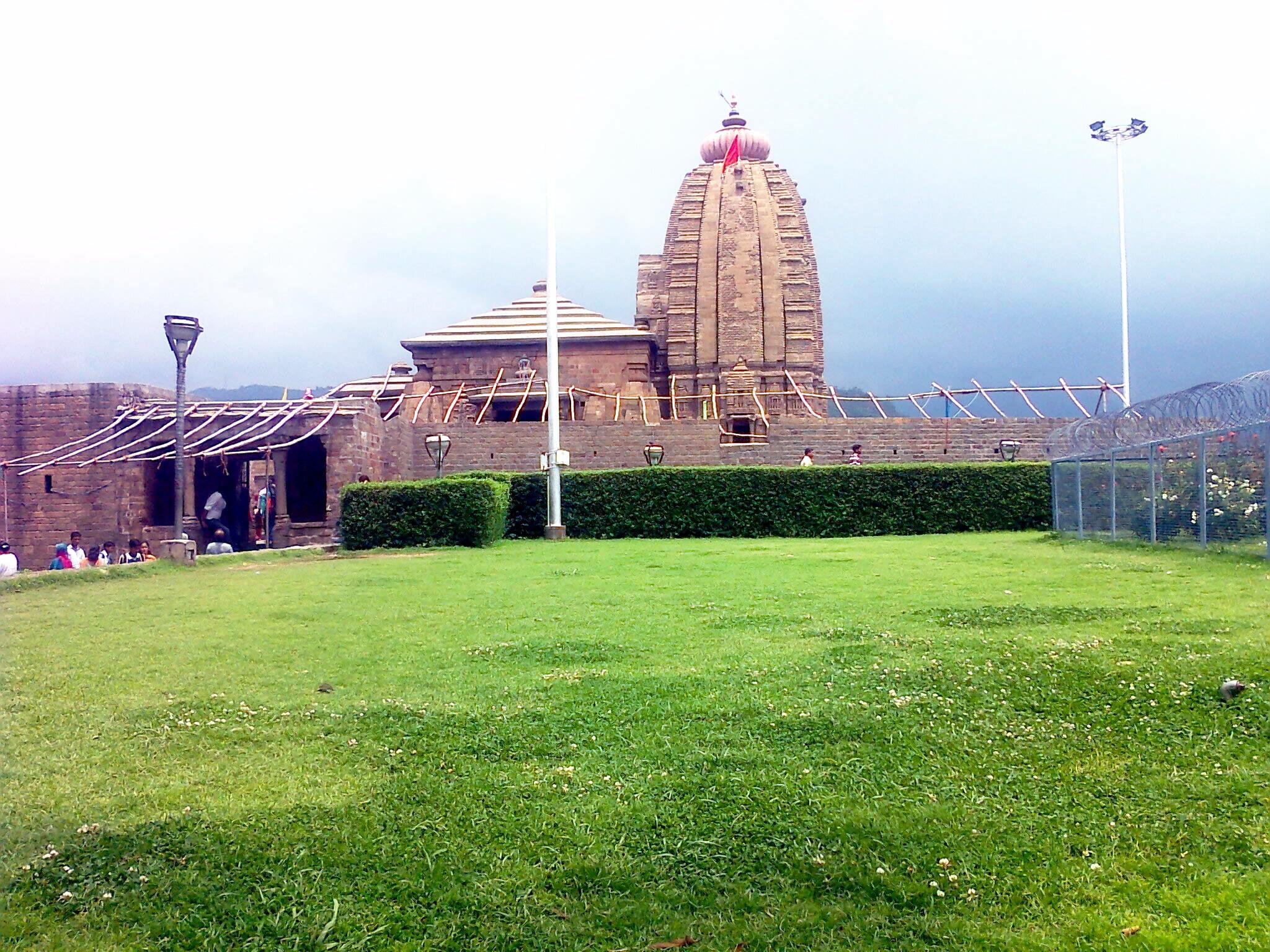 Pathankot is the meeting point of three states Punjab, Jammu and Kashmir, and Himachal Pradesh. Its scenic location and the cultural heritage of the Rajputs have made this city a well-frequented tourist spot. The city is surrounded by the Ravi and Chakki rivers and the Shivalik ranges of the Himalayas. Traditionally known for its shawl-weaving industry, it is flanked by the boulder rich Ravi and Chakki Rivers and is today largely dependent on the stone-crushing industry. 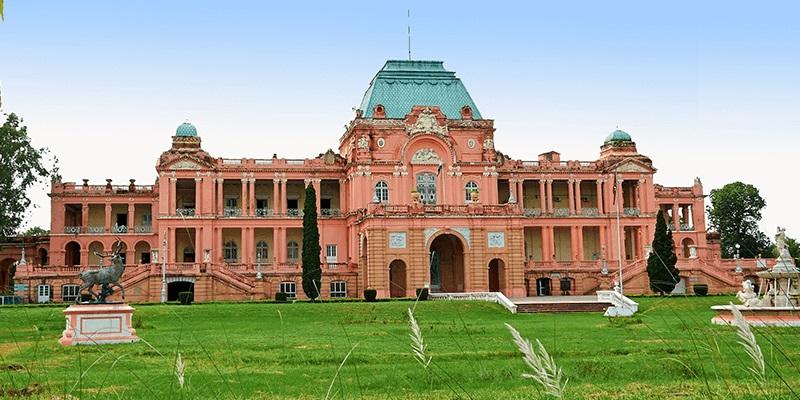 The city of Kapurthala was founded in the 11th century by Rana Kapur of Jaisalmer, which also drives the name of the city as Kapurthala. The monuments and gardens in this city are inspired by Indo-Saracen and Fench Style Architecture. This city is a must visit place for those who like historical buildings and nature. Kapurthala is a must visit the city in the state Punjab. 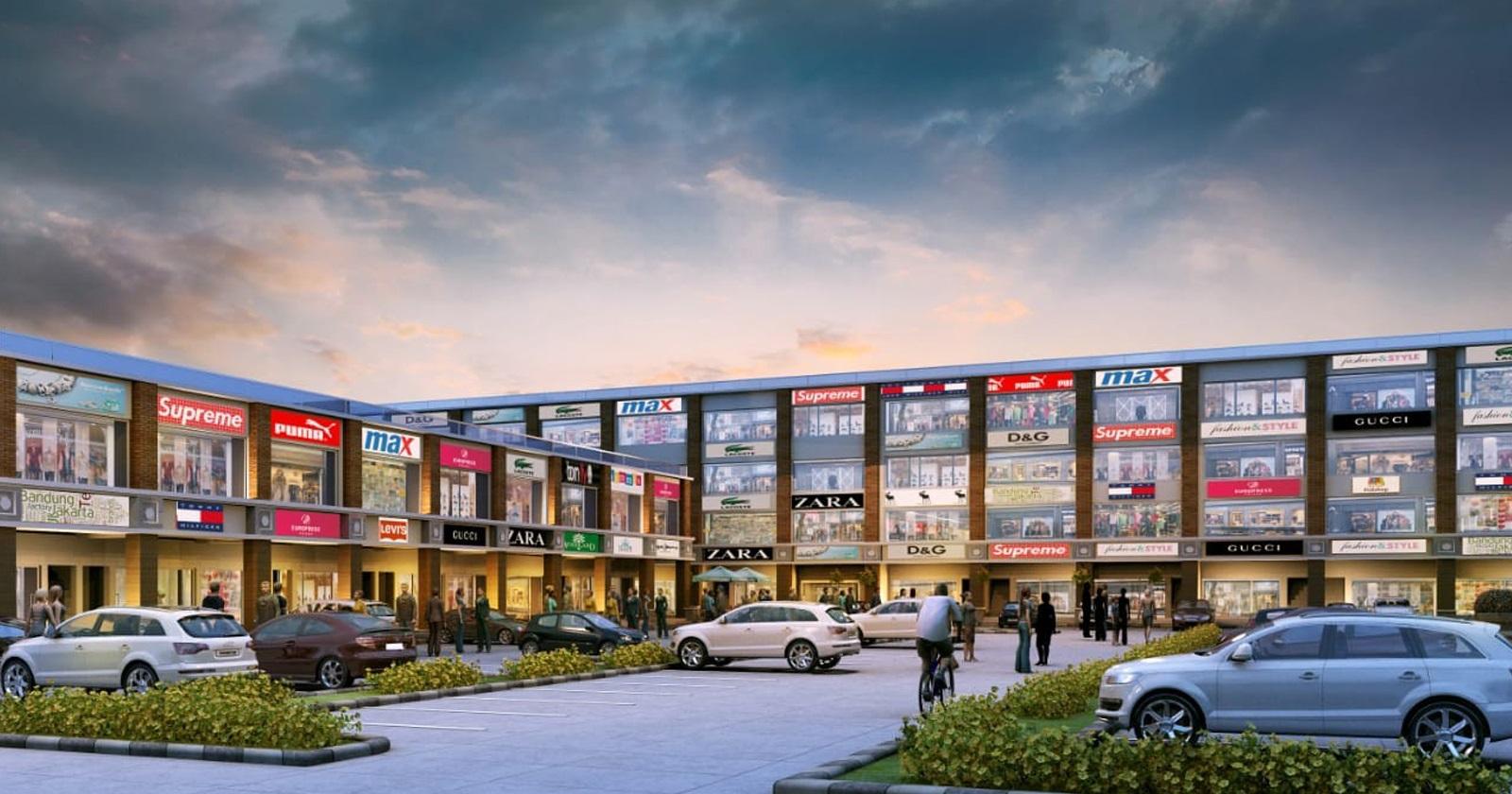 There is a great deal to see for voyagers deciding on Mohali the travel industry. this city in suburbia of Chandigarh has experienced gigantic improvement and is today focused by a few redistributing IT organizations including universal firms like Quark, Dell and Philips. In the event that you are a games sweetheart, you most likely know Mohali for its wonderful cricket arena where numerous worldwide and IPL matches are held each year. 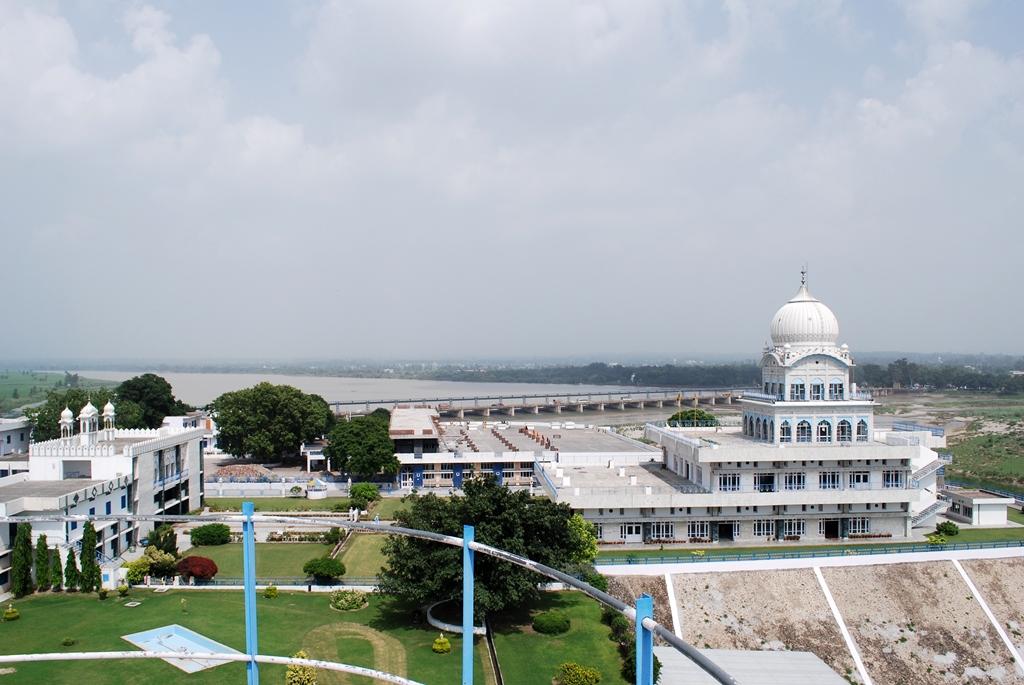 Rupnagar dates back to one of the earliest civilizations of the world. The region was subsequently ruled by several Indian dynasties including the Guptas, Kushanas, and Mughals. This city is named after Prince Rup Sen, son of Raja Rokeshar, who ruled this region during the 11th century. Ropar is home to different tourist attractions. It houses alluring Sikh shrines like Chamkaur Sahib, Anandpur Sahib, Kiratpur Sahib, Bhakra Nangal Dam, and the amazing markets that are located within the city.

Explore these amazing places to see in Punjab and share your amazing experience with us!