Top 10 Must Visit Tourist Attractions in Gujarat – The Tour Buddy

A popular tourist destination for people from all over the world, Gujarat is one of the largest states in India. The beautiful scenery, the historic houses, remains of ancient civilizations and the beautiful beaches cast a heavily breakable spell. The heritage of Gujarat Tourism consists of excellent architecture, temples, mansions (many of them turned into hotels) and crafts. The country has unique fauna and numerous places to search for birds. It’s worth moving away and exploring from the largest cities. What you’d like to see and experience will surprise you. Gujarat is one of India’s must visit destination. Check out our list of top ten amazing places to see in Gujarat. 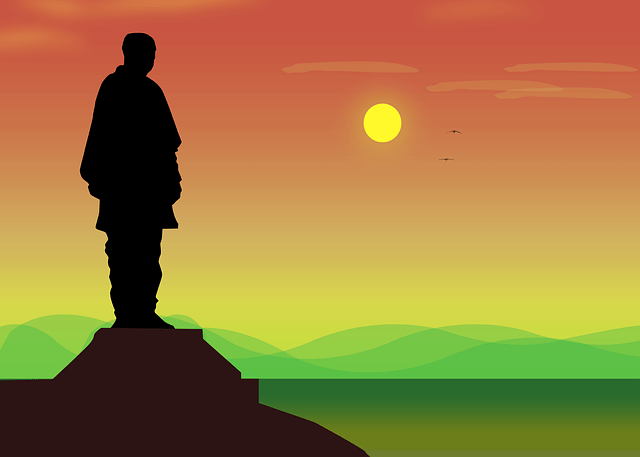 The best time to visit Gujarat is during the winter season, i.e. between October and February. Since it is a dry area and experiences high temperatures and humidity, it may also be a good idea to visit the state in the monsoons (July to September), especially in regions receiving less or no precipitation. The temperature is high during the summers, i.e. between March and June, making it difficult for travelers to visit most of the attractions.

How to Reach Gujarat?

By Air: As one of the most popular tourist destinations, it is home to 17 airports in Gujarat. You can take advantage of the car, taxi and bus services lined up outside the airport upon arrival. Located in Ahmedabad, Sardar Vallabhbhai International Airport provides good connections to major cities such as Delhi, Mumbai, Kolkata and Chennai. Flights to Dubai, Muscat, Kuwait, Abu Dhabi, New Jersey, London, Doha and Singapore are available if you’re travelling internationally.

By Road: Gujarat, with its accessible national and state highways, is well connected with all the major cities in the world. Several bus services from neighboring states, such as Rajasthan, Maharashtra and Madhya Pradesh, can also be used. To fly to and from Gujarat, you have access to local buses and convenient Volvos. These two-lane and four-lane highways are a blessing to travel on if you are fond of road trips.

By Rail: Major towns are connected by rail to Gujarat and some of its towns. Trains to and from big places like Delhi, Uttar Pradesh and Punjab make their way to Gujarat. Surat, Ahmedabad, Rajkot and Vadodara have some of the busiest railway stations. As soon as you step out of the railway station, buses, cabs and taxis are available.

Now coming to the top attractions, here are the must visit places in Gujarat…

The commercial hub of Gujarat and one of Gujarat’s best locations, Ahmedabad, India’s fifth largest city. Ahmedabad tourist attractions are Fort Bhadra, heritage houses, mosques and lakes. One of the city’s biggest drawings along with the nearby Akshardham Temple in Gandhinagar is Mahatma Gandi’s ashram, called the Sabarmati ashram. The city’s historic wonders are Bhadra Fort, Jhoolta (shaking) Minarets and Teen Darwaza. The emerald Kankaria Lake and Vastrapur Lake are natural beauty. Visit Ahmedabad for cultural immersion in the city at the big festivals.

Check Out – Top 10 Must Visit Tourist Attractions in Ahmedabad

For its royal patrimony, Baroda (renounced Vadodara) stands out. The royal Gaekwad families formed their kingdom in the 18th cent. They were impressive in Indo-Saracen architecture in their expansive Laxmi Vilas palace. Some of the palace is open to the public every day, including the Coronation Roam, Gaddi Hall, Darbar Hall and the Royal Armed Forces. The homestay of the Madhav Baug Palace provides a true experience.

Check Out – Top 10 Must Visit Tourist Attractions in Vadodara

The tallest statue in the world of Sardar Vallabhbaï Patel, an Indian independence leader who served between 1875 and 1950. The statue of Liberty is 182 metres twice the height. The area around the statue became a major tourist destination for the entire family, with at least three days of ample activities and attractions. These are, aside from the statue, sound and laser showing, butterfly garden, cactus garden, Ayurvedic health centre, green and medicinal herb nursery, flowers’ valley, forest with native trees, children’s park with train and mirror labyrinths, safari park and zoo, a zip line, white water rafting, cycling and boating on the lake.

Originally known as the Satyagraha Ashram, Sabarmati Ashram is Gandhi’s second ashram of the Mahatma (the first ashram of the Kochrab), where between 1917 and 1930 he planned a large number of freedom moves. This place is ideal for lovers of history and for those who want to see the humble lives and tremendous political influence of Mahatma Gandhi. Also the highlight is Sabarmati Ashram in Ahmedabad. Gandhi’s living area is also located in the Sabarmati Ashram, together with that of his numerous allies. There is also an open-air museum which provides information on his life and teachings.

In the peaceful village of Modhera one of the most famous sun temples of India is situated. The temple is devoted to Surya the God of the Light. It was founded in the eleventh century by rulers of the Solanka dynasty. The temple consists of a carved step tank, an assembly chamber and a main shrine. It has complex stone sculptures. Within a complex you can see a surjacent or step-well, prayer hall with 52 pillars and a room (Gudhamandara), which leads into Garbhagriha, an inner sanctuary. There is also an inner sanctuary. The temple is a view during the festival of Modhera Dance.

The first marine national park and sanctuary for wildlife is India, an archipelago of 42 islands along the northern shore of Jamnagar and the southern coast of Kutch. The park is the only place in India where coral reefs of various shapes and sizes can be seen without immersing in the water. One of the best wildlife attractions in Gujarat, the Marine National Park. Pirotan, Narala, Ajad and Positara are among the main attractions. You must rent a boat from Bedi Port or Sikka Port to enter the marine national park.

Established in Gandhinagar in 1992, the Temple is dedicated to the Vaishnav tradition of Lord Swaminarayan. The temple is considered one of the highest sites in Gujarat because of its history and its architecture. The temple complex, set in an area of over 23 hectares, is an educational and entertainment area. His architecture is the key highlight of Akshardham Temple. Constructed of 6000 tonnes of rose sandstone, there was no use of concrete or steel.

Rani ki Vav or The Queen’s Stepwell is a former stepwell from the 11th century and UNESCO World Heritage. It was established by widowed wife in apparent remembrance of Ruler Bhimdev I during Solanki dynasty. The staircase is seven floors downwards and includes panels of more than 500 large and more than 1000 smaller sculptures. Just recently, the step-well was discovered and flooded by the nearby Saraswati River until the end of the 1980s. The Archeological Survey of India excavated its carvings in pristine condition.

Laxmi Vilas Palace is one of the greatest buildings in India and the top position in Gujarat. Also, the Palace is almost four times the size of the Buckingham Palace which includes various structures, including the Moti Baug Palace, the Makarpura Palace, the Pratap Vilas Palace and Maharaja Fateh Singh Museum buildings. The splendour of this palace is easy to understand from the fact that the leading architect Robert Fellows Chisholm had to construct this grand building for 12 years.

Somnath is mainly a temple town, where there is a heavy fragrance of religion and legends around tourism and even everyday life. The city, however, also features beaches, museums and other attractions in the spiritual setting ornamented by the huge number of temples in the city. Gita Mandir, Balukha Tirtha, Kamnath Mahadev Temple, Somnath Museum are all the most important places to visit. The Somnath Sunny Temple and Somnath Beach are also the most important sights to visit here.