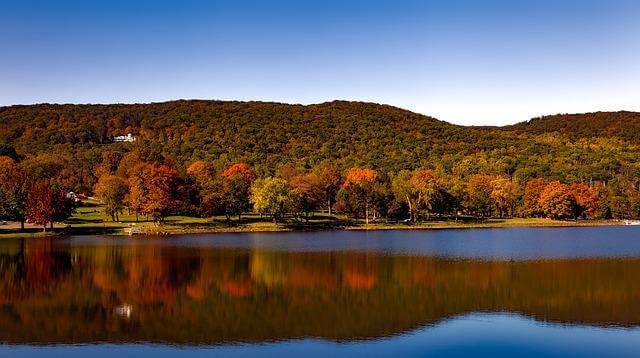 The state of Connecticut is a lovely location to visit, but it is all too frequently neglected by travellers who prefer to visit New York or Boston instead. The state is home to many of the country’s oldest cities and villages, as it was one of the original 13 colonies. As a result, there are a plethora of intriguing historical tourist sites and cultural monuments to visit in Connecticut, with many of the finest places to see in Connecticut relating to the state’s rich maritime history. Unique attractions, magnificent natural beauty, wedding venues, flea markets, and a variety of museums abound.

All in one day, you may go zip-lining, golfing, boating, fishing, dining in an exquisite restaurant, or feasting on delicious clam chowder at a seaside shack. Connecticut is home to Yale University, the Peabody Museum, the Mystic Aquarium, and Lake Compounce, and is surrounded by aromatic maples and old oaks. Numerous of the state’s major cities are located along the Long Island Sound, which offers a beautiful stretch of picturesque shoreline to explore, as well as many good state parks. Here are some of the greatest places to visit in Connecticut.

Now Coming to the Best Places to Visit in Connecticut 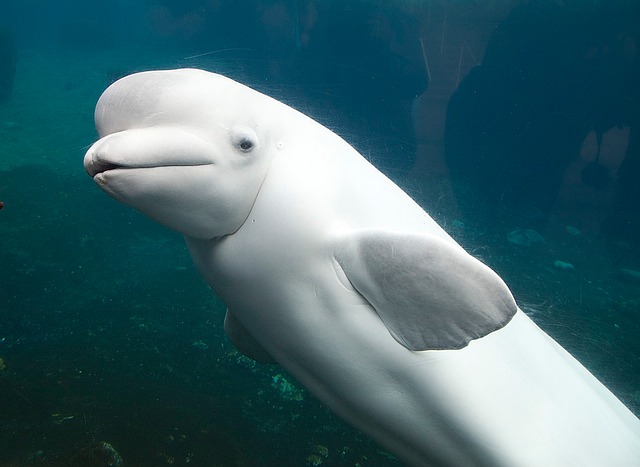 Mystic Aquarium and Institute for Exploration is a cutting-edge exploration attraction in Mystic. Explore the depths of the ocean as you walk around the aquarium’s displays, witnessing jellyfish drift by and sea lions swim through the water with abandon. The Exploration: Wild exhibit, which takes visitors on a thrilling route through some of the world’s most interesting environments, will fascinate children. You could witness African penguins, beluga whales, and American alligators, or you might watch a sea lion perform in a live theatrical act. View loggerhead turtles, moray eels, and barracuda, or learn about Charlotte, the aquarium’s green sea turtle.

The Shark Lagoon and Shark Encounters exhibitions show a different aspect of the fearsome animals. At the Touch Pool, you may see stingrays and feel their skin as it slides beneath your fingers. The sight of California sea lions whirling around the underwater viewing area is amazing. At the Foxwoods Marine Theater, you may learn more about these amusing creatures. The Discovery Lab has more engaging experiences, such as learning how to hold a crab. The Mystic Aquarium and Institute for Exploration is only a short drive from downtown Mystic. Children and elders can get discounted admission. Except for Christmas and Thanksgiving, this attraction is open daily.

Mystic Seaport Museum has been telling stories of rich maritime heritage for nearly 90 years. Tall ships and museum displays, as well as a reconstructed seafaring hamlet, await history buffs at Connecticut’s must-see Mystic Seaport. You may take a self-guided tour of the live historic town with pre-purchased tickets to this family-friendly site. Are you curious about how historical trades are employed today? Visit the Henry duPont Preservation Shipyard and observe shipwrights working on one of their numerous projects using traditional equipment and methods.

When you’re hungry, stop by one of the freshly restored and revitalised places, such as Schaefer’s Spouter Tavern, Greenmans’ Landing, Propeller Coffee Bar, and The Anchor Café.

Lake Compounce is New England’s Premier Family Theme Park & Water Park, as well as North America’s longest continually running amusement park. What makes the finest Connecticut amusement park for family-friendly fun and excitement? They are home to the world’s greatest wooden roller coaster, Boulder Dash, as well as one of Connecticut’s best water parks. If you’re feeling daring in Connecticut, you might want to explore the thrills that Lake Compounce has to offer. If you prefer more moderate attractions and rides, Lake Compounce provides such as well.

This exciting New England experience is ideal for families who enjoy a variety of theme park attractions. Enjoy iconic rides, exciting coasters, and unique attractions seen nowhere else in New England. Lake Compounce is the place to go for special events, family meals, and a long season of excitement. Do you want to build an SPLASH in a theme park? Lake Compounce has you covered there as well! You may float along the tranquil river or go on a family rafting trip to Mammoth Falls. That’s always entertaining before engaging in some friendly rivalry on the Riptide Racer, which has four racers racing side by side to a twisting, screaming climax.

The Wadsworth Atheneum Museum of Art is where you can engage with incredible art. The first public art museum in the United States houses 50,000 works spanning from ancient to modern, as well as the world’s biggest collection of Hudson River School paintings, Pilgrim-era furniture, and European and American art. The Wadsworth is the oldest continually running public art museum in the United States, founded in 1842 by Daniel Wadsworth and admitting visitors since 1844. 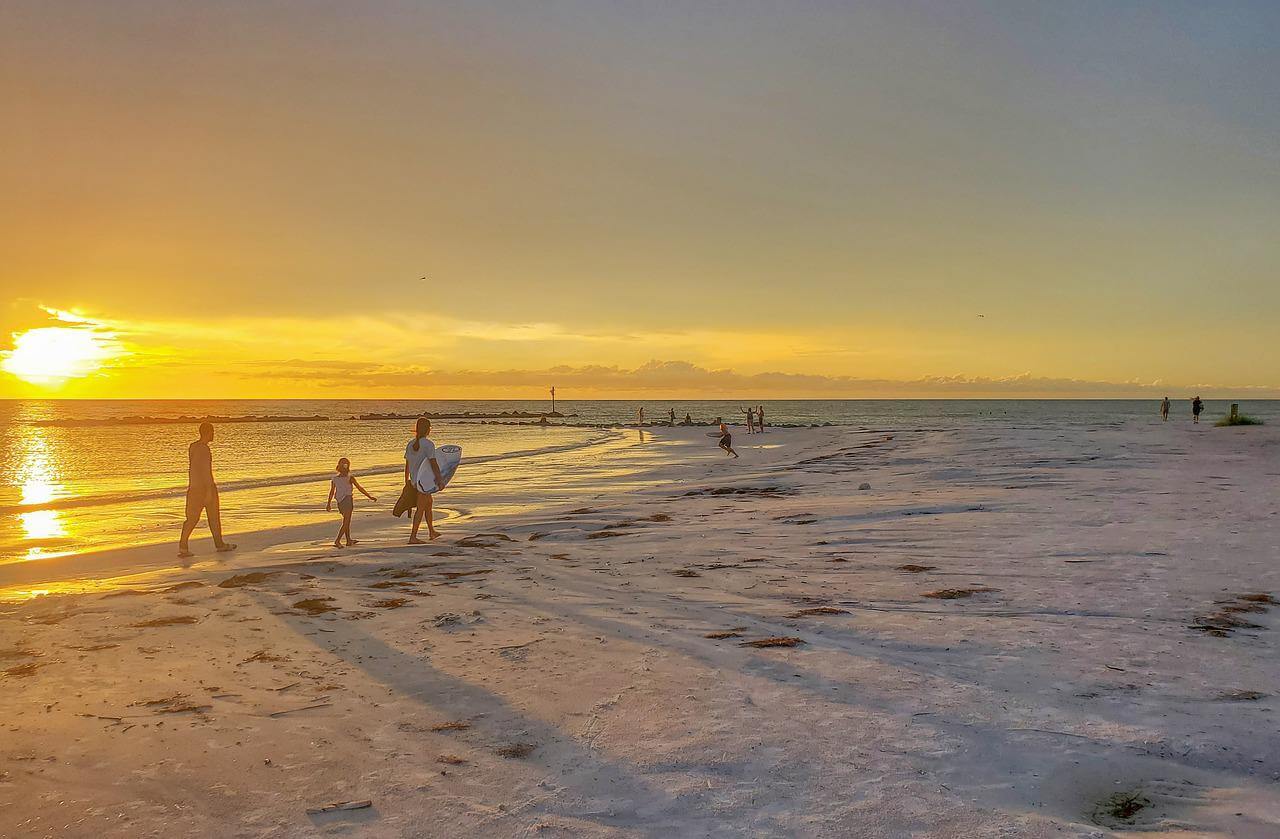 “Hammonasset” means “where we dig holes in the ground” and alludes to the location of an eastern woodland Indian community that cultivated along the Hammonasset River. They survived by eating maize, beans, and squash, as well as fishing and hunting. With nearly two miles of sandy shoreline, Hammonasset Beach State Park has a lot to offer. The most expansive of Connecticut’s coastline parks. Swimming, camping, picnicking, saltwater fishing, scuba diving, hiking, and boating amenities; concessions.

The park’s fame attracts visitors from all over the continent as well as from inside the state. Swim in the sea water, gather shells, make a sandcastle, sunbathe, relax, and stroll along the 3/4 mile boardwalk overlooking Long Island Sound. Take a canoe ride, launch a carry-in boat, or fish from the stone breakwater. Nature lectures, bingo, movies, horseshoes, bocce, and volleyball are all popular summer pastimes. A pirate ship, swings, and slides are available at the children’s play area. 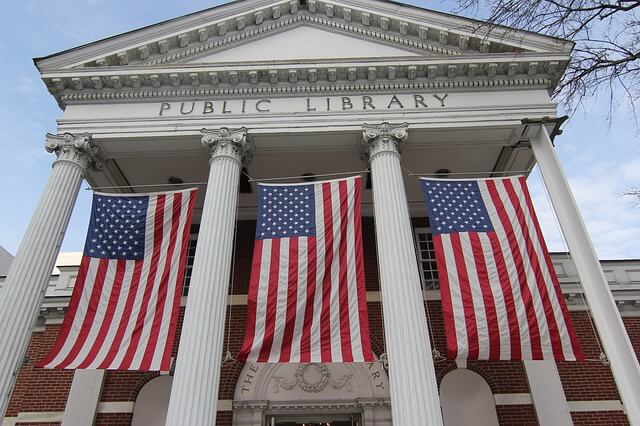 The Stamford Museum & Nature Center, the magnificent Cove Island Park with its clean beaches, marshes, hiking paths, and bird habitat, and the gorgeous forested Mianus River Park on the city’s outskirts are all worth a visit. Downtown Stamford has an urban, large city atmosphere, with nine Fortune 1000 corporations based there. You’ll quickly discover that there is never a dull moment in this city, whether you’re exploring the 19 miles of beachfront, drinking and dining at the bars Downtown, or climbing the gorgeous trails of North Stamford.

There are around 150 restaurants, six big hotels, and 18 cinema theatres across the city. Stamford contains around 40 parks and leisure places, several of which provide access to Long Island Sound. A marina, tennis courts, softball fields, horseshoe pits, playgrounds, ice rinks, picnic spaces, fishing, and other amenities are possible. Mill River Park has transformed into a miniature Central Park in the centre of Downtown Stamford, hosting a variety of events throughout the year in a beautifully planted park. 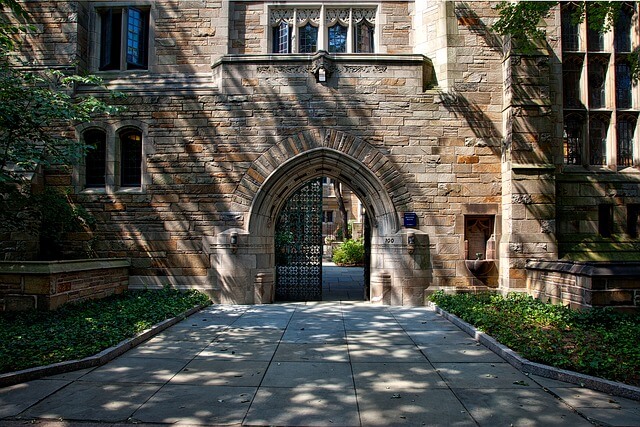 New Haven, home of Yale University and America’s greatest pizza, is a contemporary, lively city with a strong link to its historic past. New Haven is home to an unequalled collection of arts and antiques, ranging from natural history specimens to ancient musical instruments. Whether they are students or long-term inhabitants, city residents are proud of their city’s heritage as an internationally known educational centre as well as a hub for art, science, and history museums.

The Beinecke Library’s tall transparent marble cube houses 600,000 unique books, including one of the only remaining Gutenberg Bibles. The Yale University Art Gallery is famed for both its collection and its structure, which is a Modernist masterpiece. The various programmes, concerts, and events at Yale also contribute to New Haven’s thriving cultural scene, which includes a variety of theatres, a symphony, and a prominent midsummer jazz festival that contributes to the city’s tourist attraction. Explore the city’s various parks and natural areas in addition to tourism; families will find lots to do in East Rock Park and Lighthouse Point Park. 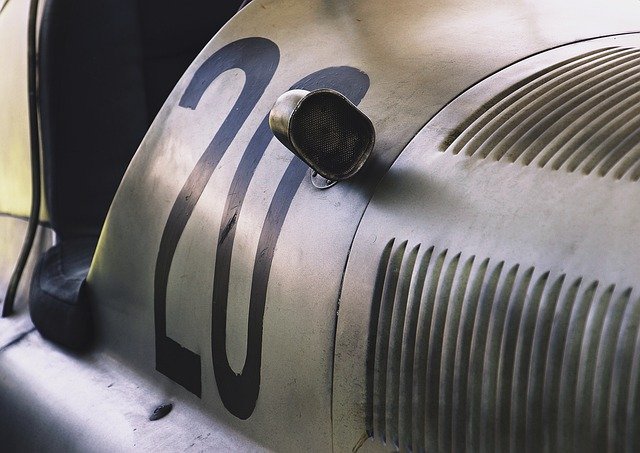 The New England Air Museum is the biggest aviation museum in the northeastern United States, including 80 aircraft in three exhibition facilities. Travel through aviation history as you explore the museum’s three massive exhibit hangars and view aircraft from different eras. See helicopters, amphibious vehicles, contemporary jets, and prize racers. Examine some of the planes that proudly served in World War II, such as the P-47 Thunderbolt, Corsair, and Hellcat. Watch interesting movies while keeping an eye on the control tower at Bradley International Airport.

Many intriguing exhibitions on themes ranging from the history of Sikorsky Aircraft through the Lafayette Escadrille, the AVG Flying Tigers, the Tuskegee Airmen, and the history of Pratt & Whitney. Visitors may learn about New England’s aerospace heritage through self-guided exhibitions, smart phone tours, and talks with the museum’s committed volunteer corps, which includes many retired pilots and aerospace engineers.

Yale University Art Gallery is America’s oldest campus art museum. The Gallery’s encyclopaedic collections of over 250,000 pieces date from antiquity to the present and reflect civilizations from all over the world. The YUAG collection, which is particularly rich in early Renaissance, African, and modern art, continues to increase year after year via gifts and purchases.

The Yale University Art Gallery is dedicated to increasing access to its collection while simultaneously fostering diversity, equity, and inclusion via a variety of activities. YUAG opened the Margaret and Angus Wurtele Study Center, an open-access storage facility on Yale’s West Campus, in 2017. Over 42,000 artefacts are housed in the 49,000-square-foot area, which is intended to promote object-based teaching and learning.

The Submarine Force Museum, houses the world’s best collection of submarine relics. Visitors can study hundreds of artefacts, papers, and images from submersible history. The museum covers the history of the “Silent Service” submarine from David Bushnell’s Turtle in the Revolutionary War through the Ohio and Virginia class submarines operated by our military today.

The Nautilus, the world’s first nuclear-powered vessel, is housed in the Submarine Force Museum. On January 21, 1954, the Nautilus was launched, with First Lady Mamie Eisenhower smashing the traditional bottle of champagne over its bow as she glided down the Thames River. It was also the first ship to reach the North Pole and the first submarine to travel “20,000 miles beneath the sea.” Visitors may tour the areas where the crew of this ancient ship worked, ate, slept, and enjoyed themselves during their lengthy trips beneath the ocean’s waves.