Top 10 Must Visit Tourist Attractions in Bihar – The Tour Buddy

The Bihar tourism destination in India remained underestimated. It is ironic that formerly Bihar was the seat of an old Indian monarchy, and today it suffered unrest as far as the Indian heritage tourism is concerned. Bihar history is thought to have origins in the dawning civilizations of India and then the government thrived as the home of mighty empires such as Magadh. It is the state which has given the world two essential sects, Buddhism and Jainism. Bihar grew into a significant historic site with numerous customs and cultures over the years. 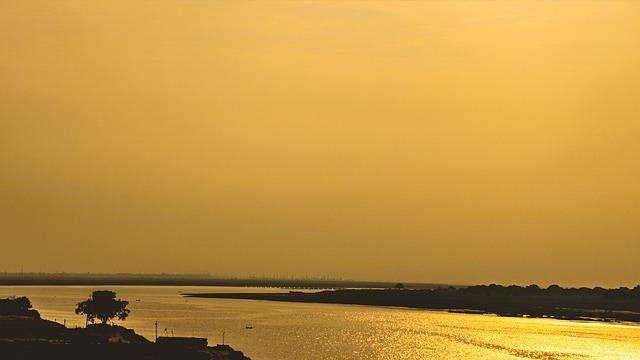 Bihar is visited by people from all over the globe to experience its natural beauty, history and culture. The winter season, which begins in the month of November and ends in February, is the best time to visit Bihar.

How To Reach Bihar

By Air: Bihar is well-connected by air to major cities in India and the world. The two important airports in Bihar are Jayprakash Narayan Airport (Patna) and Bodhgaya Airport (Gaya). There are daily flights between Bihar and major cities, such as Mumbai, Delhi, Kolkata and Lucknow.

By Road: There is a broad National Highway and State Highway network that links Bihar with the country’s major regions. Via these highways, Bihar is connected to areas within and outside the state. Common types of transport in Bihar are state and private buses, taxis and cars.

By Train: An excellent railway network links Bihar’s major and minor regions by rail to various parts of the country. Bihar’s major railway stations are Patna, Gaya, and Bhagalpur.

Now Coming to top attractions, here are the must visit places in Bihar…

Nalanda is possibly India’s oldest college and a significant place to visit in Bihar. This place is an acclaimed tourist attraction in Bihar. A perfect reminder of the period of the Gupta and Pala period. Mahavira is said to have spent 14 monsoon seasons here, the last and most prominent Jain Tirthankara. Still, in the mango grove, the Buddha is said to give lectures. Hieun Tsang, the famous Chinese traveller, was famous for having visited the centre for at least two years. Yet another well-known Chinese traveller spent about a decade here, AND that was this place’s glory. Today, much of Nalanda is in ruins, but the place is definitely worth visiting.

Gaya, a Hindu pilgrimage centre and a transit point for the Buddhist centre of Bodhgaya is one of Bihar’s most important sites. It is assumed that Buddha gained illumination here under the oak. It’s full of temples and historical monuments from several erases that are evidence of the success of the Maurya and Gupta dynascies. It’s located in a lively town on the banks of the Phalgu River. Gaya’s glory was so widespread that Hiuen Tsang himself could not resist mentioning it in his travel journals.

Situated on the south banks of the Ganges river and in the background of a glorious past, Patna has a dominant position in history and is one of the world’s oldest cities. This capital of Bihar is not only one of India’s most popular tourist destinations, but also a place to go on the Hindus, Sikhs, Jains and Buddhists pilgrimages and holds important spiritual and religious significance. In this city you can see the cultural heritage of Bihar, the most famous are Patna Sahib Gurudwara, Patna Planetarium, the high court, Golghar, Secretariat Building, and Padri ki Haveli. The riverfront town of Patna is also known as the Indian City for some delicious food – litty chokha is the king of all.

Check Out – Top 10 Must Visit Tourist Attractions in Patna

It is approximately 100 km from Bodhi Tree, Patna. It is a pilgrim’s centre for Buddhists from all over the world. Buddha has achieved the enlightenment in this tree. Also, the area was designated a UNESCO World Heritage Site. You will find MahaBodhi Temple, holy to those who practise Buddhism during your visit to the Bodhi Tree. The temple’s architecture displayed Indian architecture’s richness and grace.

The building was built in 17th century A.D. in the town of Rajnagar near Madhubani in Bihar. By Darbhangha’s Maharaja Rameshwar Singh. It was seriously damaged by an earthquake in 1934 and unfortunately not restored after that. The marble temple of the goddess Kalí, situated near the Kamala River and still widely visited, forms an integral part of the palace, yet is in use, and the building is known as the Palace Complex of Rajnegar, is one of the main tourist sites of Mithila and visited all year round. This is an important site for tourists.

In the middle of a lake, which is full of lotuses, is Jalmandir Temple. It is claimed that King Nandivardhan, Lord Mahavir’s elder brother, had founded a temple. Additionally, the temple is a Vimana-shaped temple. Also, in the temple the place where Lord Mahavira arrived and the place where he was cremated is marked. The 600-foot-long stone bridge links the temple on the side of the lake.

In Bihar’s interior, Vaishali is a small district that is also an important place of worship of the Hindus, the Buddhists and the Jain. Lord Mahavir was born in this area. Vaishali is thought to have been named after King Vishal, Mahabharat’s time. It’s also the town of the Buddha’s last sermon. However, it is now part of the Trihut division of Bihar, surrounded by mango and banana groves and vast rice fields. Also, the village is an important historical and religious attraction and is flourished every year by visitors.

Griddhakuta Peak is regarded as the highlight of the wilderness. The peak in Rajgir is similar to that of a buffalo and is most frequently frequented by buffaloes. Here Buddha gave some of his famous sermons and is hence regarded sacred by Buddhists. The rock cutting steps lead to two naturally shaped caves. Chairlift installations are accessible to those who find the trip physically difficult.

Madhubani in Bihar is an ancient city renowned for its abundance of art and culture. The city is known for the most famous paintings from Madhuban in the world and its origins lie here, noted at the Ramayana. In 1972, during the redevelopment of territorial borders, Madhubani emerged from Darbhanga district of Bihar. Also, as a popular tourist destination for art lovers, this small district is slowly growing here for painted Madhubani. Madhubani is also a major business town in the district of Madhubani, with Nepal to the north, Darbhanga to the south and Sitamarhi and Supaul on both sides.

On the southern banks of the Ganges River lies this historically significant city, Bhagalpur. Bhagalpur is the third largest town in Bihar, also known as the silk town. In addition to being a trade and political hub, Bhagalpur is well-known for being a major education centre. Additionally, With aid of the Vikramshila Gangetic Dolphin Sanctuary, the city nourish the species of the Indian National Aquatic Mammal, Gangetic Dolphins. The history of the city immerses itself in different mythologies. It’s a blurry line between them that makes it fascinating to explore.

Explore these amazing places to see in Bihar and share your amazing experience with us!