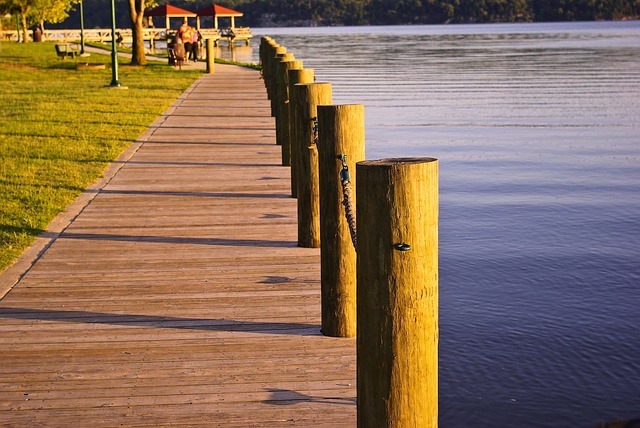 Arkansas, known as the Natural State, is home to the Ozark and Ouachita mountain ranges, which provide breathtaking beauty. It has stunning landscapes and natural treasures, with rivers rushing through rocky outcrops and spectacular state parks, and it is covered in lush woods. There is much to captivate you in the state, whether you’re seeking for spectacular architecture, caves, literary landmarks, art galleries, or wildlife. Arkansas is a culturally diverse state with a wealth of natural resources. It provides a mix of historical and outdoor attractions.

Arkansas is home to numerous wonderful small towns and cities, as well as some excellent natural tourist sites and spectacular wildness that lend themselves nicely to all types of outdoor activities. You’ll discover intriguing locations to see and activities to do all throughout Arkansas, from the Buffalo River to the halls of Little Rock Central High School, as well as the model Oval Office at the William J. Clinton Presidential Library. We’ve compiled a list of the top ten most amazing locations in Arkansas. 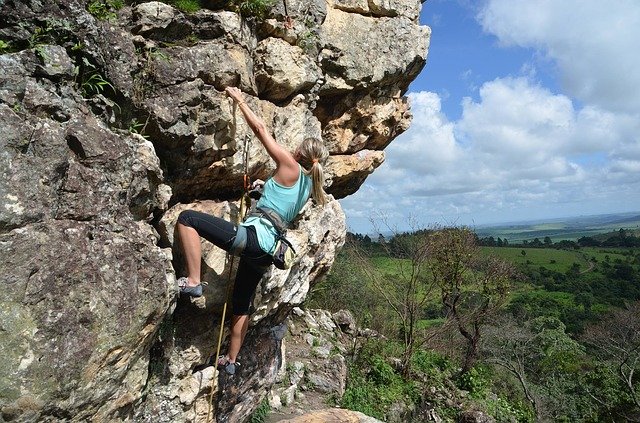 Mount Magazine, Arkansas’ highest point, dominates and defines the state park of the same name with its massive presence. The enormous summit, which rises to 839 metres, looks out over its surroundings, which include woods, hills, and the beautiful landscape of the Arkansas River Valley. Many hiking routes and cycling lanes wind their way through the park’s slopes, while rock climbing, rappelling, and hang gliding are available in the park’s upper reaches. There are informative and engaging displays on the park’s pure landscape and protected species inside the visitor centre, as well as campsites and barbeque facilities for visitors to utilise.

Mount Magazine’s tourist centre and lodge include an art gallery, gift store, and the Skycrest Restaurant, which has enormous bay windows with views of the outdoors. The visitors centre offers a range of informative programmes about Mount Magazine’s flora, wildlife, natural, and cultural history. Mount Magazine caters to extreme sports aficionados, with rock climbing, hang gliding, mountain biking, and horseback riding among the options. This park is one of the best place to visit in the Arkansas. 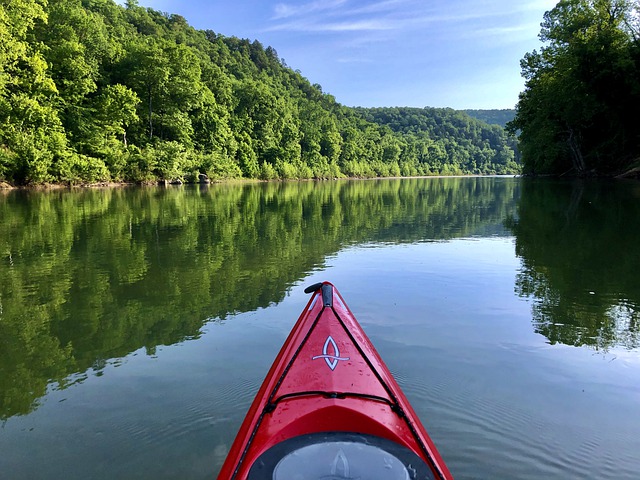 In 1972, the Buffalo River was recognised as the first national river in the United States. The river flows for approximately 217 kilometres throughout the state, and the National Park Service manages the region around it in the lower portions. Hiking, kayaking, and fishing trips provide enough opportunity for visitors to discover the vast and beautiful environment. Fitton Cave, which extends approximately 27 kilometres along the river as it meanders through the Ozark Mountains, is home to massive rock formations, caves, and bluffs. The region was significant throughout the pioneer era and the American Civil War, as well as being home to elk herds.

Hiking, camping, and horseback riding are popular activities surrounding the lake, while kayaks, canoes, and tubes may be spotted floating in the water throughout the summer and shoulder-season months. Everything from lush woods and dazzling waterfalls to towering limestone bluffs and jaw-dropping rock formations may be seen along its beautiful banks. In fact, there are more than 300 caverns in the region. Buffalo National River offers a variety of outdoor leisure possibilities in addition to its exceptional beauty and the several habitats it covers.

These hot springs in the Ouachita Mountains have long been a source of fascination for locals, and American Indians thought them to have medicinal qualities. Although the park opened in 1921, tourists have been coming for much longer. The historic Fordyce Bathhouse, which is now the park’s visitor centre, is one of the park’s magnificent old bathhouses that are still in use in various incarnations today. An observation tower, hiking trails, and lots of opportunities to explore the many hot springs that define this natural refuge are among the park’s main attractions.

Visit an urban park for an hour or a whole day, where American Indians sought out the therapeutic properties of pools of exceptionally cold and hot spring water 14,000 years ago. As exploration went west, a few cottages were erected around the bathing sites, and magnificent bathhouses have lured tourists to sample the 65-degree Celsius water pouring from Hot Springs Mountain for the past 150 years. Tour the historic Fordyce Bathhouse and wander the Grand Promenade, which originally had a bandstand in 1901. Hike to the Mountain Tower if time allows. 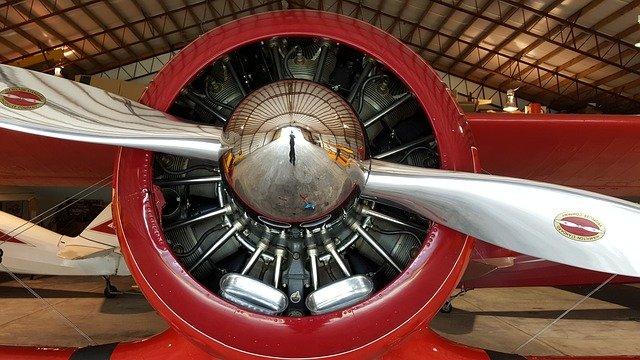 The Arkansas Air & Military Museum is a must-see for history buffs, especially those interested in aviation and the military. The collection includes a wide range of aeroplanes from various eras, as well as aviation and military artefacts and a number of automobiles. Several displays of genuine antiques and aviation memorabilia will take you on a journey through Arkansas’ colourful aviation heritage! The historic aircraft of the Arkansas Air and Military Museum range from world-famous racing planes of the 1920s and 1930s to an early airliner, and many of them are still flying.

The museum’s static displays span the golden age of aviation through the jet age, with Vietnam-era Army helicopters and a Navy carrier fighter among them. The massive, all-wood white hangar that holds it all is a piece of American history, having served as the headquarters for one of the country’s numerous aviator training stations during WWII. It’s one of the few preserved aeroplane hangars from the 1940s. 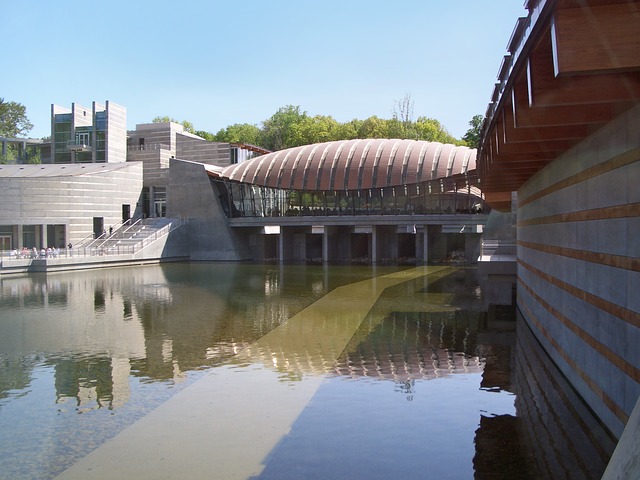 Alice Walton and the Walton Foundation built this museum in northwest Arkansas in 2011. The temporary and permanent displays cover the previous five decades of American art, making it one of the greatest collections of American art under one roof. Andy Warhol, Norman Rockwell, and Georgia O’Keeffe are among the artists represented. Crystal Bridges’ architecture and surrounding natural surroundings mix together to create a visually pleasant viewing experience. Crystal Brides has more than three miles of paths to explore on their 120-acre wooded property, including a leisurely stroll along the appropriately called Art Trail.

The complex serves as both a museum and a cultural centre, including high-quality exhibit rooms and a curatorial complex, as well as a library and numerous social and educational areas. Two ponds are created by two suspended-cable-and-timber “bridges” that cross the valley. The major building materials – concrete, wood, and fieldstone – are all acquired locally. In all directions, the surrounding tree crown is visible over the museum’s roofline. At the north pond, two bridge structures house galleries, as well as welcome, dining, and hospitality amenities. 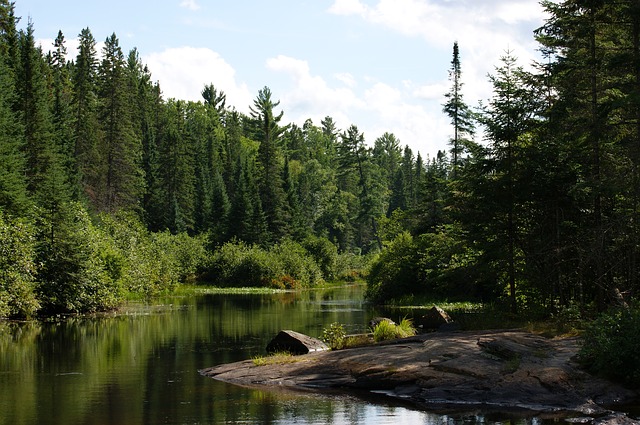 Mammoth Spring is a National Natural Landmark and one of the world’s biggest springs, with nine million gallons of water gushing per hour. It produces a 10-acre lake before flowing south as the Spring River, a popular trout and float stream in the Ozarks. The history of Mammoth Spring includes the ruins of a mill and a hydropower facility. The park also has a museum and an 1886 Frisco railroad depot. A playground, picnic area, baseball field, walking route, Arkansas Welcome Center, and gift store are among the attractions.

An information centre that also acts as an Arkansas Welcome Center is one of the park’s amenities. The museum’s exhibits tell the narrative of the region’s history and natural resources. Picnic areas, a walk, a ball field, and a children’s playground are all nearby. Mammoth Spring, Arkansas’ biggest spring and a National Natural Landmark, is the park’s main attraction. A railroad depot museum, a boardwalk across the dam, and an out-of-service hydropower plant are among the other attractions. 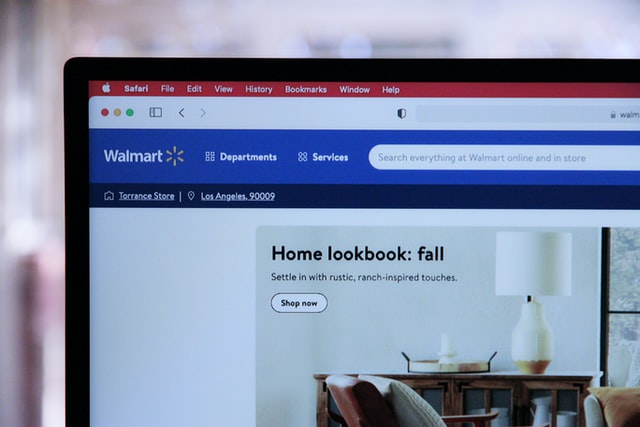 The Walmart Museum, which is located in Sam Walton’s hometown of Bentonville, is a must-see for anybody interested in the history of this behemoth retailer. Fascinating exhibits trace the origins of the phenomenon and go up to the present day. The goal of this museum is to educate, engage, and inspire visitors about Walmart’s history. The museum has done an excellent job of showcasing Sam Walton’s development as a leader as well as the history of Walmart.

The Walmart Museum’s Spark Café Soda Fountain pays homage to Sam Walton’s passion of ice cream with nine distinct ice cream flavours at the scooping bin. You may try the Spark Cream as well as all nine of the flavours! The building, which Sam Walton first established as a five-and-dime store in 1950, now contains a museum with exhibits and a reproduction of the original dime store, complete with original floor tiles, a tin ceiling, and goods that the business would have sold. At the old-fashioned soda fountain, order an ice cream float. 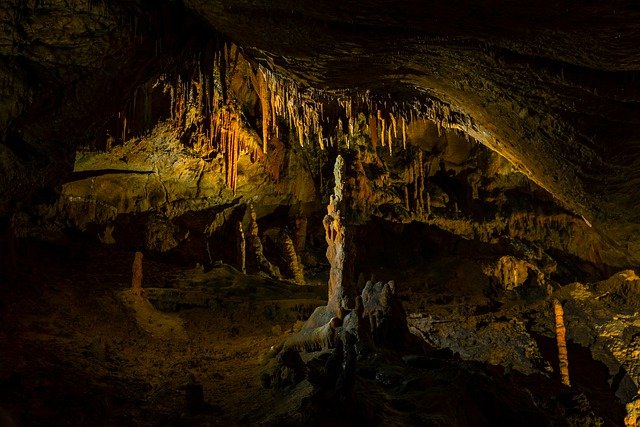 The Blanchard Springs Caverns are one of the most magnificent and meticulously built caverns in the world, located in the Ozark National Forest. They are said to have been produced and altered by a continuous mountain spring that flows into Mirror Lake, a glassy-surfaced trout pond under the cave. Visitors can choose from a number of excursions that offer different perspectives of the cavern as well as differing levels of difficulty. Thousands of people visit the active cave each year, which features dazzling formations, stalactites, stalagmites, and flowstones. Visitors can select between paved pathways and tour paths with handrails.

Blanchard Springs Cavern may only be explored on one of three ranger-led tours, including the famous 1.2-mile Discovery Trail. The surrounding environment, notably Blanchard Spring, a gorgeous Ozark Mountain cascade, is extremely interesting to explore outside of the cave and above ground. 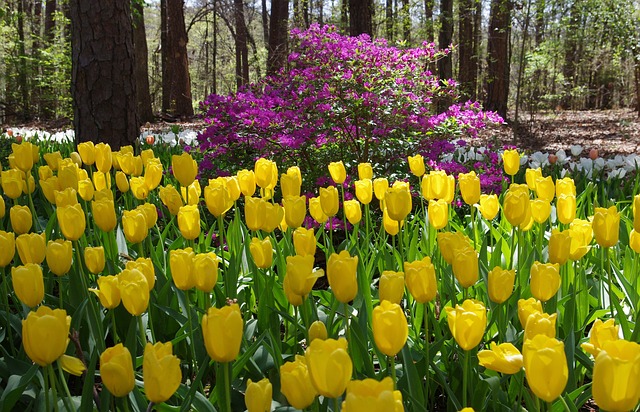 On a 210-acre peninsula on Lake Hamilton, Garvan Woodland Gardens is Arkansas’ greatest botanical park. Garvan Woodland Gardens, one of the most breathtakingly gorgeous sites in the Natural State, was the vision of creator and donor Verna Cook Garvan. It’s hard to realise that this was once a piece of clear-cut land as you stroll through the lush, gorgeous gardens now. In 1915, loggers cut down every tree on the property.

The gardens, which are located on 4.5 miles of wooded shoreline along Lake Hamilton near Hot Springs, include over 128 species of ornamental and native shrubs and wild flowers, 160 different types of azaleas, a 4-acre Asian garden with a 12-foot waterfall, three unique bridges, the Perry Wildflower Overlook, and the sandstone and redwood Garvan Pavilion, designed by Fay Jones and Maurice Jennings. 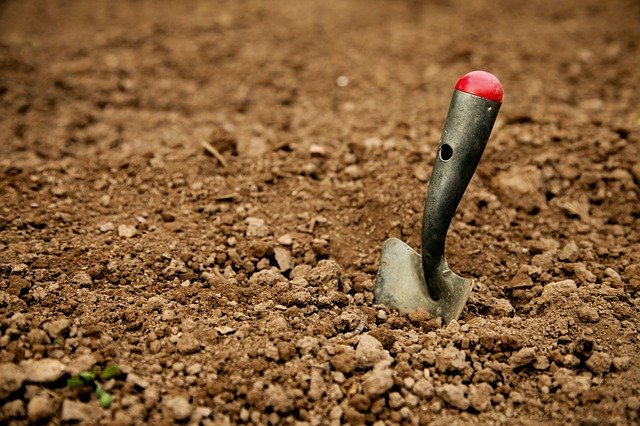 Crater of Diamonds State Park, located in southern Arkansas just outside of Murfreesboro, is the only publically accessible source of natural diamonds in the United States. Over 75,000 diamonds have been discovered since 1906, including the Strawn-Wagner Diamond. Diamonds of all colours, from white to brown to yellow, may still be found here today. You can keep everything you discover at Crater of Diamonds. In 1972, the property was designated as an Arkansas state park. A museum, a water playground, and a tree-shaded campsite with 52 sites, 47 of which are fully supplied with water, hydro, and sewage hookups, are also available in the park.

Your diamond hunt begins here, where you can learn about diamonds and how to find them in advance of your visit. You can see real, uncut diamonds and interact with exhibits illustrating the area’s unique history and geology at the park’s visitor centre. You may learn more about the park’s rocks and minerals, as well as how to hunt for diamonds using various techniques, at the Diamond Discovery Center. Diamonds appear in every hue of the rainbow, with white, brown, and yellow being the three colours found in the park. Other rocks and minerals found here include amethyst, garnet, jasper, agate, quartz, and others.