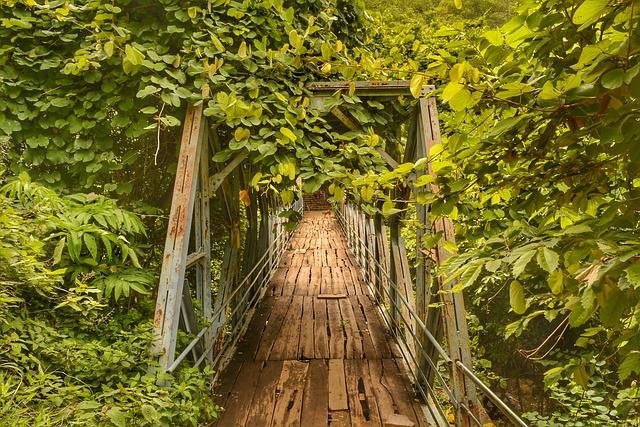 The best time to visit in Andhra Pradesh is winter. The moisture would be very low and the condition would be good. The winter season often begins in November and ends in February.

How to Reach Andhra Pradesh

By Air: Access to international and domestic flights is provided by airports in Andhra Pradesh. The state has a total of six airports, of which the international airports are Vishakhapatnam, Vijayawada and Tirupati, and the other three operate as domestic airports. These airports are well connected to India’s Mumbai, Delhi, and other major cities.

By Rail: Everywhere in India, trains provide a comfortable way to travel. There are many trains in Andhra Pradesh that connect different cities in Andhra to the rest of the country. Some of the famous railway stations in the state are in Andhra Pradesh, Vijayawada Junction, Visakhapatnam Junction, Tirupati, Dharmavaram Junction. Check out IRCTC Website for information about trains in India.

By Road: The state of Andhra Pradesh and other cities and states in India are extremely well connected. Some of the best and well-maintained roadways in southern India are enjoyed by the state. For inter-state access, there are many two-lane, four-lane, and six-lane highways. The Andhra Pradesh State Road Transport Corporation is the state’s road-transport governing body and under its direction and control many government buses are run. Bus services are also operated by private bus operators.

Now Coming to top attractions, here are the must-see places in Andhra Pradesh…

It is one of the oldest port towns in the world, also known as the Vizag. Visakhapatnam Tourism is renowned for its picturesque beaches and calm scenery, as well as a rich cultural heritage. The city’s Visakhapatnam harbour is recognised as the site of India’s oldest shipyard. Araku Valley, one of Vizag’s biggest attractions, is located a short distance from Visakhapatnam. It is a hilltop full of roasting waterfalls, crystal-clear rivers, luxuriant green gardens and difficult hiking tours. The City is surrounded on three sides by majestic hills, and on the other side by Bengal Bay. One of the best things about Vizag beaches is that they are much cleaner than the popular Indian beaches and Yarada Beach is no exception. It is the best spot for a sunrise or a sunset on the golden sands.

Check Out – Top 10 Must Visit Places in Visakhapatnam

Tirupati is renowned for Lord Venkateshwara Temple, which is one of the most famous pilgrimage sites of the world, in Andhra Pradesh district in chittoor. Tirumala is one of Tirupati’s seven mountains with its largest temple. The temple is expected to take the shape of an idol where Lord Venkateshwara is home to the Govinda diet. Tirupati is one of India’s most ancient towns and is mentioned in many ancient Vedas and Puranas. The Temple of the Seven Hills is also internationally known as being spread over 26 kilometres and visited by almost 50,000 pilgrims daily. Other temples are also accessible in Tirupati, including the Temple of Sri Kalahasti, Sri Govindarajaswa, the Temple of Kondandarama, the Temple of Parashurameshwara.

Also known as Andhra Ooty, it is one of the most popular spots to visit Andhra Pradesh and one of the best attractions in Vizag. Araku Valley is the location of many Tribal groups on the Eastern Ghats. Araku is a tourist destination with an enjoyable atmosphere, exuberant greenery, waterfalls and streams. Its popular coffee plantations are well established. Araku has some fascinating locations, such as caves of Borra, Tyda, Katiki Falls, Tribal museum, and botanic gardens of Padmapuram. In addition, these coffee grounds are a must for all those who want to taste the flavor.

Srikalahasti, popularly known as Kalahasti is one of oldest and most prominent Shiva Kshetras located in Andhra Pradesh district of Chittoor. This is known as Srikalahasteeswara Temple, built in the 10th Century. The whole temple was cut off from the side of a large pillar of stele. Srikalahasti is one of the best getaways to experience Andhra Pradesh tourism. It is on the banks of the Swarnamukhi River that relies on the Pennar River, one of South India’s biggest rivers. In the three ancient times, the Skanda Purana, the Shiva Purana and the Linga Purana can be seen in the ancient temple of Srikalahasti. However, the 5th century Pallava’s kings established the initial foundation of this Temple. The 10th century the Kings of Chola restored the temple and built the main building.

Talakona Falls is located in Sri Venkateswara National Park near Nerabailu Village of Yerravari Mandal of Chittoor district, in Andhra Pradesh. The magnificent waterfall, which falls deep into a valley about 270 metres high, making it Andhra Pradesh’s highest waterfall and one of the highest tourist sites in Andhra Pradesh. It is also one of Bangalore’s most famous waterfalls. The cascades are set in a thick woodland, surrounded by greenery and natural beauty. The Talakona Falls water is thought to have healing powers enriched by herbs. Because of the large range of plant species in the area, Talakona was declared a Bio-Sphere Reserve in 1990. Various endangered species such as sambar, porcupine, cheetal, gold-golden gecko, Indian giant squirrel, slim loris, panther and other species can be found here.

Kadapa means a ‘Gateway,’ literally. This name is due to its unique location, a gateway to the Tirumala Hills pilgrimage site. The city was a part of different ancient kingdoms and it is well-known for its different temples and fortifications which illustrate the wonderful Dravidian architecture and artisan skills in the stone-carving field. Bellum caves are only a handful of the longest caves of the Indian subcontinent. Also a great place to visit is the Shree Venkateswara National Park which offers a great view of flora and fauna.

Amaravathe is a planned town on the bank of the River Krishna, regarded as the capital of Andhra Pradesh. Amaravathi is famous for being a Buddhist stupa, a semipheral structure with Buddhist remains often called the Abode of God. Amaravathi is a place of Buddhism. Hyderabad has been declared the capital of the then neo-created state of Telangana following its division into two states in2014. This led to the choice of Amaravathi as Andhra Pradesh capital. Amaravathi was a term deriving in itself from the Satavahana dynasty’s ancient capital. The number of temples and shrines that decorate a little town in several different sections means that pilgrims visit this place almost year-round.

The city of Hyderabad, known as the ‘Pearl City’ is one of India’s vibrant cities. Hyderabad has plenty of tourist places, such as historic temples, lovely gardens, parks, lakes and several different resorts. Many museums and exquisite lip-smack cuisines are to be found in Hyderabad among the must-visit tourist sites of Hyderabad. This place is known for its fascinating and delicious biryans and renowned spots such as the Charminar Fort and the Golconda Fort. Checkable Hyderabad monuments are renowned for their splendid appearance. In and around the town of Hyderabad, various eminent sights are arranged and few of them.

Check Out – Top 10 Places to visit in Hyderabad

Historically located on the right bank of the Penna River, Gandikota is distinguished by its own fort. The city used to be the hub of the famous Chalukyas, Kalyani, Sultanate of Delhi, Kamma Nayaks and Sultanate of Golconda which, apart from being naturally beautiful, have a historical significance. Because of its unbelievable natural beauty, Gandikota is one of the most beautiful places to visit. It is a picturesque paradise for photographers and natural lovers because of the fort’s historic walls, the ondened, mountainous terrain and picturesque gorge that makes it special to Gandikota Tourism.

Kurnool, a place of great historical importance, is a small town in Andhra Pradesh where much history has been marked. The town is also named the Rayalaseema Gateway.
Kurnool holds remains of the palace of Gupal Raju (last Hindu King), ruins of an ancient Persian and Arabic mediaeval fortification founded by the Empire of Vijaynagar, and a summer palace built during the 16th century by the leaders of Kurnool. Kurnool is derived from Kandanavōlu or Kandanōlu, which used to be a crossing across the river Tungabadra and was thought to have grafted the tyres by caravans.

Explore these amazing places to see in Andhra Pradesh and share your amazing experience with us!