With picture-postcard views of the St Lawrence River unfolding from the Terrasse Dufferin boardwalk high above, Québec City’s dramatic setting strengthens its appeal. Unlike any other location in North America, the city’s historic centre, with hundreds of elegant mansard-roofed old stone houses clustered within a perfect frame of crenellated city walls. Here in this article we are going to share the top places to visit and things to do in Quebec city. 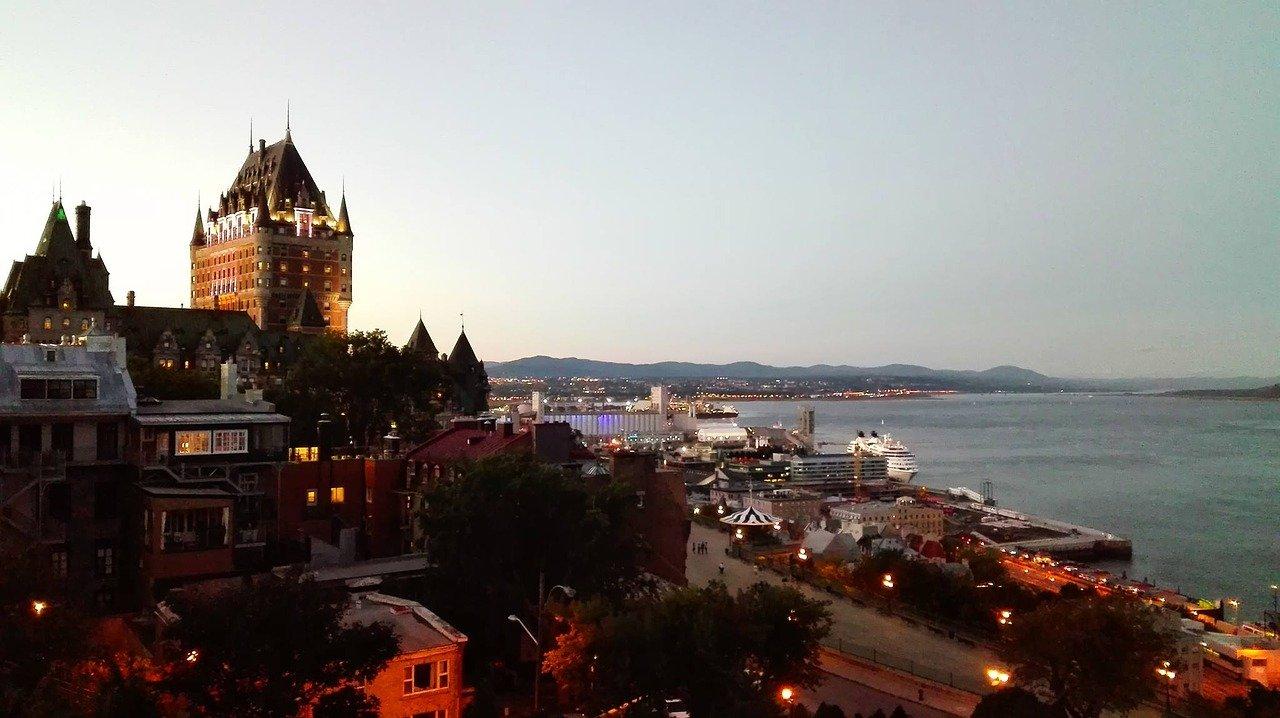 Depending on what sort of holiday you are looking for, it’s just up to you. Each season has its own charm; four seasons are here; the choice is yours!
It can be cool or hot, dry or humid in summer. It runs from the end of June through to the beginning of September.
The fall is cool and rarely warm, and in the fall there is more rain than in the summer.
With regional variations, the cold season is from the end of November to early April. Although summer has a humidex, there’s a windchill factor for winter.
The spring season runs from late March to late June, and Québec spring is often quite short. Make sure you bring four-season clothes and don’t forget your umbrella.

How to Travel in Quebec City

By Air: Quebec city is well connected through Air. Whether you’re flying in from within the country or from another one, you can easily reach in this city. As there are domestics and International Flights regularly. The Jean Lesage International Airport , 10 km from the city-centre, is well connected to all major cities in Canada, the United States and Europe.

By Train: Local trains, and long route train, both are available to travel in through Canada. Riding the rail provides the best sightseeing in Canada at its finest.

Now Coming to top attractions, here are the must-see places in Quebec City… 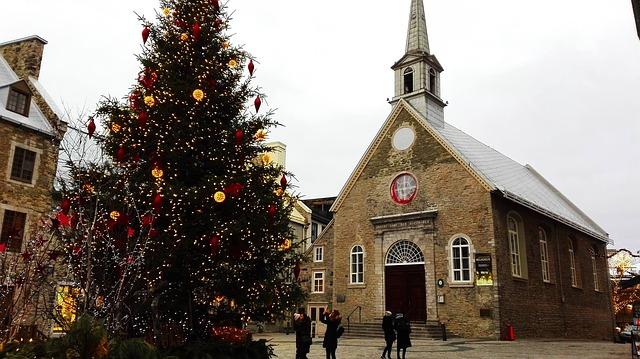 Place Royale is where the City of Québec was established in 1608 by Samuel de Champlain. With structures that blend French and British influences and the oldest stone church in North America. The complex architecture represents the successive cycles of colonisation in France and Britain. A few structures of steel and glass represent present trends of the 21st century. Restaurants with patios and shops selling souvenirs, crafts and more have become the perfectly preserved houses that surround Place Royale. 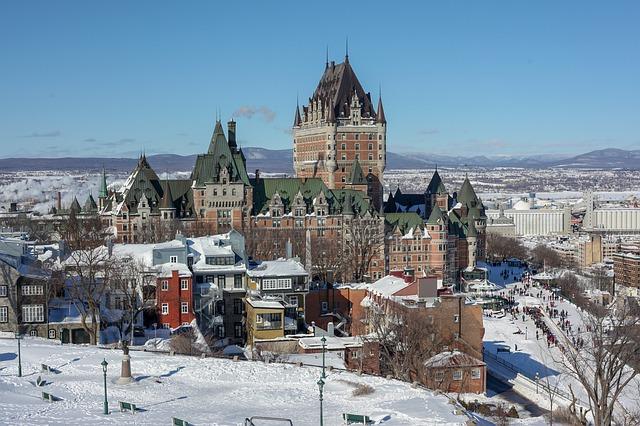 The most famous structure in the provincial capital, visible from miles away, is the grandiose Château Frontenac. The hotel was built by the Canadian Pacific Railway in 1894, and it still welcomes guests from all over the world in one of the most romantic settings you can find. The ruins of the fort that lie underneath the Promenade des can be seen by both hotel guests and visitors. 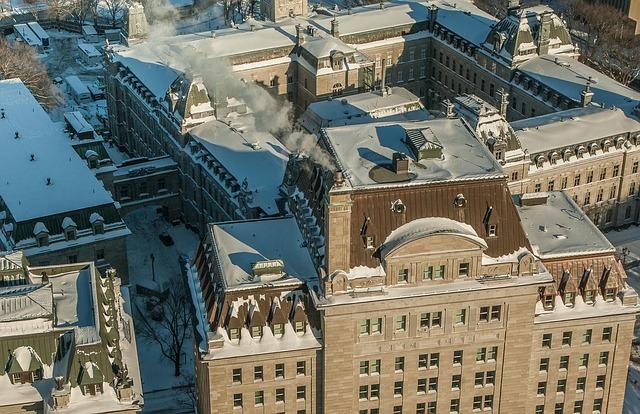 The spacious district, situated just southwest of the old Upper Town, is the seat of the provincial government of Québec. Every number of Parisian public buildings may have been modelled on the Parliament, built in 1877 but later enlarged. Inspired by the Louvre in Paris, the Second Empire Neo-French Revival architectural style is unique in North America. The front of the building also contains a pantheon reflecting the rich heritage of the province. 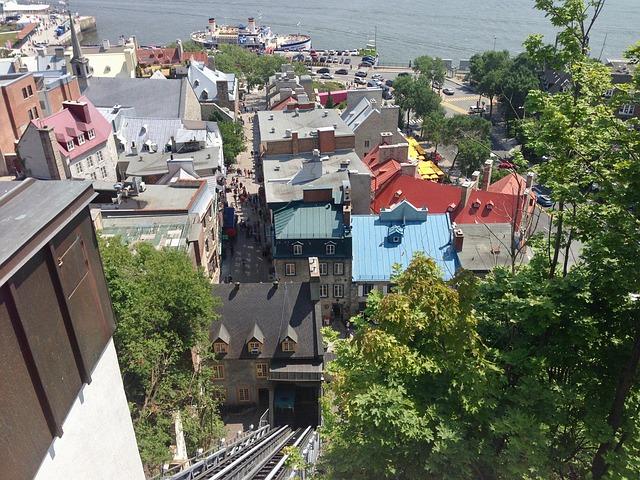 The Old Port was once one of the world’s fifth-largest ports. Old-Port today is a centre of operation in Quebec City, a popular spot for locals and tourists alike. During the winter months, though the area is calm, summer is when Vieux-Port starts to pulse with activity; massive cruise ships, food and beer festivals, art exhibits, and more are welcomed. The Marché du Vieux-Port is also a public market on the waterfront, with everything from local farm produce to bicycle rentals.

This observatory presents an original experience that takes you on an intuitive and imaginative journey to discover the history of the capital of Québec and the sources of the identity of Québec, in addition to offering the highest and nicest panoramic views of Québec City. Beyond the ancient walled city, the panorama stretches to Levis, St. Lawrence, and Île d’Orléans. From the Funicular, Québec City’s solution to its extremely hilly geography, you can also get excellent views of the city. 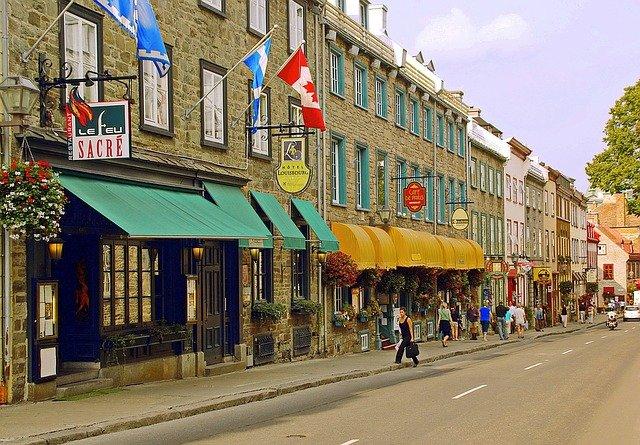 One of Quebec’s liveliest day-to-night destinations is Grande Allée. Set aside a few hours for this long, leafy street to be explored. Your path will be lined with stunning architectural examples, including some buildings that house fascinating attractions for tourists. Stay until the sun sets to see a mix of locals and tourists fill the sidewalks, drawn to the street by its reputation for exceptional dining and dynamic nightlife. 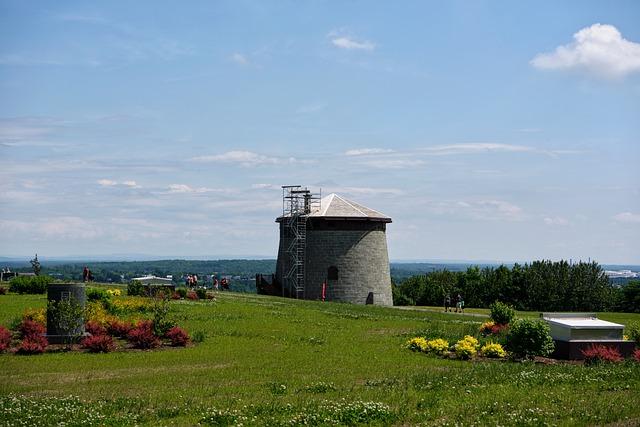 In 1908, on the former military grounds spanning the Plains of Abraham, the National Battlefields Commission was tasked with creating a large city park. Québec City has acquired a magnificent park intended for generations of residents and tourists to host all kinds of activities and bring pleasure. But patience was required to bring this project to fruition. Whatever the time of year a walk through the park offers a great chance to communicate with nature.

The Musée de la Civilisation in Québec City, with its main museum located in Basse-Ville near the Old Port, is a three-part institution which delves into the many facets of human history and the establishment of French America. As well as exploring the Québec experience, the permanent collection draws from communities across the globe. In the historic Séminaire de Québec in the Upper Area, the Musée de l’Amérique Francophone is located. Place Royale also has galleries at the Musée de la Civilisation.

The Sainte-Anne-de-Beaupré Shrine, situated just 20 minutes from Québec City, attracts nearly a million visitors a year. People of all ages have been meeting at this Shrine dedicated to Saint Anne, Jesus’ grandmother, for over 350 years. Discover the remarkable past of Saint Anne and the significant role she played in the confidence of our people through the elegance of various artistic masterpieces (paintings, mosaics, stained-glass windows, stone and wooden sculptures). 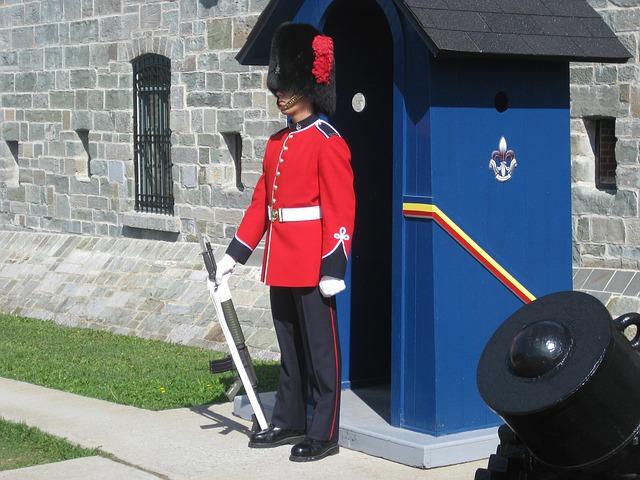 Cap Diamant reaches a height of 100 metres and commands a broad and diverse panorama, pushing uphill from the west and facing the St. Lawrence River. Sitting atop this is the star-shaped Citadel of Québec, a huge fortress built in 1832, surrounded by thick walls, ramparts, and ditches. The Citadel is now an active military post and is used as military quarters for commanders, officers, and troops, as well as as the summer home of the Governor General of Canada.

Explore these amazing places to see in Quebec city and share your amazing experience with us!