Edmonton, the capital of Alberta, extends across the centre of the province to both sides of the North Saskatchewan River. Edmonton, known for its natural scenery, cuisine, history and amenities, is a community for everyone. It is home to the first living history museum in Canada, Canada’s largest heritage park and the largest mall in North America. If that is not enough, a lively theatre scene, various professional sports teams and some impressive architecture are also available. In this Article we are going to share top places to visit and things to do in Edmonton. 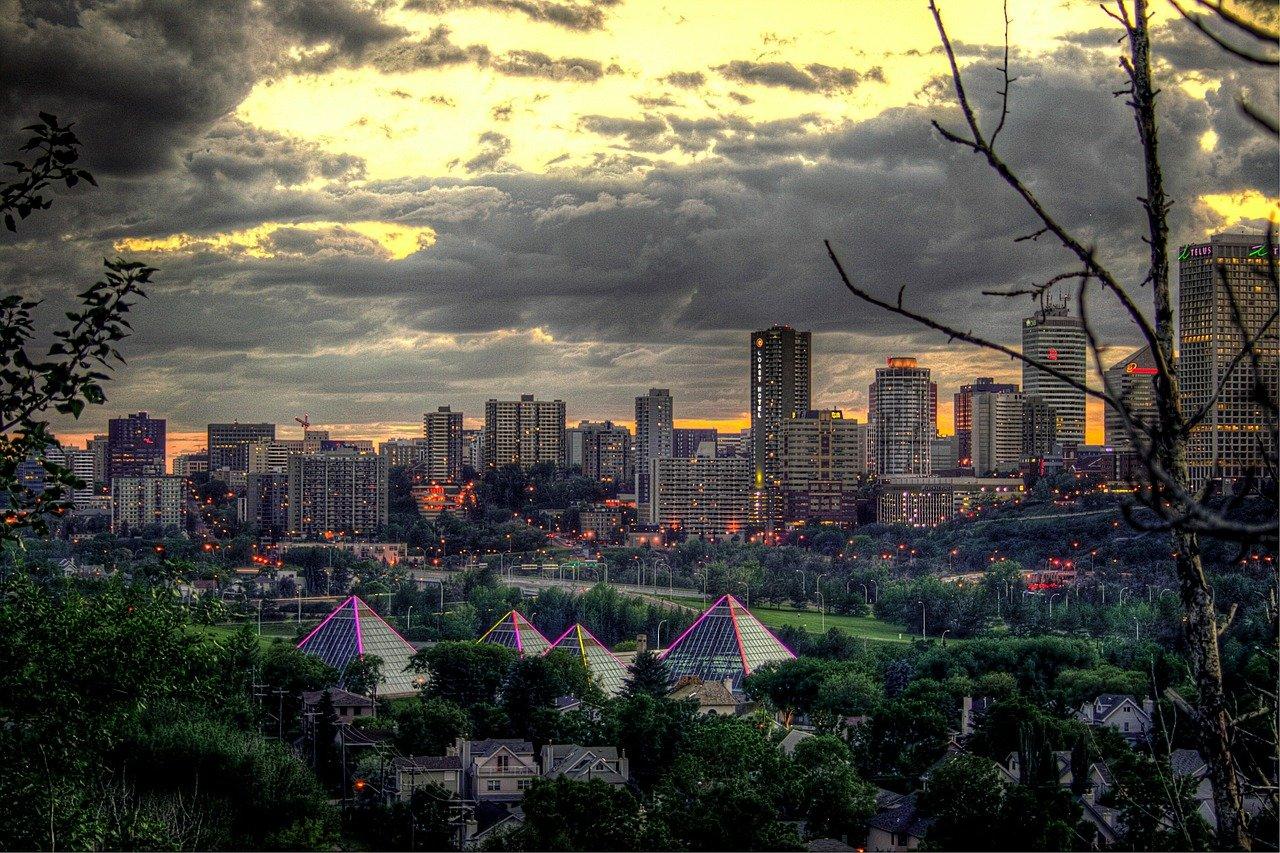 Edmonton is a year round destination with something to do all around the year but it is best to visit the city between the month of June through August. The weather is mild and the city celebrates several major festivals during this period. As summer is peak tourist season.

How to Reach Edmonton

By Air: The city is served by Edmonton International Airport and is about 30 minutes from downtown. In the United States, Europe, Asia and the Caribbean, there are flights to Edmonton from major cities.

By Bus: City buses cover the entirety of the city and are easy to use. A number of bus services to Edmonton are available. Greyhound buses run in all of Canada’s major cities. In all of Alberta, Red Arrow Motorcoach operates luxury bus services.

By Driving: With a travel time ranging from 5 hours to 12 hours by vehicle, Edmonton is linked to many Canadian cities by road. Rentals of cars in Edmonton are a fantastic way to discover the city and the surrounding area. In the whole city, metered parking and public parking lots are found.

By Train: VIA Rail provides commuter train services from major Canadian cities such as Toronto, Vancouver and Montreal to Edmonton. From Clareview Station, in the northeast portion of the city, the Light Rail Transit line trains run to Century Park Station. The trains normally run every 6 minutes and there are regular passes and single ride passes available in the area.

Now Coming to top attractions, here are the must see places in Edmonton…

Royal Alberta Museum opened as The Provincial Museum and Archives opened in Dec. 7, 1967. In 2005, in honour of Queen Elizabeth II, who visited Alberta that spring, it became the ‘Royal’ Alberta Museum. The Royal Alberta Museum is the largest museum in Western Canada, providing you with more than 82,000 square feet of exhibition space and hosting a huge and wide-ranging collection of Alberta artefacts, study and understanding. In a number of galleries, over 5,300 objects are displayed.

The Mt. Everest of indoor entertainment, shopping and attractions in North America is West Edmonton Mall. A spot that you must visit at least once in your life. Part adventure park and entertainment centre, part destination for shopping and dining. The WEM is a leading tourist attraction in central Alberta, once advertised as the “Eighth Wonder of the World,” WEM remains North America’s largest shopping centre.

Fort Edmonton Park is a historically-themed attraction offering guests of all ages authentic, immersive, unforgettable and enjoyable experiences. More than 150 years back in time, travellers walk through the days of the fur trade, and the groundbreaking years of 1885, 1905 and 1920. Costumed interpreters bring to life the past and welcome you to experience the best of the era. If you want to do more than just discover the history of Edmonton, Fort Edmonton Park is your chance to see it. 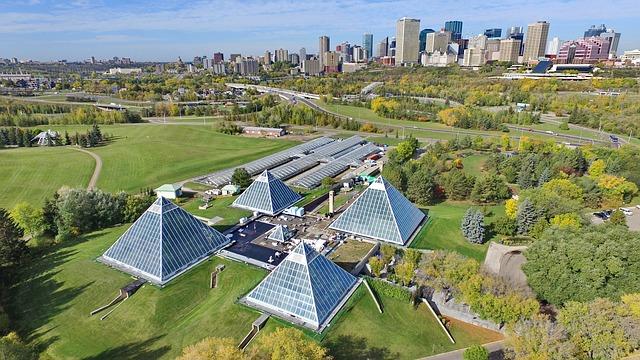 At the enchanting Muttart Conservatory, breathe in the colourful and exotic life. Each of the four iconic pyramids contains a theme garden depicting a distinct biome of the world and species from Mexico to Madagascar. Each of the four pyramids includes gardens with a specific theme of thousands of plants; Arid, Tropical, Temperate and a Feature Pyramid that shifts throughout the year many times. 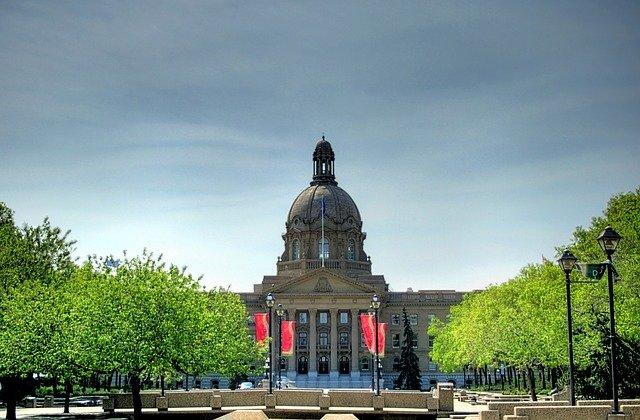 A masterpiece of marble pillars, carved oak, elegant Beaux-Arts architecture and magnificent grounds, the Alberta Legislature Building is a wonder. Set atop the banks of the River North Saskatchewan, this is the background to the political activity of the province. Regardless of the season, the grounds and rotunda of the Legislature are a perfect place to spend a family afternoon. Only north of the Legislature House, on the main floor of the Federal Building, you can find the brand new Visitor Centre. 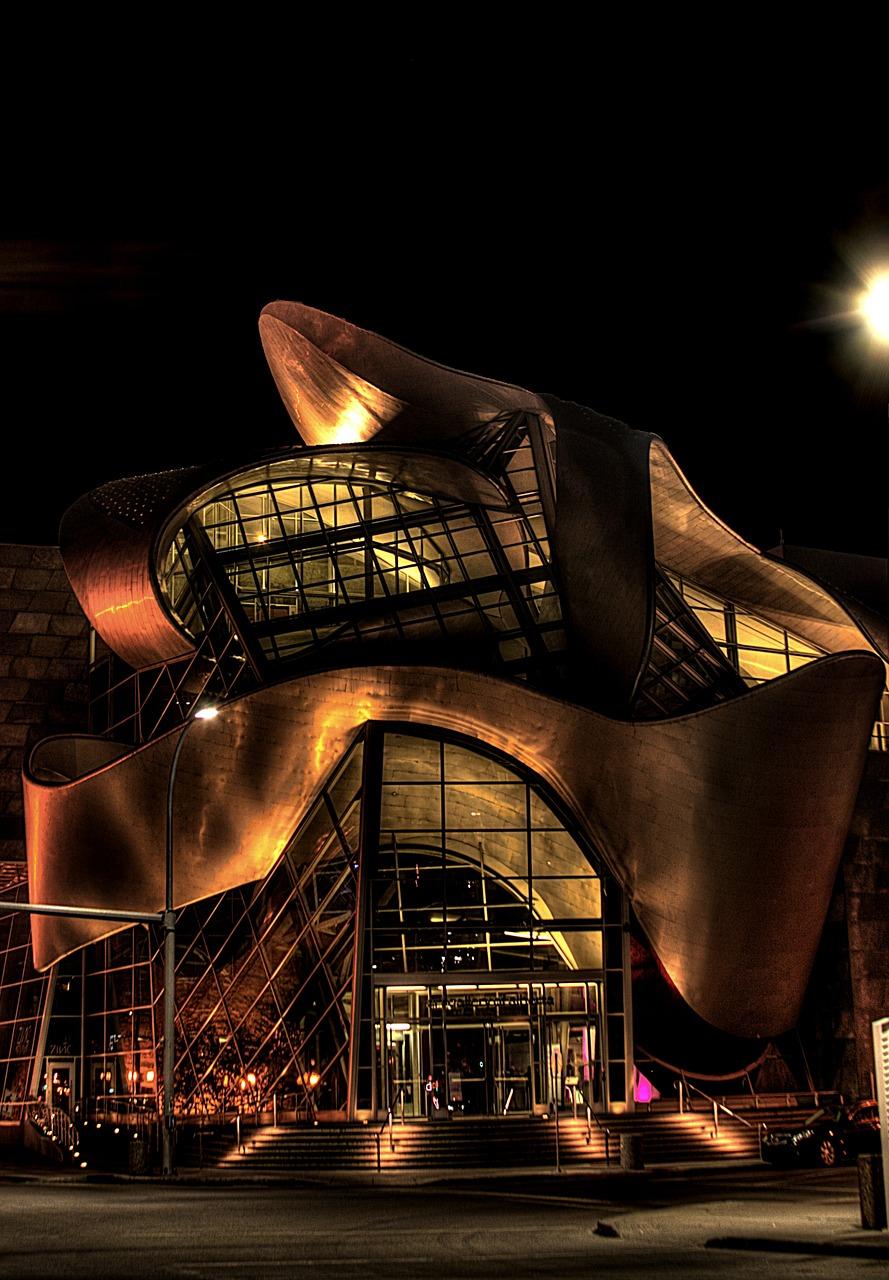 In the centre of downtown Edmonton, the Art Gallery of Alberta (AGA) isn’t just a shiny piece of modern architecture. It is also one of the largest art galleries in Canada, showcasing everything from masters of the Renaissance to new up-and-coming art stars. There are 3 gallery rooms on level one, 2 gallery rooms on level two, and the third floor has the biggest exhibition area. There is also always a showcase on the lower level showcasing work from the Art Rental & Sales of the gallery or works from local artists. 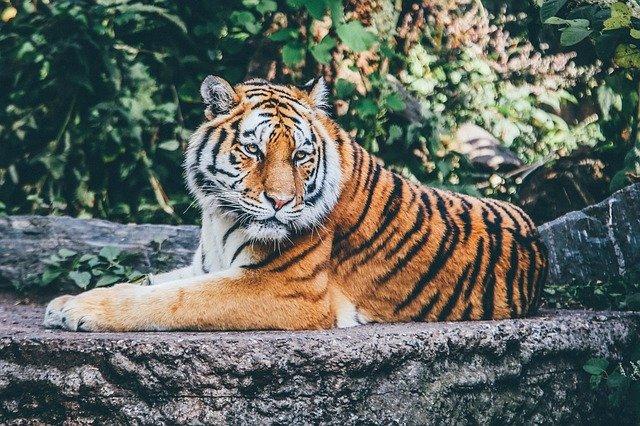 The Edmonton Valley Zoo, located on the banks of the North Saskatchewan River, has been providing its tourists with authentic and entertaining animal experiences since July 1, 1959. In order to encourage the appreciation and learning of animals and nature, the zoo values stewardship, conservation, education and engagement. The Edmonton Valley Zoo is home to over 350 animals, all here for tourists to explore, learn about and enjoy, including a wide range of species from various climates and ecosystems.

This lush outdoor getaway, a short drive from downtown, is Alberta’s largest botanical garden. You are drawn through a cornucopia of exotic flora by the winding paths, perfectly positioned water features, and stunning stone structures. Rest at the Japanese Garden of Kurimoto or walk into the Tropical Showhouse for a magical encounter with colourful butterflies. Hundreds of species of beautiful herbs, flowers and ornamental plants cover the temperate and arid showrooms and Native People’s Garden. 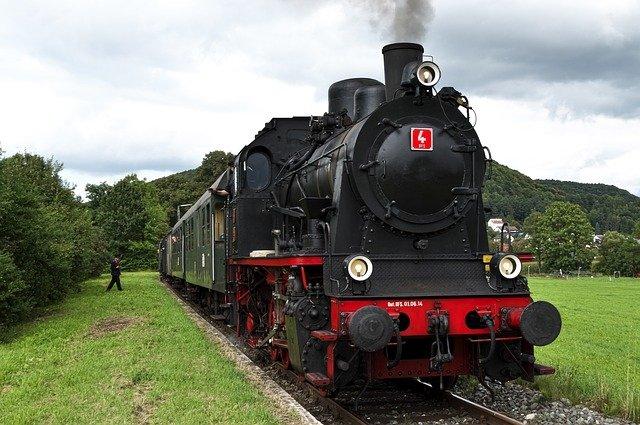 The railway museum is devoted to the history of everything related to trains and railway history. The Railway Museum of Alberta maintains and interprets valuable railway objects, such as locomotives, railway vehicles, track maintenance equipment and buildings. Northern Alberta Railways, as well as a few specialised Canadian railways, are the subject of their list. The Museum offers immersive hands-on fashions, over 75 locomotives on site, antique train journeys, and railway history archives. 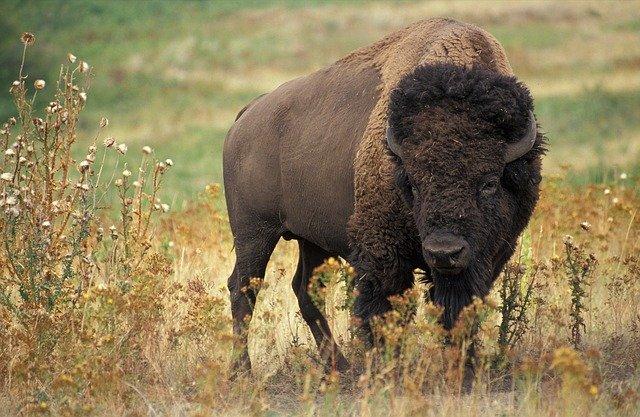 The National Park of Elk Island spans 194 square kilometres. Elk Island has an amazing variety of species, including plain and wood bison, elk, moose, and deer. Bird watchers are also in luck, as 250 bird species are home to Elk Island NP. Warm weather takes hikers, golfers, and boaters to Elk Island, whether by kayak, canoe, or even sailboat. The Hayburger Trail, Simmons Trail, Shirley Lake Trail, Moss Lake Trail, and more are trails across the island.

Explore these amazing places to see in Edmonton and share your amazing experience with us!