West Bengal Tourism has some of the wonderful scenery and natural beauty, as well as valuable architectural and natural heritage. West Bengal is a location with many wonders of nature. In addition to the attraction of the region, West Bengal is home to vibrant festivity, sublime architecture, delightful craftsmen, traditional and contemporary music and rustic ethnic delicacies. 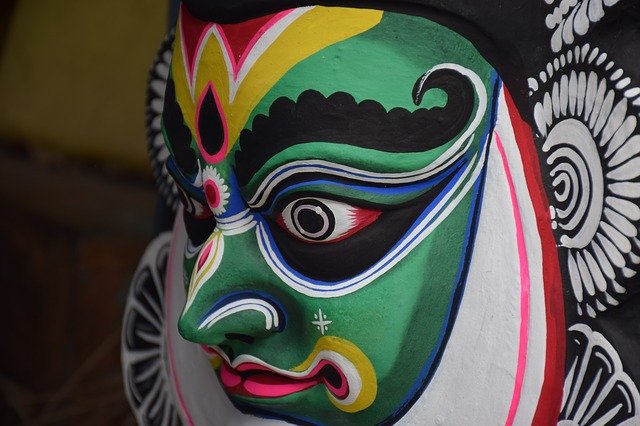 What is the Best time to visit in West Bengal?

West Bengal is best visited during the winter season in the State between October and March. The cool and friendly weather between October and March will make you enjoy yourself at the beaches and at the hills. Only during those months is much of the state’s attractions available to visitors and the brilliant temples, heritage buildings and architectural wonders of the State can be seen. Summers are extremely hot and during this time, it is best to avoid any journey.

How To Reach West Bengal?

By Air: The capital of West Bengal, Netaji Subhash Chandra Bose International Airport, is supremely well linked with the rest of the world. The airport, which is situated in Dumdum, Kolkata, receives flights from other major cities and from destinations across the world. Most tourists to West Bengal chose to travel into Kolkata before switching to other modes of transport with an air ride of only a few hours. There are, however, other smaller airports, such as Siliguri’s Bagdodara Airport, Asansole-Durgapore’s Kazi Najrul Islam Airport and Cooch Behar.

By Road: There is a vast state-covering road network. The state is linked through national and state highways to various parts of the country. Through neighbouring states such as Orissa, Bihar and Jharkhand, West Bengal is easily available. You could chose to drive yourself or opt for a hired car service, taxi or bus if you prefer commuting by road. From every major town across India, buses to Kolkata are open, but the long length of the journey can be a downside. Buses are much more affordable than hired taxis and cars, however. There are local bus and taxi services once you reach Kolkata to get you to other nearby cities.

By Rail: The state is renowned for its strong rail connections with various parts of the country. All trains depart and arrive in Sealdah for those visiting the North East region. Although tourists from the south, the country’s central and western sections will have their trains reach Howrah Station. Howrah Station is currently the oldest and biggest railway complex in all of India! So, it’s a pretty historic start to one’s journey. The Darjeeling Toy Train, a UNESCO World Heritage Site, is also a scenic rail ride that takes you to Darjeeling Hill Station.

Here are the Best Places to Visit in West Bengal

Currently glamorous, squalid, polished and frenetic, pointedly futuristic, though beautifully decaying, Kolkata is India’s second-greatest city. The capital of West Bengal, a vibrant 350-year-old metropolis on the East Coast of India thrives with contradictions and shows. Nothing is commonplace in this town. Kolkata, which is known as the city of Joy, is the creative capital of the country in every way. The streets of Kolkata are lively, hectic, noisy, and yet full of life and creativeness.
Kolkata is soaked in layers and layers of history and culture, and it is very satisfying to peel from every layer to peek under the hood once in a life. “If you want a city with a soul, come to Calcutta” says the famous quote.

Check Out – Top 10 Best Places to Visit in Kolkata

The Sunderbans National Park is one of India’s leading national parks. The world’s biggest and the only tigers with this splendid mangrove jungle. Only by boat is Sundarbans accessible. It is a unique experience that should not be missed to explore it this way. However, don’t hope to see tigers. They are very timid and typically stay in the reserve well concealed.

On a summer day, the scent of the tea leaves rises from the high hills and floats over Darjeeling, like a hat and the beautiful stuff in it, bent trees, cheerful earthworms, the reluctant puddles in Tea colour, the flowering plants of Rhododendrons and Magnolia, and wild garden flowers floating in different rainbow colours; and a British bungalow growing a delicate green façade.
This hill station is renowned for its beauty and modernity in the old world. This town is one of the best tourist spots in West Bengal to enjoy a necessary break from India’s blistering and damp summers. It provides a strong combination of spectacular view of the mountains, the waterfalls, the Buddhist tours.

Siliguri is a city regarded as the North-East India Gateway, situated in the Jalpaiguri and Siliguri Districts of West Bengal. Siliguri is Jalpaiguri twin and West Bengal’s third-largest. Siliguri has its own international airport, which primarily serves as a base for camping tourists before exploring nearby tourist sites such as Kalimpong, Darjeeling, Gangtok and Bhutan.. But Siliguri itself is a fantastic holiday destination, with plenty to see and do. In recent years, Ifliguri has become renowned as a commercial and connecting centre, for its goods, such as tea and wood.

Siliguri’s main attraction is the Jaldapara National Park, located on the banks of the Torsa River. The Park was previously referred to as Jaldapara Wildlife Sanctuary and is spread over an area of approximately 215 kilometres. The Park is renowned for its impressive royal Bengal tiger population, tigers, horned rhinoceroses and other deer species.

They tell Shantiniketan’s picturesque university town is better understood than seen. Poet Rabindranath Tagore, the Noble laureate, founded a school there in 1901, which later grew into a university with a focus on the relationship between mankind and nature. The Uttarayan complex where Tagore lived is one of Shantiniketan’s key attractions. It has now an art gallery and a museum.
The prayer hall Upasana Griha is also characterised by its multicoloured glass windows. Kala Bhavan is one of the world’s best schools of visual arts. It has wall paintings, sculptures and frescoes by well-known artists.
Shantiniketan is also a well-known centre for traditional craft like batik, pottery, weaving and sticking.

Kalimpong is a former royal hill station, which was controlled by the kingdoms of Sikkim and Bhutan until the mid 19th century, near Darjeeling in West Bengal. Due to its proximity to Nathu La and Jelep La Road, the historical site was a significant landmark on the ancient Silk Route.
In West Bengal, but across East India, Kalimpong is one of the most beautiful spots known for its amazing scenery, including mountings, landscaped terraces, pastures, hamlets, thickening bamboo groves, etc. Native people such as Lepchas, Nepalese, Sherpas and Tibetans have given their charming convents, churches and temples an indelible mark.

Digha is a popular tourist destination located on Bay of Bengal, famous for its unspoiled beaches and stunning views of West Bengal in particular.
Digha is a one-stop destination for families who expect a relaxing weekend. The varied and diverse tourist attractions of this hamlet are among the best features. This most famous seaside resort in West Bengal is known for its magnificent beaches, religious temples and high-tech research centres and museums. The sceneries in Digha can also provide you with the pleasure of seeing areas with minimal human effect and largely untouched.

Bishnupur is regarded as the house of terracotta. The main attractions are impressive temples of terracotta and terracotta. The temples were constructed mainly by rulers of the Malla dynasty during the 17th and 18th centuries. After a prolonged period of Islamic supremacy, Hinduism was resurrected with dedication to Lord Krishna. This culminated in a temple of Bengali-style curved roof with Islamic dome and arch, uniquely combined with the Odia duel. Scenes from Lord Krishna life, the Hindu epic of Ramayana and Mahabharata are featured in the elaborate sculptures on the terracotta tiles of temples.

Kurseong is a hill station, also known as the ‘Land White Orchids,’ located near Darjeeling, which is famous for its cascades and temples. The hill is also known as the Buddhist gompa area.
Kurseong is a peaceful hill station situated on the Siliguri-Darjeeling motorway. The land of white orchids, Kurseong, is named from the abundant flowers found on its mountain paths. You can hardly fall in love with the panorama of tea plantations, lush green woods in the panoramic mountain landscape.

Gaur-Pandua, the mediaeval capitals of Western Bengal, is home to stunning architectural ruins under the rule of the Sultans. Mosques and graves, such as the Masjid Baro Sona, the Fateh khan Tomb, Adina Masjid and the Eklakhi Mausoleums, are the major remains of this area. These twin cities are situated in the Malda district, also known as the Mango Region. Here you can buy some tasty mangoes and silk from Murshidabad.

Explore these amazing places to see in West Bengal and share your amazing experience with us!