Tripura Tourism is a dream destination for nature lovers. The most popular tourist attractions in Tripura are heritage and historical sites, temples going back hundreds of years, wildlife destinations and a flourishing arts and crafts market. Those searching for biodiversity hotspots during their holidays in Tripura won’t be disappointed, there are plenty of them in this province. One of those travel destinations in India that draws families, friends, couples and solo travelers is Tripura. Here’s the list of Top 10 Best Tourist Attractions or Places to visit and Things To Do in Tripura. 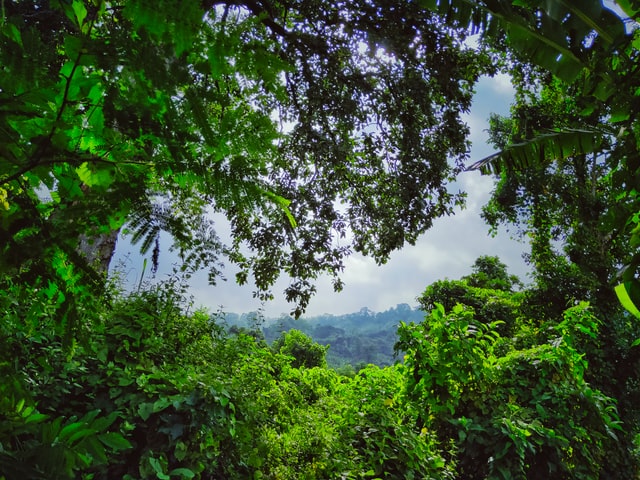 What is the Best time to visit in Tripura?

Tripura summer is two months from March to May. The warmest months of the season in April and May are considered to be about 33 ° C. with a very good and bearable temperature compared to the other States. At 50 percent the humidity is relative higher, causing some discomfort.

By the end of May Monsoon settles in Tripura and runs until September. Rainfall happens all four months. Increased precipitation also greatly increases the moisture content. The best time to explore the state is not seen in Monsoon.

Winter is definitely Tripura’s best season to visit. The environment is spectacular from November through to February.

How To Reach Tripura?

By Air: Agartala Airport is a domestic airport situated 12 km northwest of the capital of the state of Tripura, Agartala Region. In Khowai, Kamalpur and Kailashahar, the state has three more small airports where small-chartered aircraft can land, but they are currently not available. But in these areas, the helicopter service is currently functional. To reach the destination, one can get a cab or a motorcycle.

By Rail: Tripura has also been included in the nation’s broad gauge railway map. Agartala is connected to major junctions in New Delhi such as Guwahati, New JalpaiGuri, Sealdah and Anand Vihar by some express trains such as Tripura Sundari Express, Kanchanjangha Express and other important places in the country as well. Between Udaipur and Dharmanagar, there are also several local trains. Badharghat’s Agartala railway station is the state’s main junction.

By Road: If what your heart wants is a rustic road trip, then what you need to pick is the road less travelled. Tripura is also linked by the national highway no. 44 with Guwahati via Shillong by rail. From Guwahati, it takes about 24 hours by road to reach Agartala. Good luxury buses, including tourist cabs, jeeps, and small segment cars of all the major automotive firms are on this route, both from private travel agencies and from the public sector Transport Company.

Here are the Best Places to Visit in Tripura

The capital of Tripura is Agartala and one of the largest cities in the state and one of Tripura’s most popular destinations. It is known for its terrain overflowing with green pastures, mountains and breathtaking valleys. Ujjayanta Palace is the main attraction of the venue. If you wish to cover Agartala in detail, you will need to prepare for at least two days. The Palace of Ujjayanta is a royal house constructed in 1899 by Rada’s Maharaja Kishore Manikya. The palace has three dome-pieces, decorated floors, wooden ceiling and finely made doors. In the outside of this royal palace is a Mughal-style garden.
Some best places to visit are Heritage Park, Jampui Hills, Unakoti Hills, Sipahijola Wildlife Sanctuary, State Museum.

Tripura has Udaipur city (not to be confused with Udaipur in Rajasthan). This city is known as Tripura Sundari Temple. This shrine is ancient. Interestingly, there are many lakes at Udaipur in Tripura. Some of the main attractions include the Old Palace, the Tepania Eco-Park or Gunabati Temple Party.

Among the many temples in Udaipur, the most famous and most visited temples in the state are the Tripura Sundari temple, built in 1501. It is also known as Matabari and is, according to Hindu Legends, one of the 51 Shakti Peethas. A broad lake lies adjacent to the temple of Kalyan Sagar. The Bhuvaneshwari Temple, dedicated to Goddess Bhuvaneshwari, is the other temple which devotees visit while in Udaipur.

Amarpura is one of Tripura’s best places to go and is considered a picnic spot for all. Over a weekend, people sometimes drive here to sit on the lake of Amar Sagar, an artificial lake constructed in the 16th century. The town is mostly located on ancient ruins and also has a Mangalchand Temple, and if you visit Mangalchand, a month of flowers is celebrated by a fair in February. Two other lakes – Dumboor Lake and Chobimura, are in this location.
Amarpura also provides a water sports complex. Other than that, numerous other fairs and festivals are held here to keep visitors involved throughout the year.

Kamalasagar is a peaceful and picturesque retreat right next to the border between India and Bangladesh. The place is famous for its Kali temple and the lake from the 15th century. Like the normal temples, there are nearby lakes where devotees take a bath before entering the temple. This magnificent lake is just next to the temple. The temple is believed to be very mighty, and with their love and offering to devi, so many devotees come here. Comilla District of Bangladesh is situated across the border. You can either visit Agartala for a day or stay at the Tourist Lodge Comilla View.

The place is renowned for its Neermahal located in the centre of Lake Rudrasagar. It is also known for the Festival of Durga Puja. The whole city appeared blessed when the festival was illuminated with lovely lights.
There are numerous puja pandals on the streets and it seems like everybody loves them. The Ratha Yatre, held each year in July, is another festival dearly celebrated in Melaghar. You should come to Anandabazar in order to fulfil your spirit of shopping, which has everything from daily stamps to wide showroom to meet all your needs. Veeramma Kali Mandir, Pagli Masi Temple, and Melaghar Kali Temple are among the popular places to visit in Tripura.

At first sight, the lake will attract you. The vast, 41-sq.km lake, surrounded by forested hills, is surrounded by several islands; one of those islands is known for its dense cocoa plantation. Here in the winter migratory birds settle. The lake can be used as a boat. Tirhtamukh, the source of which is the Gomati River. The tourist lodge in Amarpur and the tourist lodge in Jatanbari are possible to stay at.

It is shaped like a tapered drum and was thus named after Lord Shiva’s damroo (small tapered percussion instrument). As it is spread over an area of 41 sq km and is surrounded by 48 small islands lined by gorgeous hills and lush green scenery, this location is no less than a paradise for nature lovers. Located at the confluence of the Raima and Sarma Rivers, it is home to a number of migratory bird species, often evident during the winters. The Hydel Scheme is near the lake, from where the Gomati River originates.

Kailashahar is yet one of the best places to visit in Tripura, and is situated close to the borders of Bangladesh. In the ancient times, the city was the capital of Tripura and has its origins in Unakoti. Durga puja is the biggest festival in Kailashahar and the town has fantastic lights and Durga pandals.
The city has stunning scenery and luxuriant greenery. Lakhi Narayan Bari and Chouddo Devotar Temple are the major tourist attractions here. A few tea estates around the town are also open. Some of them are privately owned and most are popular for organic tea.

Sabroom’s Mahamuni Temple is a Buddhist pagoda attracting both domestic and overseas visitors. Sabroom is a 21-hectare landscaped garden situated on the banks of a huge lake, in Kalapania Eco Park. It is possible to stay at Manubankul’s Mahamuni Tourist Lodge and Jolaibari’s Pilak Tourist Lodge.

In the northern part of Tripura is Dharamnagar is the second largest city in Tripura near Agartala. The place is renowned for its natural beauty. In this city there are many high-quality boarding schools. In winter and in summer the temperature is still moderate. The site is, however, decorated with very intense precipitation.
The town is built over old ruins and is renowned for many historic monuments. Haflong is a well-known and beautiful Tea Garden, located a short distance from the city of Dharamnagar. Unakoti is also situated near Dharmanagar, an old site with massive photos of rocks.

You will have an overview of the local flora and fauna at the Sepahijala Widlife sanctuary. Animals like the porcelain tag macaque, the spectacular monkey, the slow loris etc. will live in the moist deciduous forests. A zoo and a botanical garden is also open. The lake can be used as a boat. Spectacular views of coffee and rubber plantations, boating facilities in the lake and pleasure riding in the toy train are the additional attractions for the Sepahijala visitor. In the sanctuary, there are a few nice visitor cottages. A part of Sipahijala Wildlife Sanctuary is Clouded Leopard National Park. Clouded Leopard National Park was created in 2007.

Explore these amazing places to see in Tripura and share your amazing experience with us!