Sikkim Tourism is a paradise with magnet views of the Grand Himalayas. Sikkim is Indian states’ less populated and second smallest. Sikkim is part of Eastern Himalaya and its diversity, including alpine and sub-tropical climate, and is home to the most elevated peak in India, Kangchenjunga and the third highest peak in the world.

Sikkim is the third richest per capita income state in India. Sikkim’s people are made up of Lepha, Bhutia and Nepali, three ethnic groups. Different cultures in Sikkim intermingle openly for a homogenous mix. Check out these 10 most Incredible Places to Visit in Sikkim You’ll love. 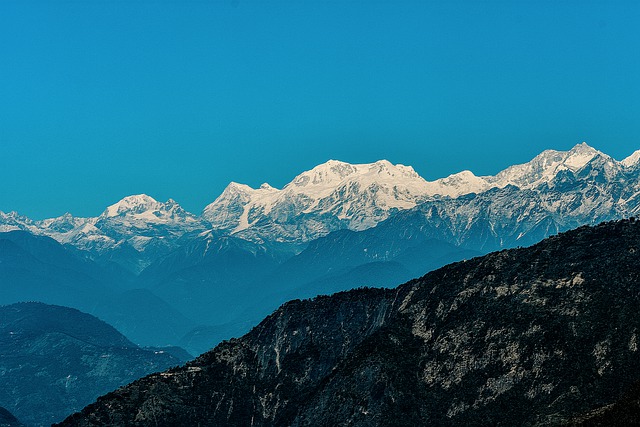 What is the Best time to visit Sikkim?

The best time to visit Sikkim is from May to September, with good weather and temperatures between 28-30 degrees. Winter weather is very challenging with temperatures in some parts of Sikkim dipping below freezing.

How To Reach Sikkim?

By Air: If saving time is your priority, reaching Sikkim by airway is the best mode of transport. The first airport in Sikkim is Pakyong Airport, located in Pakyong City, 35 km away from the state capital of Gangtok. However, as the airport was recently inaugurated, it is not well linked with major Indian cities, but will soon have direct flights to other parts of the country connecting the province.

By Road: National Highway 31A links Sikkim to other states and is a scenic path that follows you all along the way with lush greenery and the Teesta River. The highway links Siliguri to Gangtok, and the latter is linked via a network of highways to other parts of the world. There are frequent buses available from such cities as Siliguri, Bagdogra, Jalpaiguri and Kolkata. If you want to enjoy the scenic path that leads to Sikkim, it is recommended to take a cab or hire a private taxi so that you can rest anywhere you feel like enjoying the stunning landscapes.

By Rail: If you are a budget traveler who has plenty of time to savour the moments of travel, the railway is a perfect mode of transport to reach Sikkim. You can also choose to ride on a train to Sikkim if you think the trip is as important as the destination. There is no major rail station in Sikkim as of now. A railway connection is, however, being built to connect the state by rail with the other states of India. Jalpaiguri and Siliguri railway stations, situated in West Bengal, are currently the closest major railway stations to Gangtok, the capital city of Sikkim.

Here are the Best Places to Visit in Sikkim

Gangtok is Sikkim’s capital and the beauty of this city justifies it as one of the state’s leading cities. Unbelievably stunning, exuberant, with clouds everywhere. The cultural and historical importance of Sikkim is blessed by the pride of Gangtok. You have to land to Gangtok as you explore Sikkim to catch glorious glimpses of the mighty Mount Kanchenjunga. You will be received with the fragrance of Rhododendron, spread across the city, when you arrive in Gangtok between March and Mid-Maje. Gangtok is known as one of India’s most stunning mountain resorts.

Yuksom is the source of a number of enthralling treks to the Himalayas or Kanchenjunga, situated in the western parts of Sikkim. This hamlet is once Sikkim’s capital and is best known for its pristine beauty and rustic charm.
This Sikkimese village was recently started to draw tourist interest, also known as the “Three Lamas meeting place.” Well, you can expect the untouched beauty and nature in Yuksom too. That’s why. This picturesque hamlet is one of the most peaceful places to visit in Sikkim, home to the oldest convent in Sikkim. The first Buddhist monastery in Sikkim, established in 1701 by the Namgyal Chogyar, is Dubdi monastery in Yuksom.

A scenic and quiet Himalayan lake. Bordered by snow covered mountains, this season is still frozen, and the water of the season mirrored the skies and clouds like a mirror during the summer.

It is one of the recommended places to visit in Sikkim on the north side of Kanchenjunga. Because of the proximity to China’s Tibetan border, permits to visit the lake are necessary.

The summer is a mystical beauty and appeal to Tsomgo as the lake stays frozen in winter. During this year’s period, the turquoise lake waters reflect the breathtaking views over the nearby mountains and over the blazing sky. The Tsomgo Lake is one of Indian highest lakes at an altitude of 3.753 metres (also called Changu Lake).
The lake is regarded by the people of the region as holy and the water is considered medicinal.The lake surface reflects various colours and makes it more attractive in different seasons.

These three immensely lovely villages, submerged in the culture of Sikkim, are definitely on your list of places to visit in India. You need to go and explore Lachen, a small town in North Sikkim. In winter this village is home to the nomadic Tibetan tribes. But Lachen isn’t as popular as other Sikkim resorts, but it is worth a shot. There are two very beautiful lakes, Gurudongmar and Tso Lhamu Lakes, which can be seen here. The Lachen, the Lachung, and the Yumthang valley in Sikkim are three peaceful and ideal places to visit. Lachung is the ideal experience to enjoy the snow in the peace of time.

The high mountain pass Goechala (Goecha La) stands at a height approximately 4,9 40 m above sea level and is one of Sikkim’s best places to visit. The Cross is a wonderful location for all the hiking people visiting Sikquim, near some of the highest mountain ranges in the Himalayas. The best thing about the location is the lovely view on the south-eastern face of Kanchenjunga.

The view from the pass is so impressive that it was seen on the back of India’s 100 Rupee coin. This place is a must-visit for its elegance, as the basis of the summit for Kanchenjunga.

Nathula pass in the Himalayas is considered as one of the most important places to visit in Sikkim Gangtok, linking India to Tibet. A side shoot of the prehistoric Silk Road at 4,310 metres above sea level. One of the places without fail to visit Sikkim. Plan your visit to Sikkim during the best time.
Some places to visit in Nathula Pass are Border Gates of India and China, Exhibition Centre of the Indian Army, Yak Safari, A beautiful built war memorial, Mt Chomolhari.

In the hills of the western Sikkim is a small town, Pelling. While one of the less-known towns in the region, it is becoming a popular tourist destination slowly.
or trekkers, nature enthusiasts, bird-watchers and quieters, Pelling is a dream destination. The city is surrounded by heritage buildings such as ancient monasteries and spectacular watersheds such as the Kanchenjunga, the Waterfall Rimbi and the waterfall Changey. The monastery of Sanga Choeling and the monastery of Pemayangtse are two of the major monasteries in the region that must be visited for its heritage and architecture.

This lush green botanical garden is located near the Rumket Monastery, home to many rare and exotic species of plants and trees. Some of the orchids in this garden are native only to this part of the world and have a great medicinal and commercial value.
It includes various orchid species, including several oak species, and over 50 different tree species.
From the top of the hill you can see the magnificent town of Gangtok with a magnificent view of the Himalayas in the backgmosphere. In the park, there is a small lake where children can enjoy a small picnic while playing on the playground.

Kanchenjunga Falls are one of the most exciting locations in Sikkim. These falls are supposed by the majestic Kanchenjunga glaciers, which is the term. The Falls were concealed in the middle of a deep forest until the late nineties. If you want to get off the beaten path, you might consider exploring these pristine cascades. If you’re searching for peace and peace on your flight to Sikkim, this is where you’ll find yourself.

Explore these amazing places to see in Sikkim and share your amazing experience with us!