Prince Edward Island, known worldwide as the birthplace of the famous fictional character Anne of Green Gables. In every shade of green imaginable, the interior is dominated by rolling patchwork fields, while the coast is lined with dramatic red cliffs, sandy golden beaches, and quaint seaside villages. Add attractions such as the house, a seaside national park, and a cycling trail from one end of the island to the other and for any form of visitor, Prince Edward Island has rewarding things to do. With our list of the top Prince Edward Island attractions, find the best places to visit in this fascinating province. 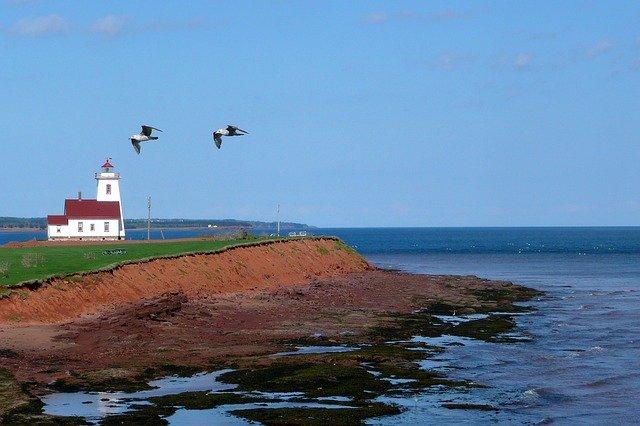 From July through to August, the perfect time for a tourist enjoying sun, beaches and reasonably warm weather. This is considered the peak season for tourists. But if you want good weather and less crowds, plus the vibrant splendour of dropping shows, September will suggest it. The best time on the island is perceived by many locals to be post Labour Day. Both seasonal items are still available, but prices are going down, and right up to Canadian Thanksgiving in early October, the place is absolutely beautiful.

How to Reach Prince Edward Island?

By Air: There’s nothing like traveling over Prince Edward Island to see the beautiful patchwork of heaven’s farm lands. In central Prince Edward Island, Charlottetown Airport (YYG) is strategically located and provides a range of direct and connecting commercial flights.

By Water: Sail aboard Northumberland Ferries from Caribou, Nova Scotia and Prince Edward Island, Wood Islands. A fun break is offered by the 75-minute ferry ride. From May to late December, ferries sail. Tolls are obtained in the Wood Islands after leaving PEI. A regular ferry service operates from Cap-aux-Meules, Îles-de-la-Madeleine, Quebec, to Souris, Prince Edward Island, from early April to November. Only on exit are the bridge and ferry tolls charged.

By Bus: Between Charlottetown, Summerside and Borden-Carleton and more than 40 places throughout the Maritimes, there are regular bus services. A variety of businesses provide shuttle services to and from Charlottetown and chosen other island and Halifax locations via van. These businesses work on various timetables and from different locations.

Now Coming to top attractions, here are the must see places in Prince Edward Island…

The 37-mile Prince Edward Island National Park Tourism captures the province’s lovely north coast, with the many picturesque white and red sand beaches, and after spending the day hiking, walking, golfing, or geocaching, you might want to take a dive! The Greenwich Interpretation Centre also hosts the park, which features 20 interactive shows about the area and the 10,000 years of history that influenced it. You should still pitch your tent if you have not tried to do it all in one day.

2. Confederation Centre of the Arts

Opened as a Confederate monument in 1964, this educational centre houses an art gallery, a museum, and two theatres. Every summer, as part of the annual Charlottetown Festival, the Confederation Centre of the Arts presents the Anne of Green Gables musical. It’s just across the street from the National Historic Site of Province House, the iconic setting for the Charlottetown Conference of 1864, where Canada’s idea was born.

Charlottetown Tourism has a beauty from the Victorian era and a surprising sense of small-town. Heritage structures line the city streets, including the ornate St. Dunstan’s Basilica and the trendy Beaconsfield Historic Home. The pretty Victoria Row, a traffic-free street of well-kept Victorian homes, south of the Confederation Centre of the Arts, is a highlight for tourists. Boutiques and restaurants are now located in several of these old residences. The harbour faces a beautiful pathway that leads out to Victoria Park.

The West Point Lighthouse is a functional lighthouse and inn that certainly offers a special place for your head to relax in. The just-over 20-metre-high lighthouse was built in 1875 on a beach behind sand dunes and stands out for its great ‘zebra’ paint work and square form. The lighthouse helped steer ships and aeroplanes during winter storms in the early 20th century. Today, the tower offers fortunate travellers with unrivalled views of the Northumberland Strait.

An action-packed place is this beach and provincial park on Points East Coastal Drive. Visitors love scuffing their feet over the beaches to attempt to make a distinct “singing” echo, and Singing Sands is the nickname of the squeaky beach. The high level of silica and quartz in the fine sand is responsible for the squeak. The Basin Head Fisheries Museum also offers exhibitions about the inshore fisheries of Prince Edward Island in the provincial park.

The 12.9-kilometer Confederation Bridge is an impressive infrastructure achievement, and is the world’s longest bridge that crosses ice-covered waters seasonally. Locally known as the ‘Fixed Connection,’ the curved bridge links New Brunswick and the rest of Canada to Prince Edward Island, enabling travellers to travel to the island instead of coming by ferry. A shuttle carries passengers and bikes over the bridge 24/7 if you’re not commuting by vehicle.

Summerside is Prince Edward Island’s second largest city. The western centre of the island has a variety of historic houses, a picturesque neighbourhood on the waterfront, and a lively cultural scene. Summer outdoor performances of Celtic music and dancing are offered throughout the city by the College of Piping and Celtic Performing Arts of Canada, while the Eptek Art & Culture Centre presents cultural heritage and pieces by island artisans.

When the trains stopped running on Prince Edward Island, a new chance opened up: a 273-kilometer rolled-up stone dust trail that crossed the island from end to end. Side trails raise the overall length of the network to 435 kilometres. From Tignish in the northwest to Elmira in the east, the key trail passes. Charlottetown, Wood Islands, Souris, Georgetown, Montague, Murray River, and the Confederation Bridge in Borden-Carleton are smaller trails.

Today, Victoria-by-the-Sea is a tiny fishing town, enchanting with its waterfront fish shacks, lively take-out stands, and small lighthouse. The scene was much busier in the late 1800s, with three wharves hosting a constant stream of sailing ships, part of a booming trade with ports in Europe, the West Indies, and the East Coast. Steamboats have taken visitors to their seaside holidays. Today, the cinema, chocolate shop, fishing wharf, and Victoria Seaport Museum are the welcoming community’s favourite tourist attractions.

Like a sharp-pointed spear, the North Cape juts out into the St. Lawrence Gulf, with the North Cape Lighthouse at its top. This entire western end of the island, from Cedar Dunes Provincial Park in the south to North Cape, is less visited than the rest of the PEI, offering a calm, almost undiscovered feel to its small towns and countryside. North Cape Coastal Drive, a signposted road from one scenic overlook and tiny village to the next that parallels the coast. There are lots of opportunities to eat seafood along the way, or you can head to the water for a kayak or deep-sea fishing adventure.

Explore these amazing places to see in Prince Edward Island and share your amazing experience with us!