Just recently, in 1999, when it split from the Northwest Territories, did Nunavut become its own territory, but the history of its inhabitants goes back 4,000 years. The territory is well known for the artwork, carvings and handmade clothing of its indigenous Inuit people. Along with nature viewings and historical places, there are events to entice the outdoor lover. Refer to our handy list of the best tourist attractions in Nunavut for inspiration while planning your northern Canadian adventure. This travel blog is all about Nunavut. 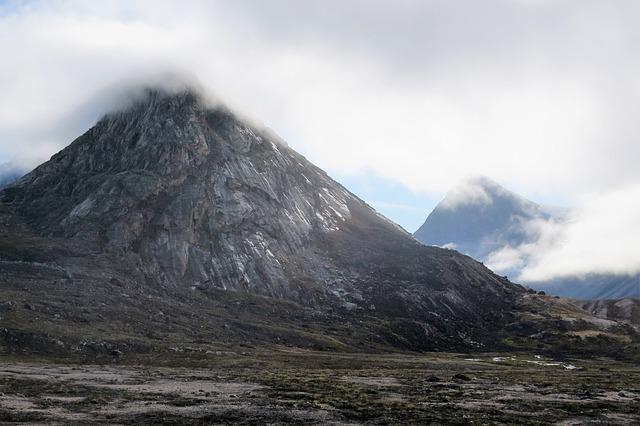 The best month to visit Nunavut is sometimes considered to be April through early June. The sun has returned and the hours of daylight are long and the temperatures are cool. In the early spring, when temperatures warm with the returning sun, much of the snow accumulates. Baffin Island’s high mountains and glaciers receive more snow than the normal territory, providing some outstanding chances for intense backland skiing or snowboarding during the year.

How to Reach Nunavut

By Water: Once the sea ice has cleared, normally by late July or early August, boating between Nunavut communities takes place for a few months each summer. At this time, Arctic cruise ships are starting to enter Nunavut waters from southern ports.

By Road: The roads to Nunavut do not exist. Nunavut’s 25 separate communities are not linked to each other by highway or train, nor are they linked to any other Canadian community farther south by road or rail.

Now Coming to top attractions, here are the must see places in Nunavut…

Iqaluit, the capital of Nunavut, is at the centre of the action. This is where most trips to the territories begin and finish, located on Baffin Island. From the fantastic arts and crafts of the region, to the numerous festivals it holds, to the writers, singers, and filmmakers who live there, traditional Inuit culture can be seen everywhere. Outdoor sports such as hiking, snowmobiling, and dogsledding, like hunting, fishing, and berry picking, are common aspects of everyday life.

Baffin Island is a strong destination for tourists with its stunning scenery, the warmth of the Inuit people, and the endless opportunities for an unusual holiday. With a coastline and scenery that differ greatly, the island is the fifth largest in the world. A long narrow Alpine-like mountainous region in the Auyuittuq National Park on the Cumberland peninsula lies on the eastern coast, very close to Norway with its steep fiords and small offshore islands.

This national park, home to Mount Thor, offers some incredible adventure activities such as climbing and hiking. It is situated southeast of Baffin Island on the Cumberland Peninsula where a significant part of the park is taken up by a legacy of Ice Age glaciers, the Penny Ice Cap. Broad valleys make up the terrain, Mount Asgard being especially spectacular, along with rough mountains with vertical walls rising. You must register with Parks Canada first if you are planning on climbing or hiking.

Ellesmere Island is second only to Baffin Island in height, and lies as far as Canada gets north. An adventurer set out in 1909 from Ellesmere Island to walk to the North Pole, which is just 720 kilometres away. Ellesmere Island is not in other words, a place to go sunbathing! However it is the ideal spot for muskox, caribou, bears, and lemmings to be observed. It’s also a perfect spot to enjoy canoe and snowmobile rides, and rock climbing to test your gumption.

Sirmilik National Park is characterised by towering mountains, rugged glaciers, and a large range of wildlife. It is one of the northern and most remote national parks, encompassing the Borden Peninsula, Bylot Island and Oliver Sound. Beautiful mountains, ice fields, and coastal lowlands make up the land. While some tourists come here for boating and kayaking, it is important to remember that until mid-July, the coast is typically not free of ice. It is not safe to fly to the park after the ice break and freeze up.

Iqalugaarjuup Nunanga Territorial Park may not be easy to say, but it is easy to enjoy it. This park includes a chain of lakes, tundra, wetlands, and all kinds of wildlife inhabiting these habitats five miles from Rankin Inlet. Thanks to the varied landscape and ancient archaeological sites of Thule, the park is a popular hiking destination. Although you can visit the park in winter, by skiing or snowmobile, when birds chirp and purple mountain flowers are in bloom, most come in summer.

Check Out – Ten Tips to travel Safely During Coronavirus Times

Repulse Bay, a fly in destination, is a wonderful place to hop off with a local guide to see the area and the wildlife in the region. It is well regarded for its exceptional carvers and musicians. There is a well-worn, 5-kilometer path to the Naujan Thule Site that parallels the southern shoreline of Repulse Bay. This is only one of many archaeological sites that tourists can discover in the area. Repulse Bay thrives on visitors who come looking for fun on land and sea.

A rough destination situated on an island is Qaummaarviit Territorial Park, once home to the Thule People and regarded as the “place that shines,” Visitors can see the ruins of the old Thule sod houses and artefacts dating back more than 750 years, accessible by ski, dog sled, or snowmobile during the winter months and by cruise during the open-water season. The several characteristics that point to evidence of Inuit occupation and tradition dating as far back as the 1600s are also of concern.

This fascinating “trail” is situated about 8 kilometres from the city of Coral Harbour on Southampton Island and covers a path that is about 1.5 kilometres long. This field includes the greatest amount of marine fossils of high quality found in Nunavut. The fossils of life from 450 million years ago have been discovered here. Along the road, you can find insightful signs that clarify the scientific hypotheses about the extraordinary geology that led to the fossil deposit formation.

As it is on the annual migratory path for the bears, this is a common spot for tourists to see polar bears. There are several Pre-Dorset archaeological sites dated from 1000 BC to 500 BC. Along with the opportunity to see the bears, and Thule sites from 1200 AD. Fantastic fishing is provided here in the spring months. In the fall you can find pods of beluga whales congregating along the cove shores. Book with a local guide or operator to get the best out of the town.

Explore these amazing places to see in Nunavut and share your amazing experience with us!