The Northwest Territories is as wild as you go in. It’s definitely not an easy area to visit, but there are some unbelievable places to see and stuff to experience for those who make the effort. Natural features, from the mountains to the mighty rivers and waterfalls, are many of the region’s main attractions. Refer to our list of the Northwest Territories’ best tourist attractions to help you get the most out of your visit to this beautiful region of Canada. Overall, we’ll share best places to visit and things to do in Northwest Territories. 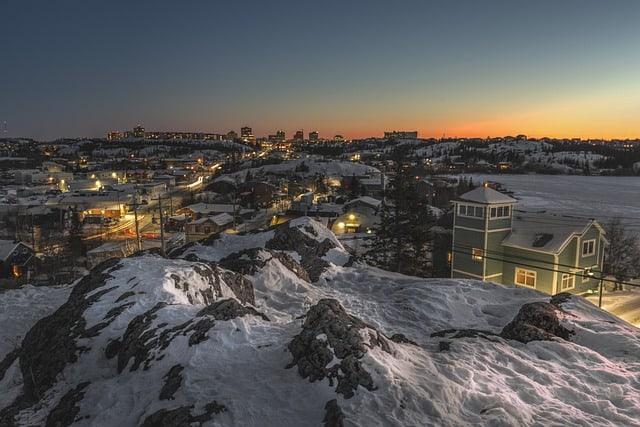 Without a doubt, the summer months between June and mid-August bring the largest number of visitors to the Northwest Territories. This is the most enjoyable time of year to walk, sail, fish, or simply soak in the unspoiled landscape of the area. Summer temperatures can be surprisingly high, and in the land of the midnight sun, the sun rises early in the morning and shines late into the evening.

How to Reach Northwest Territories

By Air: Within the territory, the only way to enter more remote areas is by air. To enter the northern lakes, float planes are widely used. The region’s main operators are Air Canada, First Air and Canadian North, which operate from Edmonton, Calgary and Ottawa to the Northwest Territories. Numerous regional airlines provide communities within the Northwest Territories with scheduled and charter services.

By Car: In the Northwest Territories, one of the easiest ways to get around is by car. This allows you to choose your own itinerary with total independence. You will be alert to all the new sights and sounds with uninterrupted views of the large open space and wildlife, before you come across a quiet little village that offers a camping ground with a small restaurant of home cooked delights and a welcoming atmosphere.

Now Coming to top attractions, here are the must see places in Northwest Territories…

A landscape like no other is the Nahanni National Park Reserve. It’s a spot of great suspense and great charm. Canada’s largest waterfall in the wilderness is an easy flight from Fort Simpson. Canyons and whirlpools. Rapids and animals. Mountains and cascades. Near the base of the great granite walls, Verdant Fairy Meadow is an excellent spot to set up a camera or pitch a tent. Fishing is fine on lakes such as Glacier, Rabbitkettle, Hole-in-the-Wall, and the scenery is much better.

The modern town of Yellowknife, although located south of the tree border, is situated in a landscape of dwarf firs, birch, and poplar-a transitional region where the northern fir forest becomes a treeless tundra. The capital city of the Northwest Territory is the largest settlement on the shores of Great Slave Lake, and its name derives from the long-used copper knives of local First Nations. Yellowknife’s place is one of the great things about it – you are never more than a few minutes away from a new adventure.

Wood Buffalo is the largest national park in Canada. It stretches through northeastern Alberta and juts into the southern portion of the Northwest Territories, occupying more area than Switzerland. Designated a UNESCO World Heritage Site, it is home to one of the world’s few surviving free-roaming wood bison herds, the endangered whooping cranes’ breeding habitat, and the largest beaver dam in the world. Best of all from pleasant Fort Smith, the park is road-accessible year round.

Under its name, VICTORIA ISLAND, Situated RIGHT BETWEEN Nunavut and Canada’s Northwest Territories, retains a few records. It is the world’s eighth largest island, bigger than Great Britain and Canada’s second largest island. But what makes this location so unique is not its scale. It is surrounded to the west by the Amundsen Gulf, north by Viscount Melville Sound and east by the M’Clintock River. In the northwest, BANKS ISLAND sits across the short Prince of Wales Strait.

The “Hub of the North” Hay River is where the arctic journey starts. Hay River is an energetic community of around 3500 people surrounded by boreal forests, rivers and streams, and a playground for outdoor enthusiasts in all seasons. For many outdoor activities, the vast hiking networks, stunning waterfalls and sandy beaches provide the backdrop. A wonderful place to live, work and play is Hay River. The Hay River continues to flourish, develop and is a core engine of the NWT economy.

Banks Island, Canadian Arctic Archipelago’s westernmost island, Inuvik area, Northwest Territories; northwest of Victoria Island, Amundsen Gulf is isolated from the mainland. Arctic foxes, wolves, caribou, polar bears and many birds survive on the island. The ground slopes from the beach along the east coast into salt, sand and gravel cliffs. Durham Heights is the highest point. A level plain, cut by valleys of larger rivers which rise near the southeast side, is the central part.

Sahtu is the name given to the giant Great Bear Lake by the Dene. It means “bear waters,” which may apply to the presence of grizzly barrenlands on the eastern shores of the lake. One of the planet’s biggest bodies of fresh water is Great Bear Lake. It’s also the largest lake in Canada as a whole. The Great Bear has a reputation that goes back many years among fishermen. Under the laws of capture and release that exist in the Northwest Territory, only a few fish are caught today to feed.

Norman Wells is a historic town nestled between the Mackenzie River and the Franklin Mountains with a population of around 800. This is the place to embark on world-class rivers on an exciting paddling journey. Be sure to check out the stunning views provided by the local Franklin Mountains hiking trails, or search for fossils in the appropriately called Fossil Canyon. Or, Norman Wells is the place to start a trek along the Canol Trail, recognised as the hardest hike in North America, for a large back-country adventure.

Inuvik has a great deal to share and also gives links throughout the Western Arctic to other northern villages and adventures. The city at the top of the world is the first developed settlement for the Northwest Territories. Its name translates to “Place of Man.” This is your choice, whether you are looking for northern arts and entertainment, isolated rivers and wilderness, an opportunity to see Arctic wildlife, or just a place to rest and enjoy the sun at midnight. This charming town offers lots to visit.

Explore these amazing places to see in Northwest Territories and share your amazing experience with us!