New Brunswick is one of the hidden jewels of the East Coast, and is home to the Bay of Fundy. All who continue to find new places and look for unique experiences are left with memories that will last a lifetime. Many who enjoy being outdoors are drawn by miles of hiking trails, campgrounds, and thrilling sea kayaking waters; historic houses and entire museum villages draw history lovers; and with all, the plentiful natural wonders are favorites. Be sure to check out our list of the top attractions in New Brunswick to learn more about the province’s many popular points of interest and fun things to do. 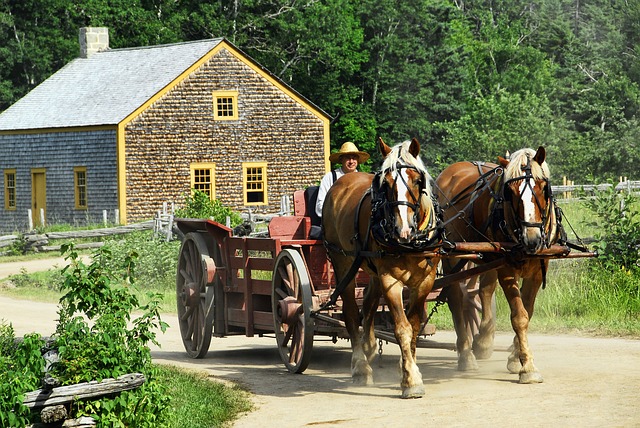 What is the Best time to visit in New Brunswick?

April to May and September to October are the perfect times for visiting New Brunswick. Such shoulder seasons have moderate temperatures, a vivid landscape and low prices. Thanks to its warmer temperatures and festivals, summer is by far the most common season to visit New Brunswick, but heavy crowds will turn the discovery of the very tiny downtown region into a test of patience.

How To Reach New Brunswick?

By Air: New Brunswick is well connected through Air. Whether you’re flying in from within the country or from another one, you can easily reach in this Province as there are domestics and International Airport.

By Train: Long route trains are available to travel in through Canada. Riding the rail provides the best sightseeing in Canada at its finest.

Here are the Best Places to Visit in New Brunswick

Fundy National Park is home to high tides, but you can see and do so much more. The park is really the paradise of an outdoor explorer. Walking and cycling trails of more than 120 kilometres can take you across mountains, through valleys and forests, and through waterfalls. Before setting up your tent for an overnight in the park, borrow a canoe, kayak or just go for a swim in gorgeous Bennett Lake. Play a game of golf, spend the afternoon on the tennis courts, or engage in one of the several annual festivals or events for more organised outdoor pleasure.

The historical summer estate of Roosevelt, the cornerstone of the Roosevelt Campobello International Park. The key building of the property is a cottage with 34 rooms, where the Roosevelts spent the summer with their children from 1905 to 1921. While the island itself is part of New Brunswick’s Canadian province, in honour of the countless summers that Franklin Delano Roosevelt spent splashing and strolling there, a section of it is parkland collectively controlled by the U.S. and Canada. Pick up the park’s wildflowers and plants book, or take a geological walking trip, a self-guided bog tour, or follow paths through the different habitats.

A real natural marvel is the Bay of Fundy, home to the highest tides in the world. These giant tides, made up of more than 100 billion tonnes of sea water, rise twice a day to 12 metres, a phenomena that has transformed the peculiar landscape of the coastline and the whole country. In any variety of ways, the beautiful bay can be explored. At the Hopewell Rocks, stroll the ocean floor or abseil down cliffs into the bay at Cape Enrage.

In a collection of themed gardens, New Brunswick’s Kingsbrae Garden celebrates a climate tempered by the Bay of Fundy to cultivate more than 50,000 perennials. The flower shows are stunning, but the horticultural lessons they teach about ecological and sustainable methods, garden architecture, and how gardens blend into their habitats and environments are beyond the elegance of the gardens. You can encounter a windmill, two finely detailed historic playhouses, a cedar labyrinth, peacocks, wetlands, an apple orchard, woodland trails, a greenhouse for the senses, a heather garden, and formal terraces as you walk through the gardens.

Hopewell Rocks are special geological formations carved over thousands of years by tidal erosion. Dubbed the ‘Flowerpot Blocks’ because of their rounded appearance and tops covered in foliage, these sandstone formations have a special reference point for the world’s highest tides. Visit the ocean floor at low tide to stroll and gaze up at the huge rocks that tower four storeys above your shoulders. Then, a few hours later, go out and kayak between the tops of the same cliffs, sitting above the waterline.

A tiny fishing village at the entrance of the Bay of Fundy is the island of Grand Manan. The 35-kilometer-long route parallels the coastline, with a few side roads leading 10 kilometres to its precipitous west coast. Any of the more than 240 species present here, including the Atlantic puffin, are seen by birders, and the island is also a popular base for whale watching and other marine animals, including the white-sided Atlantic dolphin, the harbour porpoise, and four seal species.

Kings Landing, a rare blend of unusual museum and historical village experience, brings to life for all ages the history of rural New Brunswick. Start a tour with a series of colourful, immersive displays that draw on more than 70,000 objects from the museum to attract tourists into the past. The exhibits set the historical scene for an era that starts with the arrival of the Loyalists from the just-forming United States and ends with the technical developments of the early 20th century, following multiple themes and featuring a lot of active encounters.

In addition to its long, wide beaches and sandbars, Kouchibouguac National Park has a range of habitats. These spread over approximately 30 kilometres of coast, including tidal lagoons, high sand dunes, and salt marshes, and forests extend inland. These environments, like more than 20 orchid species, host a number of plants. The birdlife is just as abundant, and on the offshore sandbars, you’ll also see seals. In addition to campgrounds, public beaches and picnic areas, there are canoe and cycle rentals, as well as winter snowshoes and ski equipment.

It was in the 17th century when, in New Brunswick, French settlers found their home. It lets the Village Historique Acadien sound as though it was only yesterday. When you stroll through the costumed guides and over 40 old houses, history comes alive, each with its own storey to tell. In a 10×10 log cabin, wonder at how a family survived the cold Canadian winters, and hear the songs and dances that got them through. Sink your teeth at an Acadian table, into a molasses cake.

Cape Enrage, which provides a panoramic view of the Bay of Fundy. It also has an outdoor adventure facility, where adventurers can learn to rappel, zipline, rock climb, and kayak, even though light stations are fairly common on the Atlantic Coast. You can see fossils that have fallen off the 40-meter cliffs that stretch for four kilometres behind the shore on a stroll down Barn Marsh Island Beach, protected only at low tides. Around 320 million years old are the fossils in the deposits of sedimentary rock eroding from the cliff.

Explore these amazing places to see in New Brunswick and share your amazing experience with us!