Vancouver has a well-deserved reputation as one of the most beautiful cities in the world, thanks to its mountain background and urban beaches. Downtown Vancouver is located on a peninsula in the Georgia Strait, bordered to the south by the Fraser River delta and to the north by a deep fiord that reaches well inland. The Coast Mountains, which are frequently snow-covered, are also visible to the north.

Vancouver is a haven for outdoor activities, thanks to its large parks and pleasant environment that keeps temperatures temperate throughout the year. It also has a vibrant cultural scene, excellent shopping, and outstanding food. 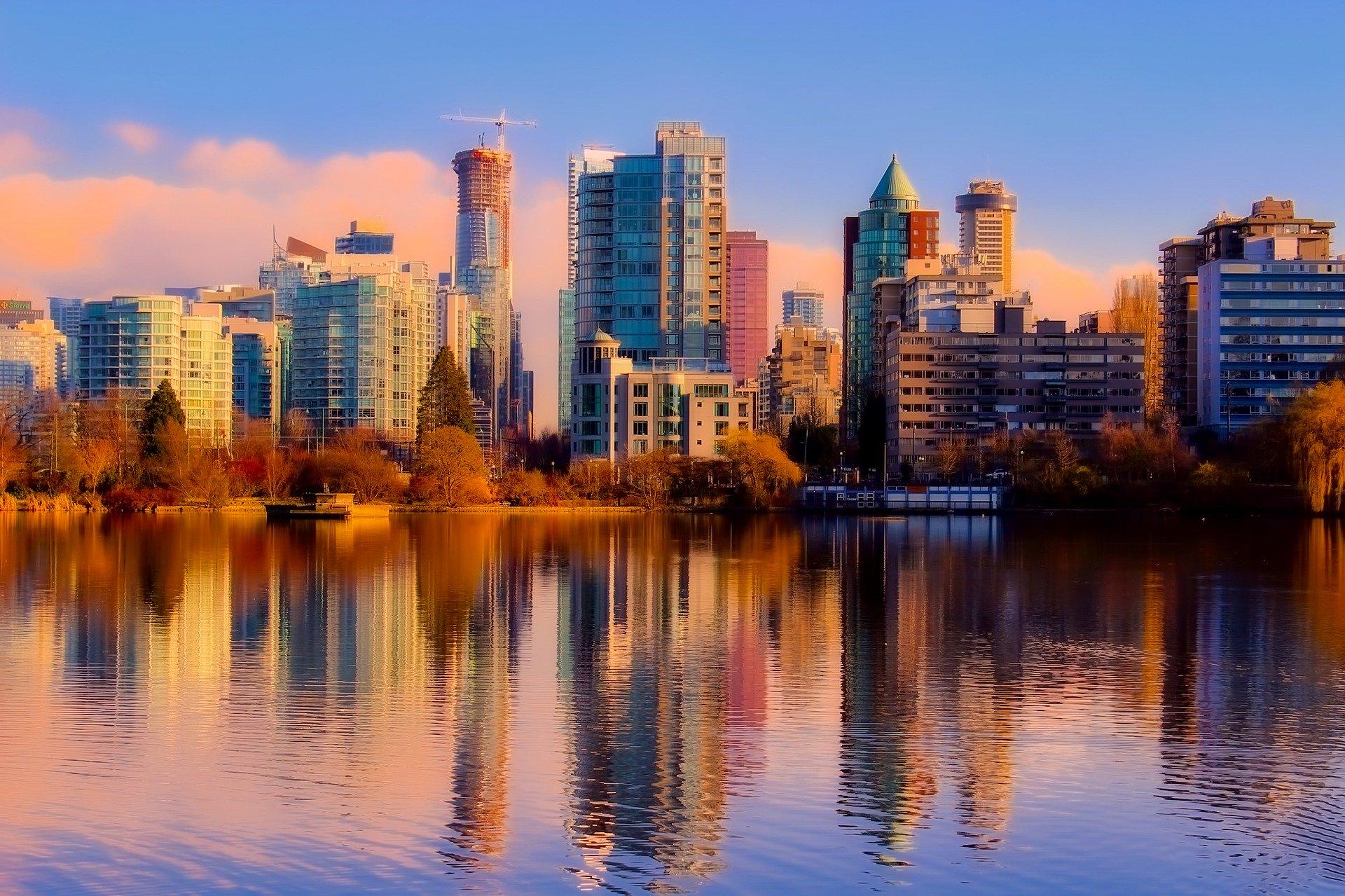 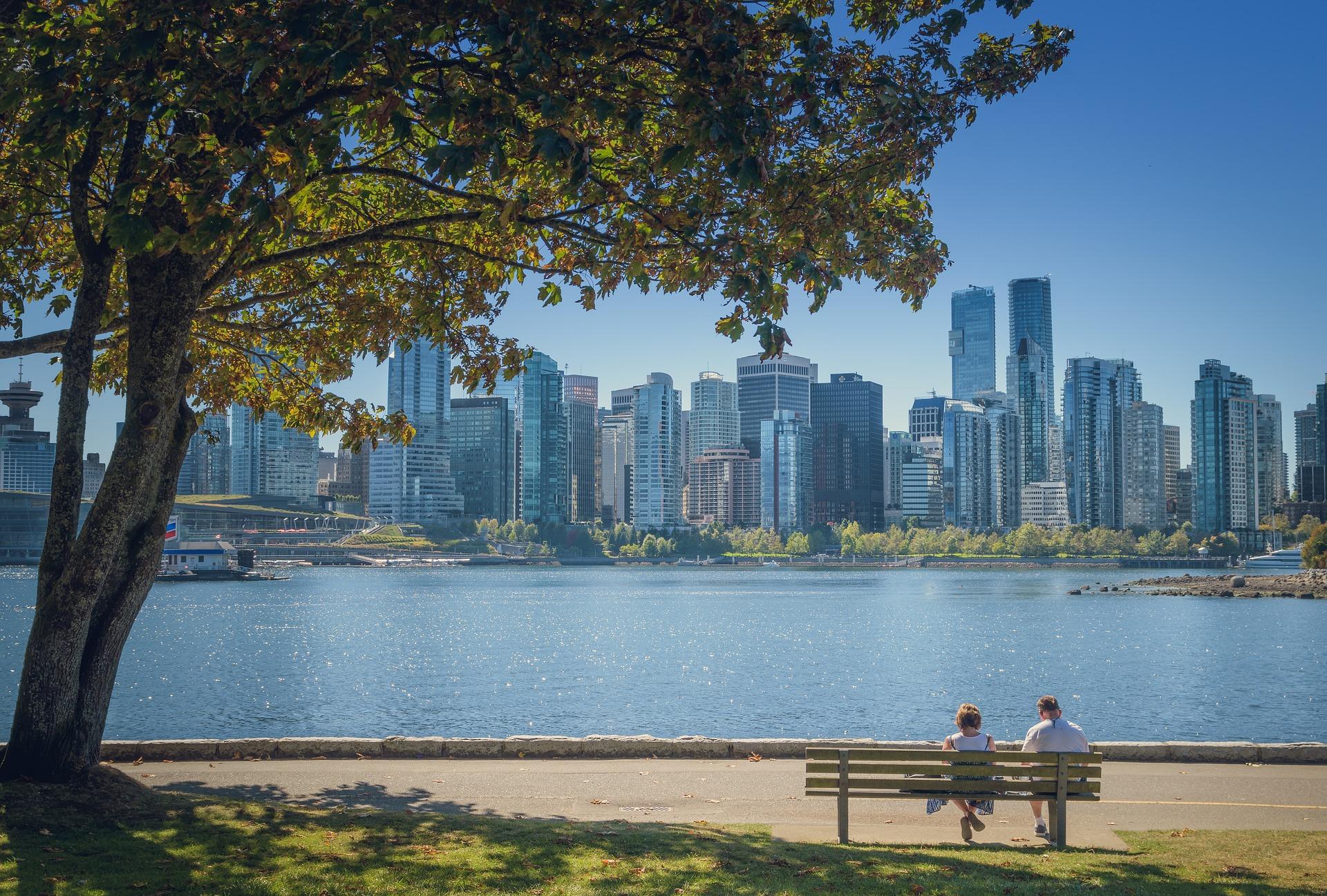 Stanley Park is a beautiful peninsula bordering Downtown Vancouver with massive trees. This is the greatest spot to visit in Vancouver if you want to get outside and enjoy some nature. The open park is encircled by a paved seawall walk, which is a great spot to explore on foot or by bicycle.
Inland, the park has a lot to offer, and you can easily spend an entire day visiting sites like Brockton Point’s totem poles or the Vancouver Aquarium. Spectacular vistas, either back towards the city or out to the beach, are commonplace throughout the park. 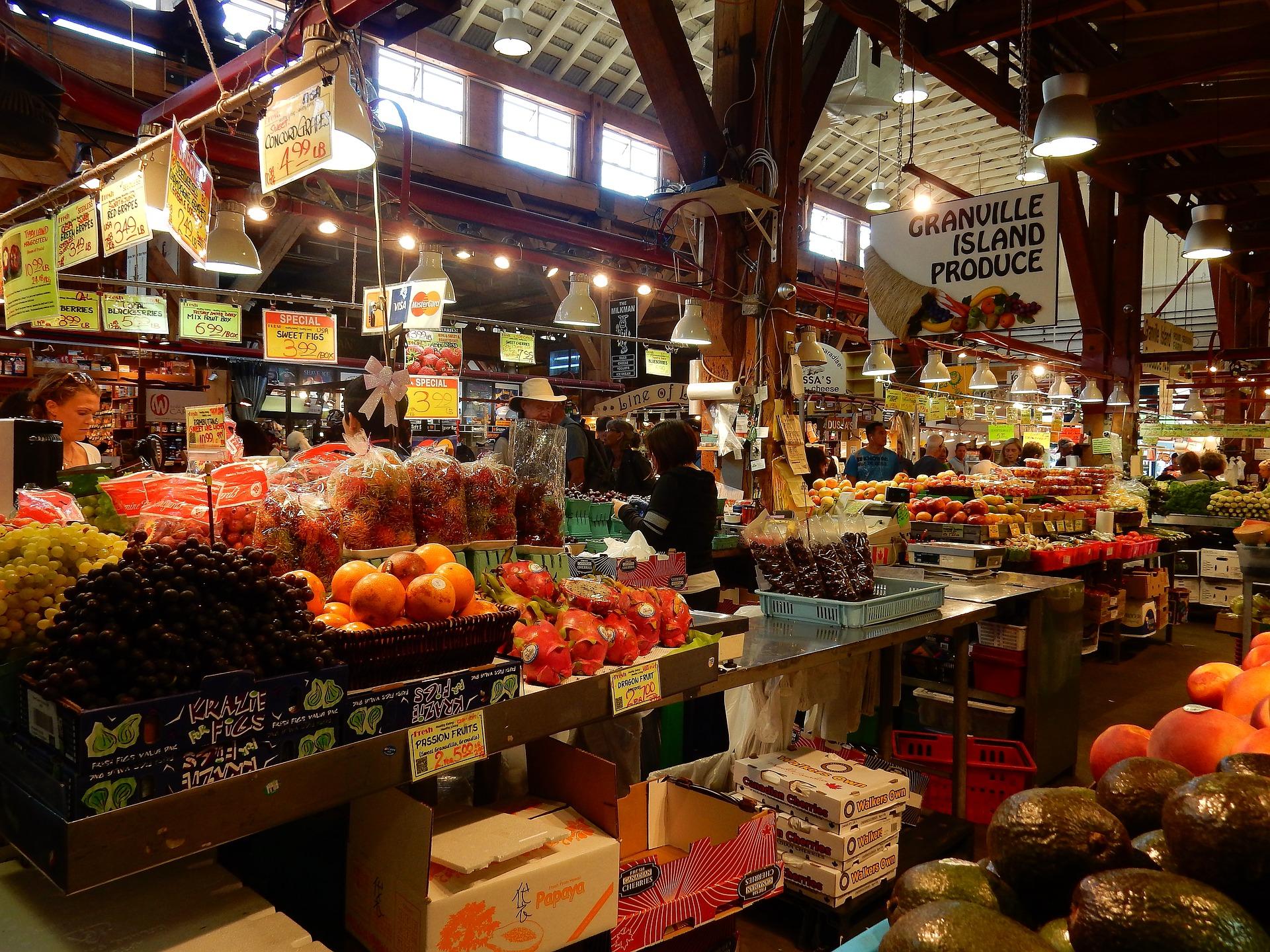 Granville Island, formerly primarily industrial, is today a vibrant hub of activity with a calm and unique vibe. Along with houseboats, theatres, galleries, and restaurants, artists and retailers have relocated into renovated warehouses.

One of the most popular attractions on Granville Island is the Granville Island Public Market, which sells fruit and vegetables, fish, and a wide range of other delicacies as well as ready-to-eat goods. The arts hub is connected to residential neighborhoods to the south through a road and footbridges, and to the Downtown peninsula via a ferry. 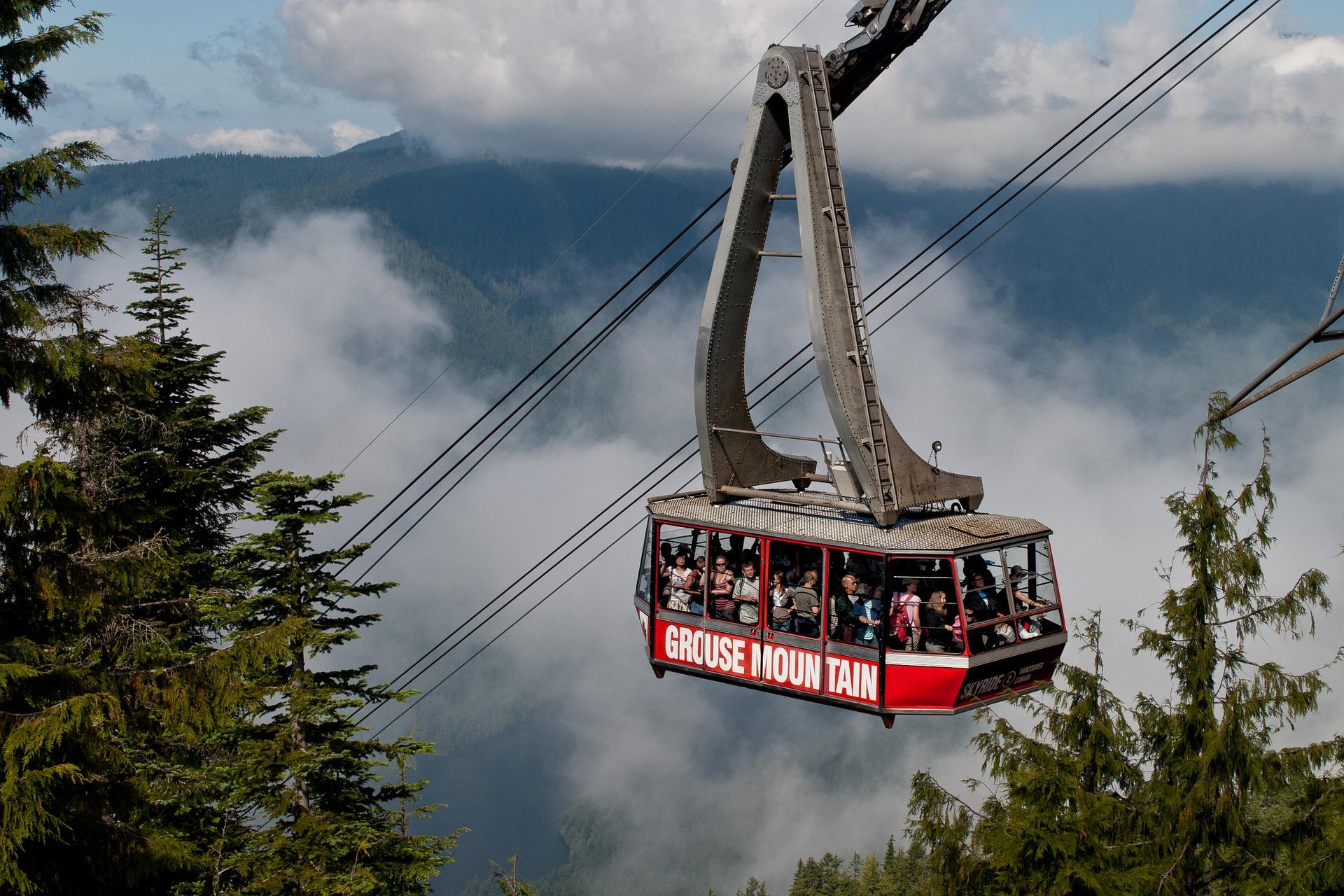 In clear weather, Grouse Mountain offers an unrivalled sight in both winter and summer. This is particularly true in the nights, when the city lights are turned on. A gondola runs daily from the street level to the summit, where year-round eating, activities, and wildlife await mountaintop adventurers. Mountain transforms into a winter paradise when the snow falls, with outdoor ice skating, snowshoeing, skiing, and snowboarding. Grouse Mountain is a great adventure, and the ski runs are not very tough. It’s also an excellent location for learning to ski.
Grouse Mountain is a hiker’s paradise in the summer, with routes including the fabled Grouse Grind, often known as Mother Nature’s Stair Master.

Gastown, the city’s oldest neighbourhood, is home to restaurants, galleries, and stores housed in meticulously preserved Victorian structures. The district’s particular ambiance is created by heritage structures, cobblestone streets, and iron lampposts. Canada Place is a short walk from Gastown.
When a guy named John Deighton arrived on the scene in 1867, Gastown was born. Deighton earned the moniker “Gassy Jack” for his propensity of launching into long tales.
In Maple Tree Square, a monument of the owner now stands guard over the neighbourhood. Also, Tourists go to the adjacent Steam Clock, which blows steam-powered chimes every 15 minutes, for photographs with Gassy Jack.

The unique roof shape evokes the image of a massive sailing ship. The striking edifice serves as a cruise ship terminal, a meeting centre and hotel, and a transportation hub for tourist bus excursions.
Panorama views and the Flyover Canada attraction, a flight simulator that assaults all of your senses while teaching you about Canadian geography, are located at the end of the pier. Waterfront Station, which is also close, is a significant transportation centre with boats sailing for Lonsdale Quay in North Vancouver’s public market.
A lovely waterfront stroll towards Stanley Park begins as you exit the building and turn right. You’ll witness seaplanes take off and land along the route, as well as large seagoing container ships sailing out to sea.

Modern structures stand beside numerous older ones dating from Victorian periods in Vancouver’s unique and intriguing Chinatown. Signs at businesses and restaurants, especially along East Pender, Keefer, and Main streets – the main retail districts – are frequently printed in Chinese characters. The lovely walled Dr. Sun Yat-Sen Classical Chinese Garden, fashioned like a classic Ming Dynasty garden, is one of the local attractions.
The Sam Kee Structure, which claims to be the world’s smallest office building at just two metres wide, is another worth visiting. Every year, the Chinese New Year is marked by a raucous procession. 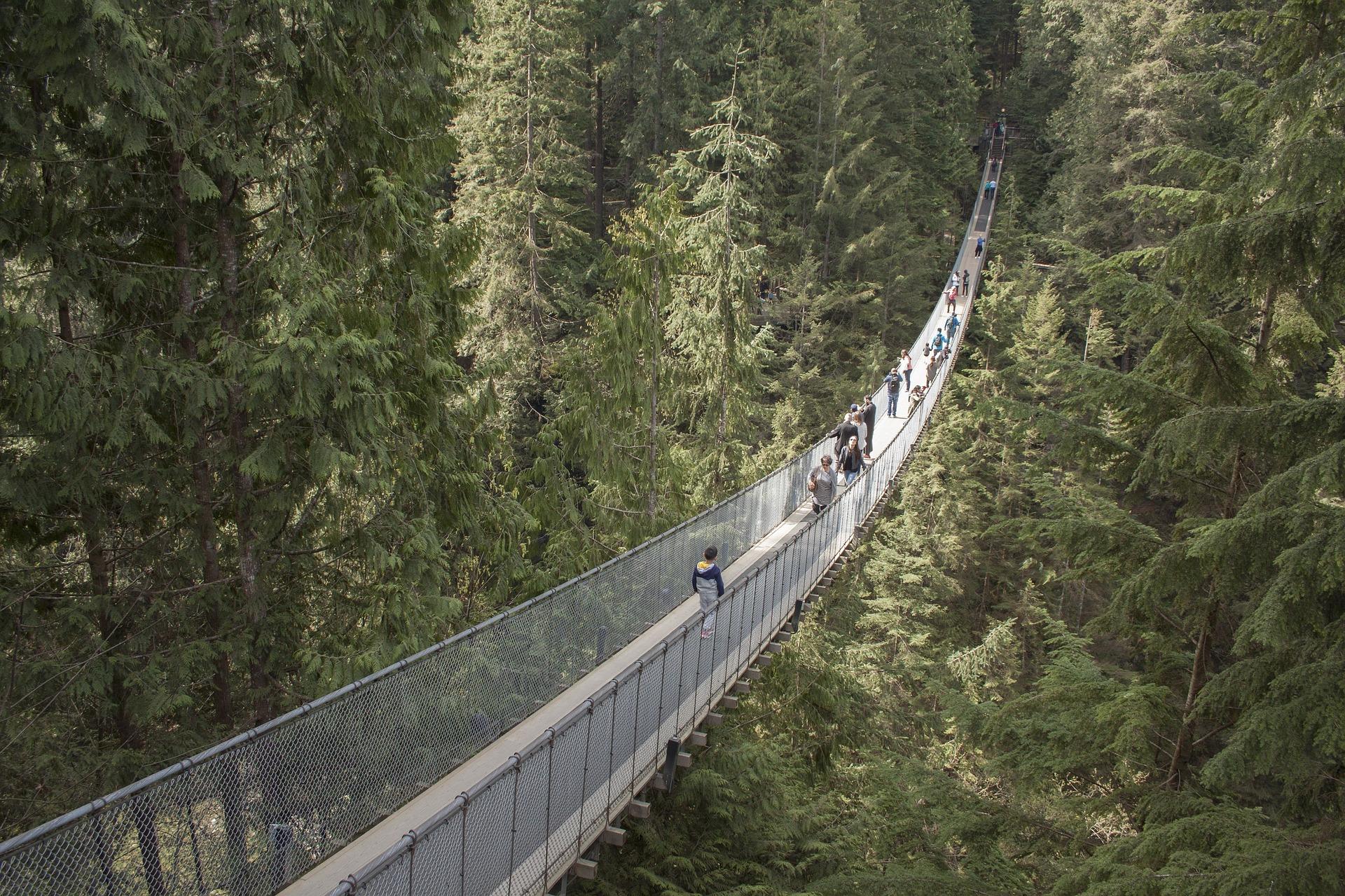 The swinging bridge over a plunging canyon was Vancouver’s first tourist attraction, which opened in 1889 and has been exciting visitors ever since. The footbridge spans a 70-meter-deep river gorge and leads to an activity area with forest paths and a treetop climb amid ancient giants. There’s also a totem pole collection and the Cliffwalk, a translucent hanging platform.

The highest point in Vancouver, Little Mountain, is located in Queen Elizabeth Park, and its lofty position provides magnificent views of the city centre and the mountains to the north. Pitch-and-putt golf, tennis, disc golf, and a visit to the vast outdoor arboretum are just a few of the activities available at the park. Escape to the tropical setting of the Bloedel Conservatory if the day is gloomy and cold.
Seasons in the Park, located in Queen Elizabeth Park, is a fantastic restaurant. Mid-morning stroll in the park, then stop in for lunch while taking in the spectacular views of downtown Vancouver. On a hot summer day, the underground Quarry Garden is a great place to wander. 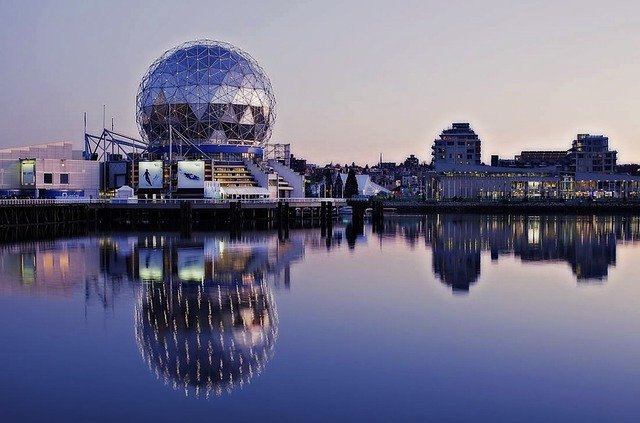 Science World’s futuristic sphere-like structure has a kid-friendly discovery center with 12 hands-on displays and presentations that explain phenomena. Water, air, mobility, and innovation are among the themes. Seeing a show on the five-story-high OMNIMAX screen, the world’s biggest domed screen, is one of the highlights.

Visiting exhibitions are frequently stunning and are a part of international tours. However, the structure, which has become a recognisable waterfront icon in Vancouver, was erected for Expo 86, a World’s Fair.