Top 10 Best Cities to Visit in Nepal, How to Reach, Best Time to Visit – The Tour Buddy

Nepal is an unbelievable and beautiful country. The birthplace of Budha, a trip to Nepal is a top Destination for many travellers. Nepal Tourism is renowned for its mountain ranges, a land-locked country between India and China. The small country consists of eight of the top ten peaks worldwide, one of the tallest and the 3rd biggest, including Mount Everest and Kanchenjunga in the world. Nepal is full of possibilities, not just for the adventure, but also in all respects, from pilgrimage to touring. This vibrant tourist destination will drive you to the limits, occasionally surprise you and make you fall in love with it many times. In this Article we are going to share top 10 Best Cities to visit in Nepal. 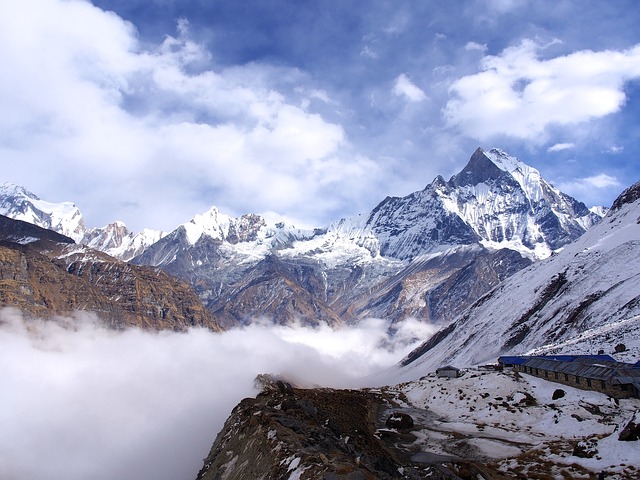 What is the Best time to visit Nepal?

Between October and December, it is the best time to visit Nepal when there is clear blue and amazing views. The temperature will vary in regions and remains dry until around April.
January and February, in particular at night, may be very cold with average temperatures of 6°C. But clear skies, unbelievable views and quieter trekking paths will make you more rewarded because less visitors are there.
Spring in May is a lovely time to journey, the rhododendrons flowering.
In June it’s the monsoon season and ends in August, with clouds darkening the gorgeous view over the mountains. The strong rain and weather conditions are making it difficult to travel and many places close down, so it is the best way to avoid the country today.

How to Reach Nepal?

By Air: Getting to Nepal by air is a quick and easy choice, particularly with multiple airlines serving from all major cities around the world. However, only a few of them are nonstop, with the majority of routes making at least one stop in between. The Tribhuvan International Airport in Kathmandu, Nepal’s capital city, is currently the country’s only international airport. If you do decide to travel by plane, make sure to book your tickets ahead of time, as flights can fill up quickly, particularly during peak trekking season in October and November. While Tribhuvan Airport has limited facilities, there are ground transportation options.

By Road: Road travel is a cost-effective and scenic way to enter Nepal, with six border crossings with India. Sunauli, near Bhairahawa, is the most convenient crossing point for those coming from Delhi or Varanasi. Regular direct air-conditioned buses as well as private cars for hire are available from both cities. The Raxaul border crossing, which is accessible from Patna and leads to Birganj in central Nepal, is another famous crossing. This entrance is open to those travelling from West Bengal or Bihar, with bus services and hired cars available. The Panitanki and Banbasa crossings, which take you to Kakarbhitta and Bhimdatta, Nepal, respectively, are the next two most common crossings.

By Rail: As Nepal has Border with India and China, One can travel from India easily. The main passenger train line between India and Nepal runs from Gorakhpur, Uttar Pradesh, to Janakpur, Nepal, where it crosses the Sunauli border. There are numerous options for trains from local Indian cities to Gorakhpur, including the Chauri Chaura Express, Kashi Express, and Sapt Kranti Superfast Express. Once there, you can take public buses or taxis to Khatmandu, which takes 6 hours. However, China–Nepal Railway is a planned railway between China and Nepal.

Now Coming to top Cities, here are the must Visit cities in Nepal

Kathmandu is the cultural capital of Nepal. As all flights from abroad land at the city airport, it is a place where most adventures start in Nepal. Kathmandu is a vibrant metropolis with a population of over 1million inhabitants and is a chaotic blend of touristic stores, trekking agencies. Situated above a forested hill, Swayambhunath’s ancient Buddhist complex provides a picturesque view over the Kathmandu valley and is a must-see. The Swapna Bagaicha, also known as the Dreams Garden, is another famous place with tourists. This is a perfect place to escape the business of Katmandu, if you’re looking for a peaceful location.

Top Places to Visit in Kathmandu

On the old trading route to Tibet, just out of Kathmandu, is the third of the “Royal Cities,” The trade route was an arterial link and an important source of wealth for Bhaktapur. The relatively distant existence of the city at that time allowed it to grow separately and differently from the two other cities.
The population of Bhaktapur is predominantly Hindu, unlike Patan and Kathmandu. In Durbar Square, where several temples stand besides the royal palace, is the best place from which to begin a tour of the city. The whole area is a World Heritage Site by UNESCO. Many buildings at Durbar Square in Bhaktapur have been damaged by the earthquake of 2015, the main temples are close to complete repairs, but progress has not been made so swiftly in many surrounding area.

Top Places to Visit in Bhaktapur

In addition the city, known as “Lalitpur,” which translates literally into the “Lovely City,” Patan is one of the best places to visit in Nepal, packed with exquisite architecture, wood carving and religious artwork.
Patan is a popular tourist resort and is famous for its rich architecture, wonderful wood sculptures and the spiritual feeling of its surroundings. Patan had more than 1,200 monuments, each special in his own way, before the devastating earthquake in 2015. However, plenty tourist attractions are still around to enjoy.

Top Places to Visit in Patan

Janakpur has been once the capital of the century-old Indian kingdom known as Mithila in south-center Nepal, on the Terai plains, and the Maithili culture continues to flourish here.
Hindus claim that Janakpur is the location of Lord Ram’s wedding Sita, also known as Janaki, and the anniversary of the marriage by thousands of Hindus from all over the World, to Janaki Mandir’s temple. The huge marble building of the 19th century is the largest temple in Nepal with a three-story construction and 60 rooms. Janakpur is well-known for the over 100 holy swimming pools and pools spread all over the calm city.

Top Places to Visit in Janakpur

Lumbini is famous for being the residence of the historic Buddha, the Buddha Shakyamuni, Siddhartha Gautama. Nearly 250 km from Kathmandu, situated on the main touristic trail, Lumbini is worth a detour to the Chitwan National Park from Pokhara.
There is a sense of calm in this pilgrimage area, a UNESCO World Heritage site. Most tourists are Buddhist pilgrims from all over the world, who follow the footsteps of the Buddha through the stations of his life. The Mayan Temple Devi, dedicated to the mother of Buddha, is thought to be the site of the Buddha’s birth. It contains an old stone relief dating from the 2nd century AD which represents the birth of Buddha.

Top Places to Visit in Lumbini

Pokhara is Nepal’s ideal place for relaxation. Yes, you don’t think the region boring with little more to do but enjoy the lake and the surroundings or spend hours in the comfortable hotel that you have reserved. As the “Gateway to Annapurna Circuit,” Pokhara offers amazing paragliding possibilities, and yet holds its balance and peace of mind as one of the places you will never forget in Nepal.
The Seti river, flanked by Pokhara, offers explorers an opportunity to experience spellbinding rafting on white water. There are also many hiking routes that are the foundation of this lovely destination in Nepal.

Top Places to visit in Pokhara

The Nagarkot mountains and the Kathmandu valley are the best known views. The village of around 4500 inhabitants is situated on a high ridge northeast of Bhaktapur and offers a bay of eight Himalayans. There are many attractive hotels in every price range in Nagarkot, several of them within walking distance of the Nagarkot View Tower, regarded as the best place to see the sun rise over the Himalayas in Nepal. Ideal for those travellers who are interested in Himalayan beauty and majesty without hard physical activity.

Top Places to visit in Nagarkot

Dharan is a lovely city on the foothills of the Mahabharata Range. The town has 2 areas, one with banana plants, bamboo hills and rustic shacks, while the other has a rural feeling and quiet streets with sophisticated bungalows, nice pavements and a country club with a course, making this one of the most popular tourist destination in Nepal. The two areas are separated into a dusty and overwhelming market with a lot of shopping opportunities.
Dharan is also regarded as a Shaktipeetha, where one of Lord Shiva’s limbs, Lord Shiva’s consort, fell. Dharan, therefore, is both a Hindu pilgrimage and a sanctuary for nature lovers.

Top Places to Visit in Dharan

Bandipur in Nepal is the place to go if you want a peaceful retreat with traditional culture and peace, relaxing days filled with countryside walks, wildlife, and mountain views. It’s no surprise that we consider it one of Nepal’s most beautiful destinations. The Siddha Gufa (Caves) and its Newari community is best known to Bandipur. The hilltop town of Bandipur will make you feel like you’ve been back in time, with beautiful row houses, ancient temples and monuments. Surprisingly, Bandipur has an abundance of things to do. The first is to unwind and enjoy the respite from Nepal’s hustle and bustle. There are numerous reasons why this small hilltop village is known as “Nepal’s Warm Heart.”

Top Places to Visit in Bandipur

Biratnagar is the capital city of the province of Nepal, situated close to the Indian border, in Nepal. The first largest industry in Nepal and the famous Kali Mandir, which has great religious significance in Hinduism in the region, is popular for their Jute Mills. Named after King Virat, the city serves as the entry point for many eastern Nepalese destinations such as Baraha Chhetra and Ilam. There are busy weekly markets in various Biratnagar areas, which are sold here as a touristic attraction as spices and handicrafts.

Top Places to Visit in Biratnagar

Explore these amazing Cities to see in Nepal and share your amazing experience with us!