Top 10 Best Cities to Visit in Australia, Best Time to Visit, How to reach – The Tour Buddy

Australia Tourism is a dream-like land. Australia, the world’s smallest continent and biggest island, is about the same size as the United States, but with a population the size of the state of New York and some of the world’s most unique species. The Country is indeed a land of stunning elegance and staggering comparisons. You will visit lively multicultural towns along the coast, huge sand islands, ancient rainforests, and one of the most awe-inspiring natural wonders on the planet – the Great Barrier Reef. In this article we are going to share 10 best cities to visit in Australia. 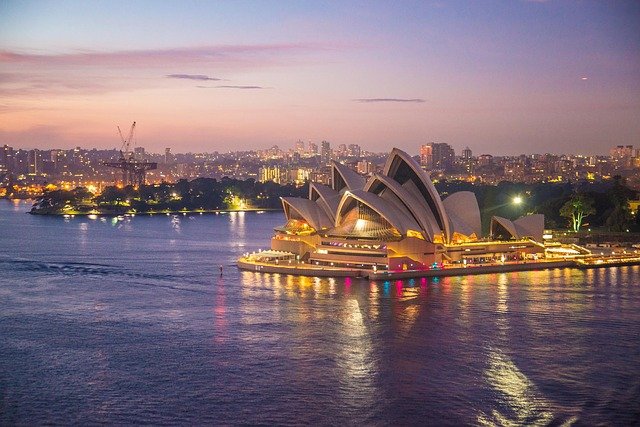 What is the Best time to visit Australia?

The seasons in Australia vary from those in the Northern Hemisphere from December until February in summer, and from June until August in winter. The exact type of weather that you encounter largely depends on the location.

How to Reach Australia?

By Air: The fastest and most comfortable route, and of course, by flight, is a realistic way to reach Australia. You can notice direct or indirect flights reaching different cities in Australia from the main cities around the world.

Melbourne and Sydney host both international and domestic airlines as main airports. Sydney Airport, also referred to as Sydney Kingsford Smith Airport, is one of Australia’s biggest and busiest airports, preceded by Melbourne Airport.

By Water: By water, a not-very-common way to reach Australia is. There are many cruise companies that take you across the Pacific Ocean to Australia if you are in the mood for a cruise. Usually, the months when the cruise season is successful are November to February. You will take a one-wat cruise to Australia and opt to fly back home on your return trip. For those who have their own yachts, another exciting choice is to sail to Australia. But before you start on this journey, refer to the laws and regulations of Australian Customs and get acquainted with them.

By Road: It is apparently quite unlikely to enter Australia by road all the way from another country. However, Australia is a great country to explore by road because it is excellent and ideal for travelling along the highways that connect all the major cities. To drive through towns and areas in Australia, you can rent cars or even motorhomes. Although the roads are well kept, before going down, make sure that you check the road conditions. Often, making sure that you’re insured is imperative.

By Rail: For obvious reasons, no trains to Australia are available. However, it is easy to travel between cities like Sydney, Canberra, Melbourne and Brisbane throughout the country using rail services. In 3 days, Sydney, Adelaide & Perth are linked by the famed Indian Pacific, crossing the great Nullarbor Plain in the process. Comfortable XPT trains connect Sydney with Melbourne & Brisbane in the East at reasonable rates, and Queensland Railways connects Townsville & Cairns with Brisbane.

Now Coming to top Cities, here are the must Visit cities in Australia

Sydney, which is modern and elegant, is one of Australia’s best tourist towns. If you enjoy the great outdoors, you’ll love Sydney with the fantastic beaches and the blue mountains at the entrance. A diverse culinary scene ensures that you won’t have to eat or drink only a few great locations. The Sydney Opera House is the best-known landmark of the region, which offers tens of live events and dining in the top-class Bennelong restaurant.
The Harbor Bridge is the ideal location to take pictures in the vicinity. For panoramic views, ascend the 134m long Harbor Bridge.

Bondi is a must-visit with its beach, surfing and calming atmosphere. Take the water in a kayak and see the harbour differently. Food and beverage in Sydney are among the world’s best so dine at a popular restaurant, such as Quay. Whether it is trendy, indie-design brands or stores, go shopping before you go to the largest shopping malls in Sydney.

This city is both weird and geographically located outside. There are also the most reported blue sky days so if you’re pro sunshine all year round, this is one of Australia’s best places to live. Astride the winding Swan River, with a series of pearly beaches nearby, a beautiful setting offers the ultimate outdoor adventure playground. Sailing, diving, fishing, and boating are all common activities to do, and the stunning Kings Park brims with natural bushland and panoramic views in the middle of the area.

Perth, in spite of its sprouting skyscrapers, also rates as one of the most livable cities in the world. Without the hassle of arranging your journey, travelling large distances, or coordinating boat trips, a coordinated tour is an easy way to see the sights around this lively city.

On many Australian route, especially for cultural vultures, Melbourne is Australia’s second largest city. Galleries, theatres, restaurants, stores and its distinctly European character are the main attractions of this sophisticated city on the Yarra. It is also a green area covered by parks, gardens and open areas around one third of its total area.

Best places to visit are The Royal Botanical Gardens, Federation Square, the National Gallery and the Melbourne Cricket Ground where fans of sports can enjoy cricket in the summer and Australian Rules football during the winter are the most interesting places for visitors to see. Selling fruits, vegetables, clothing and crafts has been a hundred years long at the elegant Royal Arcade on Bourke Street, as well as Chapel Street; the Melbourne Central Shopping Center; the Queen Victoria Market. To the east, greater Melbourne extends into the amazing Dandenong Ranges, and to the south into Mornington Peninsula, where many local people escape for daily trips or sea breaks.

Fremantle is the colourful part of Western Australia, where the old city meets new ones and the atmosphere relaxes and is easy. ‘Freo‘ – as people name it – is always done from Perth as a day trip, but a much more extensive visit is deserved. The city offers an extremely rich colonial and maritime past, an eclectic cultural experience, and a world-class culinary scene.

Perth’s port city of Fremantle, well-known for its maritime heritage and Australia’s largest convict-built jail, is now well known for promoting the arts, from local to national artists. It is a must-visit for all visitors and a common option among the locals for a day or night out.

The Tasmanian capital, Hobart, is a town centering on a beautiful riverside with historic houses, modern galleries, and modern restaurants. As rapidly as its art scene, the urban food culture is rising. On the edge of Tasmania’s vast wilderness, Hobart is ideal for lovers of nature and wildlife, who don’t want to go far from society. There are historical warehouses, a fishing harbour and several seafood restaurants on the waterfront.
From the natural history of the island to its art scène The Tasmanian Museum and Art Gallery is exploring everything.

The controversial Mona – Museum of Old and New Art is irreplaceable. Hobart is a city for fans and tourists to North Hobart’s restaurants, discover Salamanca or take a beer from one of the breweries of the city. The city was built on the magnificent Derwent River, and you can go to the river by kayak on a boat or water taxi. Walk up the wellington mountain for a beautiful view. Hobart is one of the few locations where Aurora Australis can be seen.

Back in 1913, the capital of Australia, Canberra, began life as a planned city, and slowly but surely became a vibrant and charming town. Affectionately called the “bush capital,” in the north of the Australian capital, the city is surrounded by beautiful nature reserves and low-lying mountain ranges.

The flourishing metropolis is host to world-class museums, art galleries and national Monuments, formerly home only to politicians and officials. There are many stores, restaurants, and bars and there is a pounding nightlife scene with its large student body. While young, the city has many historic attractions, many of which concern its Parliament and state institutions.

Darwin’s small stature, a cosmopolitan city, testifies to its rich Australian cultural heritage. It is a multicultural site with an eclectic blend of Asian and Aboriginal influences containing people of over fifty nationalities.

It’s so interesting to visit this place. A laid-out town on the shores of the Timorese Sea, in the north of the island, many people stop at Darwin and explore nearby Kakadu and litchfield national parks and the stunning Tiwi Islands with its natural beauty.

Brisbane is Australia’s third largest city, and the capital city of the Sunshine State is blessed by a nice climate year round. Therefore, an infinite range of outdoor events are taking place in order to pump your blood. Brisbane is a city with the oldest and indigenous inhabitants of Australia thousands of years ago. The city has riversides, islands and beaches on the winding Brisbane River and is a playground for water lovers. If you like music, cycling and outdoor sports, you love Brisbane.

There’s no excuse to be a couch potato in Brisbane, from kayaking to climbing to hiking and cycling. Restaurants, pubs, music clubs and much more from the waterfront are on the banks of the Brisbane River. It is a dynamic and vibrant community with great optimistic attitudes towards the future. Thanks to its talented local Australian music scene, it is now also one of the world’s capitals for music.

The city of Cairns is surrounded by rainforest and is just one thing – visitors. Therefore, when you arrive, in a friendly town with a laidback environment and nothing in the way of sights you find hordes of visitors.

The spectacular Great Barrier reef is the main reason people visit the city. Cairns is however blessed when it comes to incredible natural wonders. The boat can easily visit this amazing natural attraction and there are a few islands where you can stop. Many people use it as a gateway to the area and the Queensland Outback and Daintree National Park are not far away.

It is a metropolitan coastal town. However, much quieter than Sydney or Melbourne but full of Australia’s biggest attractions. The South Australian capital fills with people and pop-ups during the annual Adelaide Festival and Fringe. But do not allow this to make you think Adelaide is just enjoyable in the festival season. A lot needs to be seen and done all year round. In these last years a lively street art and street food scene has brought new lives into the urban scene, whilst the city’s nightlife is being stimulated by a small-bar revolution. Furthermore, there are sensational beaches, wineries and fauna sights. These are easily accessible and you have everything you need to make for the best holidays.

Explore these amazing Cities to see in Australia and share your amazing experience with us!